OrthoLite Milestone: Inside the Insole Maker 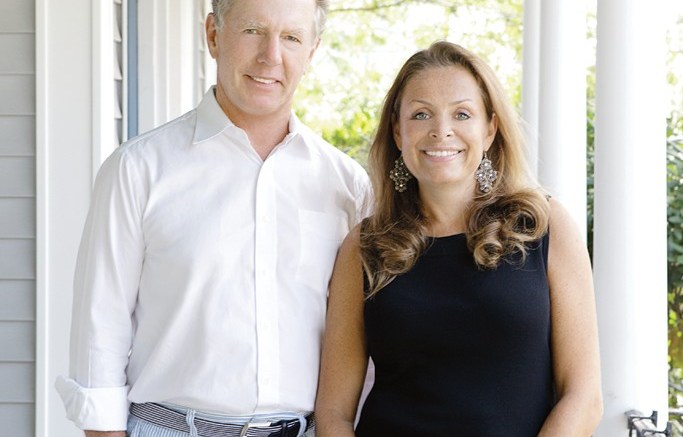 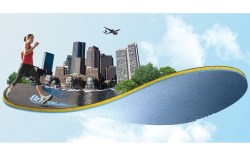 Insole producer OrthoLite Inc. likes to think of itself as the “Intel inside” a shoe. Since the company’s launch in 1997, its signature open-cell foam insoles have set new standards in comfort and durability. Today, OrthoLite products can be found in more than 100 million pairs of shoes worldwide in brands from athletic powerhouses Nike and Asics to fashion labels Prada and Kenneth Cole.

The Amherst, Mass.-based company, co-founded by CEO Glenn Barrett, is now owned by Barrett, President Pam Gelsomini and an outside investor. Despite a tough economy, business has risen, according to executives, with 25 percent growth expected in 2012. “We’ve done a good job of establishing the brand at this point,” said Gelsomini. “Now, [the goal is] to stay in front of our branded partners on a regular basis so we’re constantly part of their development cycle.”

U.S. brands make up 80 percent of OrthoLite’s 125 partners, with the remainder based in Europe and Australia. Gelsomini said OrthoLite is currently in the product-development stage with an additional 40 to 50 brands. There are also opportunities, she noted, in non-footwear products. “Once many of the branded companies, like Reebok, Adidas and Nike, spec us into one category of footwear, such as running, there’s always growth in other categories, [such as] training, basketball, tennis, etc.,” she said. “Then, the equipment and apparel teams catch on. We’re working on many different products that are non-footwear.” Non-footwear business accounts for 2 percent of company sales.

To better serve its domestic and overseas client base, OrthoLite produces its insoles closer to areas where its vendor partners are manufacturing. OrthoLite has plants in areas ranging from China to new regions, including Vietnam. “Local sourcing is critical to meet their needs,” she said.

While OrthoLite continues to distinguish itself in the insole market with innovative as well as customizable products, next year, it will begin rolling out components that can be applied to additional areas of the shoe. Within the next 12 to 18 months, OrthoLite plans to expand its aftermarket insole business beyond its current distribution on Amazon.com to sporting-goods retailers.

Barrett and Gelsomini realize that the company’s vendor partners could develop their own insoles, but they are not the least bit intimidated. “There’s always concern that companies will come out with the next best thing, be it Nike or another supplier,” said Gelsomini.

“I think we’re so established with brands that they look to us to do that. They look at us to see what’s next on the docket.”

Here, Footwear News talks with the executives about remaining innovative, overseas expansion and brand-building outside the footwear arena.

What has been the biggest change in the insole industry since you first launched?
PG: People are building shoes so differently now. [Today], you have minimal shoes, extreme sports, toning. There’s a lot more interest in footwear, a lot more funky innovation. That ties into how [brands] incorporate us into those technologies.

Are consumers willing to pay more for shoes with branded components?
PG: Undoubtedly. We offer a range of products so that we’re affordable across the entire line of any [of our] customers. We offer products as low as 30 to 50 cents a pair, and then we go all the way up into products that are $1.50 to $2 a pair within the shoe. So it makes it very affordable for the footwear brands to put us [in] across the board. I absolutely think brands feel that adding an OrthoLite insole can bring them more profit.

Who is OrthoLite’s competition in the insole market today?
PG: There isn’t any, really. Spenco, Superfeet or Dr. Scholl’s, but that’s all in the aftermarket sector. We’re doing very little aftermarket [business], but we’re looking to go there. There’s Poron, but that’s not really a competitor because it does different things. We even use its products ­— a heel pad or a strike pad — in our components. [There’s] EVA, an inexpensive plastic piece that’s put into a lot of shoes because of the low cost. [However], I wouldn’t necessarily say it’s a competitor. Very slowly but surely, we’re replacing much of the product that uses EVA with OrthoLite.

Now that the company is 15, how have you evolved the product?
PG: We started with one formulation, but over the past 15 years, we’ve developed many others. We’ve developed a higher-rebound compound called X-40 [and] slow-recovery foams called Lazy. We’ve developed eco-friendly compounds that replace the petroleum in the foam with a bio-oil formulation. We’ve worked very hard at creating a family of materials rather than just that one original material. When we go to our customers, we create a customizable story. That has been a critical part of our success.

How important is the green movement?
PG: We have some foams that have eco content in them, where we replace [the petroleum] with bio oil. But overall, we make polyurethane products, so we put as much eco content into [them] as possible. All insoles have recycled tire crumb, which are ground rubber tires and ground rubber shoe soles. [For] Nike, we use their ground-up recycled shoe soles [for] their products. [Nike] has a company that grinds up all their waste, and we buy it to put it back into their insoles. That’s our signature as well. It’s how we stand out when someone pulls an insole out. It’s colorful with the little black specks in it.

Outside of footwear, what other segments are fueling business?
PG: We’re doing some apparel padding. If you’ve seen basketball players and football players wearing compression shorts, there’s padding sewn into the shorts. We do a shooting sleeve for basketball where there’s padding on the elbow, [and we do] chest protectors. We’ve done backpack straps, padding for protective equipment, baseball gloves, kneepads for volleyball. We’re just beginning to target the non-footwear segment. Backpack straps for JanSport was five or six years ago. That was our first entry into non-footwear.

What are your plans for the aftermarket category?
GB: Well, you can buy [our insoles] on Amazon.com, but that’s it. What’s happened is, we’re dedicated to servicing brands, to being a component part. The reason we started offering our product on Amazon, honestly, is because there was such incredible consumer demand. However, our future definitely dictates that we’ll have a retail launch. We’re going to look at it seriously in the next 12 to 18 months. We [offer hang tags] and do aftermarket packages for co-branding OrthoLite with Merrell, Timberland and Hi-Tec. That means [that if] Merrell wants to sell extra insoles to their retail customer, we package [one] that says Merrell and OrthoLite on it.

What have been OrthoLite’s biggest challenges in a tough economy?
PG: We’ve always been a little higher in price than commodity items like EVA or poured polyurethane. We’ve been challenged with holding, or lowering, pricing when our raw material and labor costs have increased several times over the past two years. Every increase you hear about in petroleum affects our raw-material pricing, as do the frequent increases in China’s labor costs. We’ve battled this challenge by working closely with our brand partners on customizing OrthoLite products that can be put into their shoes at lower price points. [We’ve also] created volume-pricing scenarios based on using our foam in a larger portion of their shoes. In addition, we’ve worked very hard on creating production efficiencies at our factories to lower our overall costs.

As prices in China rise, does it still make sense to manufacture there?
GB: People are afraid to have all their eggs in one basket. When you’re talking to the brands, that’s a great question to draw them out — how much of your sourcing in the future do you think is going to be from China versus other [countries]? I’ve had brand managers in China say to me, “In 2014, we’re going to have 30 percent of our product [coming] from China, 30 percent from Vietnam and the rest will be from Indonesia, Bangladesh and Cambodia.”

As a smaller, independently owned company, how do you manage to keep up with research and development?
PG: We can’t afford not to. We’re all about innovation. It’s a huge part of what has made us successful — not being a one-trick pony. We have a staff in China headed by a chemist who has done an amazing job of taking direction from our customers and creating insoles [to] meet their needs. We have an [in-house] lab, and our factory has its own systems house where we have the ability to create our own formulations. Most companies buy chemicals from other companies.

Going forward, where do you see the greatest growth potential?
GB: We are developing two materials now that will be suitable for midsole polyurethane material. It can be applied in other places in the shoe. What we’re trying to do is bring more technology, more technical componentry.