One to Watch: Louis Leeman 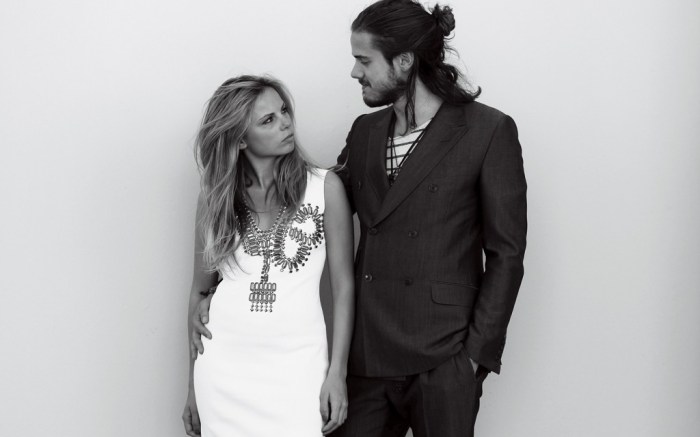 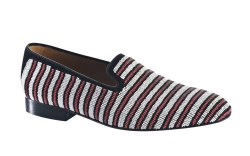 When Bergdorf Goodman expanded its men’s shoe floor this fall, the retailer showed off some of its newest finds in the store window on Fifth Avenue. Alongside Florsheim by Duckie Brown and others sat two styles by Louis Leeman — a name previously unknown to most male consumers.

“Customers are less familiar with Louis Leeman [than other older brands], but [many have] gone crazy for his cool, young take on a formal slipper,” said Mimi Fukuyoshi, VP and DMM of men’s sportswear and shoes at Bergdorf Goodman. “The Venetian silhouette used to just be for black tie, and now guys are wearing it a little more liberally.”

The Louis Leeman brand, which debuted for spring ’12, was picked up by Bergdorf Goodman this fall and by Saks Fifth Avenue in New York and Beverly Hills, Calif., for spring ’13. Eric Jennings, men’s fashion director at Saks, said the brand was a clear standout for its unique style.

“I see everything in the market,” said Jennings. “And to see something that entices you, inspires you and is commercially viable is very rare. That is what we saw in Louis. We really wanted to put it in more doors, which is unusual for a new brand, and that says a lot about how strongly we feel about it.”

“There is so little choice in men’s shoes, especially if you are looking for something a little different,” said Leeman. “So we are trying to find new ways of making a shoe and new techniques to put into the shoes, while keeping them wearable. Because I believe that is also very important.”

“They are classic shoes with zest,” added Pelosini.

Price points range from $450 to $1,100 for the handmade footwear, which is manufactured in the same Italian factory as Dolce & Gabbana and Tom Ford.

Leeman trained at the Polimoda International Institute of Fashion Design & Marketing in Florence, Italy, where he met Pelosini. They continued their studies at the Instituto Marangoni in Milan, and afterward moved to Paris, where they now reside.

Leeman, who has done commercial tailoring, was recently tapped to collaborate with Roberto Cavalli on a two-tone slip-on for men. “It’s not our style, but we get into it,” Leeman said of the project. “It’s tough because you can’t do everything you would like to do [and must] compromise a little bit.”

But it’s the collaboration with each other that excites Leeman and Pelosini most. The design process, they said, is an equal exchange.

Added Pelosini, “The funny thing is that we are opposites, so sometimes when we put the ideas together, it really works. At Vogue, I get to view the new styles [each season] and I know what the editors are looking for. And with his past as a tailor, he knows what works [technically] in the shoes.”

The spring ’13 collection takes its influence from footwear worn by Spanish matadors. The styles include penny loafers, moccasins, oxfords, high- and low-top sneakers, ankle boots and slippers, many made of mixed materials with studding, metal details and beading.

While some looks are truly fashion-forward, Pelosini said the overall collection should appeal to a variety of consumers.

“We also offer some things that are a bit more classic,” she said. “I feel like there is a shoe for every kind of man that is still our personality.”

And while the couple has made it look easy to launch a high-end brand, Leeman said they have faced challenges along the way.

“In the beginning, when you are small, suppliers and manufacturers want to see [that you will last] because some brands stop after only a season,” he said. “Luckily, we had that base, so we could do it the one way [we wanted] to do it.”

Louis Leeman and Erica Pelosini
Ages: Louis, 28; Erica, 27
Inspiration: “Many women’s designers because [they made me think], ‘This doesn’t exist for men,'” said Leeman.
Most exciting moment: “There is going to be a billboard [for the brand, thanks to Saks,] in West Hollywood,” said Pelosini.
Signature style: “I really love our penny loafer because of the shape and how we’ve added a gold [piece to the toe]. We have one with studs,” said Pelosini.