One to Watch: Daniele Michetti 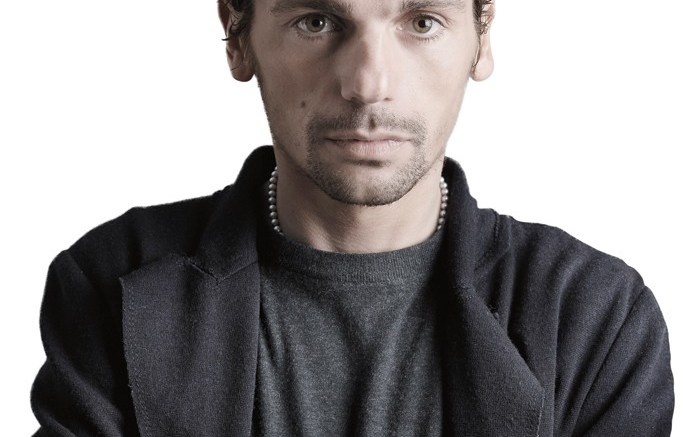 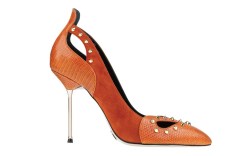 Daniele Michetti is proving he has what it takes to lead his own luxe label.

After working behind the scenes for more than a decade at some of the world’s biggest fashion houses, including Yves Saint Laurent, the Italian native launched his own high-end collection for fall ’09.

“When you work for a brand, you must be good at expressing [its] philosophy and know-how,” Michetti said. “In my line, I can just be myself, drawing and freely expressing my view of women through what I feel at that moment.”

Michetti’s eponymous label retails for $595 to $1,195 and consists of ladylike silhouettes with an edgy sensibility. Styles include sandals in colored exotics and booties with woven details. The line is available at Podium in Moscow; Antonioli in Milan; and other international shops.

Jonny Alvarez de la Cruz, junior buyer at Boutique Coltorti, with locations throughout Italy and Miami, picked up Michetti’s spring ’12 offering. At the retailer’s Miami and Ancona, Italy, shops, the line sits next to high-end names such as Giuseppe Zanotti, Gianvito Rossi and Lanvin.

“We saw it was a very sophisticated collection, but it still had that level and research that is lacking in other [new] brands,” said Alvarez de la Cruz, noting that Michetti’s reputation as a talented designer also played a part in the decision to carry the footwear. “When we found out he was doing his own line, we wanted to take advantage of that.”

Michetti’s position at the helm of some major global brands has been a boon for his nascent line. He started his career as a designer and product manager at Santoni, where he spent 10 years, before landing positions in men’s accessories at Burberry Prorsum and then Yves Saint Laurent, working alongside Roberto Menichetti and Stefano Pilati, respectively. In 2010, he became the men’s designer for Sergio Rossi and began a relationship with Tod’s in special women’s projects (he still holds both positions today). Still, the designer said he finds plenty of time to focus on his own collection.

“It was important to create my own line to show the market and people the real Daniele Michetti and my vision of the woman,” he said. “I constantly seek new cuts and applications, and play with materials and colors to emphasize the femininity of the foot and the wearer. Women’s collections are closer to art.”

And though Michetti cut his teeth at some well-oiled fashion machines, he admitted that starting his own brand wasn’t easy.

“The biggest challenge was to get involved in roles that I had never done. I was the designer, but at the same time the producer, customer care person, [businessman] and public relations [representative],” he said. “But I love the hard challenges. In a sense, they help me [grow].”

The hard work has already paid off. Michetti was honored with Vogue Italia’s “Who Is On Next” award for women’s accessories in 2009, right after his brand’s debut.

“Perhaps the biggest [payoff] is to do a job that is also my first hobby,” he added. “I’m convinced that accessories are often more important than dresses. They represent the true essence of a person.”

Daniele Michetti
Age: 36
Hometown: Marche Region, Italy
Mentor: “From all the people I’ve met I learned something, but surely Francesco Russo [creative director at Sergio Rossi] has a particular influence on me. I am very fond of him as a person and as a professional. Having the opportunity and the pleasure of working with him for several years made me grow a lot.”
His customer: “My client is a woman driven to buy from her sense of beauty and the emotion that a shoe gives her. Often it is a woman who wants something different, sophisticated and refined, who is buying as a personal luxury experience.”
Dream retailers: Jeffrey New York, L’Eclaireur in Paris, Browns in London