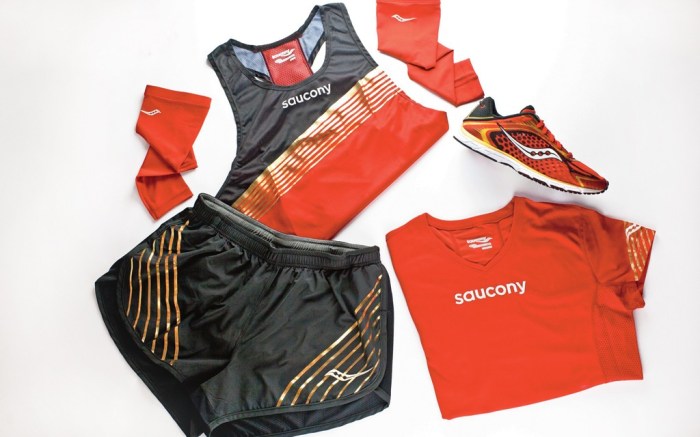 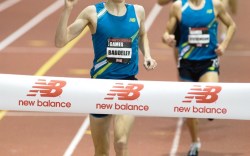 When the 30th Olympiad starts in July, all eyes will be on London and the athletes gathered there.

To grab some of the spotlight, big-name firms will once again use the Olympic events to promote themselves and their products. Official partners such as Adidas and Nike will spend hundreds of millions of dollars on advertising, rights, product and branding. Their payoff is a huge audience, as Nielsen estimated the global viewership for the 2008 Beijing summer games reached 4.7 billion. But harder to calculate — and possibly more important — is the brand-boosting prestige that comes from being associated with the games.

“From my experience, there is no question that the return on investment for brands is pretty staggering. It’s still the world’s greatest sports event,” said Daniel Wadia, managing director of brand development firm Redscout. “Every citizen is engaged, and the potential to reach that audience is huge. I’ve never seen a marketing effort around the Olympics that hasn’t paid off.”

Those in the athletic world are particularly banking on that potential, experts said.

“The Olympics certainly brings attention to brands. [The games] are about prominent placement and exposure. And a lot of the time it’s the absence — if you’re not there — that hurts you,” said Marshal Cohen, chief analyst for The NPD Group Inc. “For the big brands, you can see a 10 percent lift in sales, and for the smaller brands, [Olympic marketing] can catapult you into existence.”

That’s what firms such as Saucony are hoping.

The running brand, a division of Collective Brands Inc., has spent the last few years honing its product line to take a more dominant position in the performance running world. Olympic success is key to those efforts, said global VP of sports marketing Mark Bossardet.

“This is a time to elevate the brand on a much larger scale and broaden its appeal,” he said. “Awareness is crucial. People will realize there’s another sports brand out there. Our mission is to be a great global athletic brand through running, and that means you have to participate at a world-stage event.”

Rules about who can and can’t use the Olympic name and official emblems are incredibly strict and widely enforced. (Official partners of the Olympic Games can use them; just about everybody else can’t.) And media blackouts leading up to and following the event can curtail marketing efforts even further. Adding another wrinkle, traditional paths for brand building — TV ads, as well as print and outdoor spots — are popular with all advertisers, leading to competition from every side.

“The competition doesn’t just come from Nike and Adidas, who will spend 50 times what we spend, but from all the other consumer brands,” said Josh Rowe, running marketing manager for New Balance.

As a result, many labels look to more unorthodox methods to forge connections with consumers, such as athlete introductions, events and social media. And some of these alternatives may even be more effective than traditional means, experts said.

“The brands that are going to be the most successful are the ones that are able to leverage across various channels. I’m seeing a transition to move away from the outward push of marketing. A more current method is to create a branded environment,” said Tim Robinson, managing director at consulting firm CoreBrand, citing as one example an “Olympic Village,” where brands can feature specific competing sports and athletes.

Puma is following that strategy, building an Olympics-oriented version of its interactive Puma City concept for the games.

Alternatively, New Balance has partnered with production company Kimbia to develop a documentary series of a dozen 30-minute broadcasts for U.S. channel Sky Sports that follow seven British New Balance athletes as they try to make their country’s team in the 1,500-meter race.

“We’re not going to spend as much money on athletes and federations [as the competition], but there’s no reason we can’t tell better stories and make better connections,” Rowe said. “People become so logo [focused], and if we rely on having our logo seen [during the games], we’ve already lost because we’re not going to have that many out there. But if you know someone, you’re going to root for them.”

Saucony, too, is seeking to capitalize on its stable of athletes. After signing dozens of hopefuls in the past year, including sprinters Tianna Madison and Duane Solomon, the brand is aiming to have a strong showing going into the Olympic trials in June, as well as the games in August. The athletes will then promote both themselves and the brand’s “Find Your Strong” message.

“Everyone is set up on Twitter, Facebook is updated, and [we] introduced Saucony Running on Facebook,” Bossardet said, adding that results rest on these connections. “If the brand walks away with any type of medal, it’s the beginning to being recognized as a global name. Then it’s a matter of where we take it post-Olympics and into 2016.”