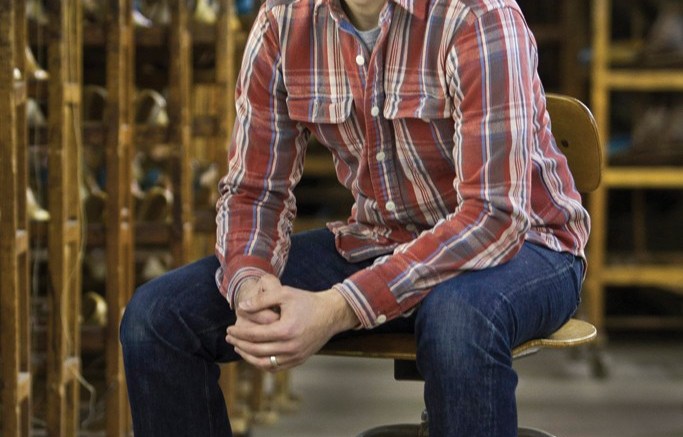 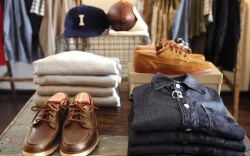 George Vlagos is on a mission. A staunch supporter of American manufacturing, the entrepreneur has followed up the launch of his Oak Street Bootmakers line of made-in-Maine footwear with the debut of Independence, a Chicago boutique carrying U.S.-produced goods ranging from footwear to popcorn makers.

“Manufacturing in America is so important to me,” said Vlagos, who learned shoemaking from his father, a footwear repair business owner based outside Chicago. “Not only do we have some of the best craftsmen in the world here, but I’m also able to work closely with my product — from hand selecting hides at Horween Leather Co. in Chicago to working one-on-one with craftsmen. It’s about being connected to the product and having your hands on it.”

Vlagos bowed Chicago-based Oak Street Bootmakers in August 2010 after his father discouraged him from joining the family business. “He wanted more for me,” said Vlagos, whose line is centered on classic boots, loafers and boat shoes handmade in the U.S. But the shoemaker wasn’t satisfied simply producing shoes here. In addition to setting up his own factory in Maine, outfitted with machinery he acquired at auction, he sourced all the components domestically.

That kind of dedication won over domestic manufacturers such as Kentucky-based Auburn Leather, which produces the rawhide shoelaces on Vlagos’ footwear. “We love to work with domestic manufacturers,” said Adam Simon, director of sales and marketing at Auburn Leather. “It’s the backbone of what we do. Having U.S. brands as our partners is in our best interest. We’re [willing] to do what we can to help him grow.”

Despite the support, Vlagos said early on he found himself up against stiff competition from such brands as Quoddy and Yuketen, which both produce handsewn product in the U.S. To grab a share of the market, Oak Street Bootmakers is priced competitively at $250 to $376.

But keeping up with demand hasn’t been easy, admitted Vlagos. “You can’t crank out handmade shoes,” he said, noting that current production stands at 150 pairs a week.

Even so, since the line’s debut, business has more than doubled, according to Vlagos. “We’ve grown every month,” he said. “It’s off the charts.” The brand’s website accounts for 40 percent of total sales, while the remaining comes from wholesale accounts far and wide, with Japan making up the bulk of international business. In fact, of Oak Street’s retail accounts, Japan now makes up 60 percent of wholesale sales. “Made-in-the-U.S. [product] is important to the Japanese,” said Vlagos.

At Dunderdon, a men’s boutique in New York’s Soho neighborhood, Oak Street Bootmakers is its bestselling shoe line. “It has a handmade feel, and the quality is impeccable [at the] price point,” said buyer and manager Andie Acosta. Additionally, the brand’s focus on U.S. production has been a selling point. “We give [customers] a brief synopsis about [it being] made in Maine of Horween leather,” he said.

Based on the success of the handsewns, the collection will expand for fall with a series of Goodyear-welted looks that include a 6-inch boot and cap-toe oxford on a double leather sole, all retailing in the same range as previous styles. A companion women’s handsewn line will be available exclusively on the brand’s website in August.

And Vlagos took his commitment to American manufacturing a step further in March, when he opened Independence, a men’s boutique. The 1,000-sq.-ft., second-floor space in the tony Gold Coast section of Chicago carries Oak Street Bootmakers, as well as American-made apparel lines such as Engineered Garments, Post Overalls, Imogene & Willie and Gitman Vintage. Consumers are greeted by a floor-to-ceiling American flag promoting the store’s domestic goods. Currently, the signature Oak Street Bootmakers styles are the best-sellers, and special-edition items are sold exclusively at the store.

With his many new ventures, Vlagos said he has been able to stay connected with consumers and retailers by keeping the scale small. He personally answers all emails he receives via the Oak Street Bootmakers website, and the phone number listed is his cell. “Customers call on Sundays and get me, even late [at night],” he said. “They’re shocked.”