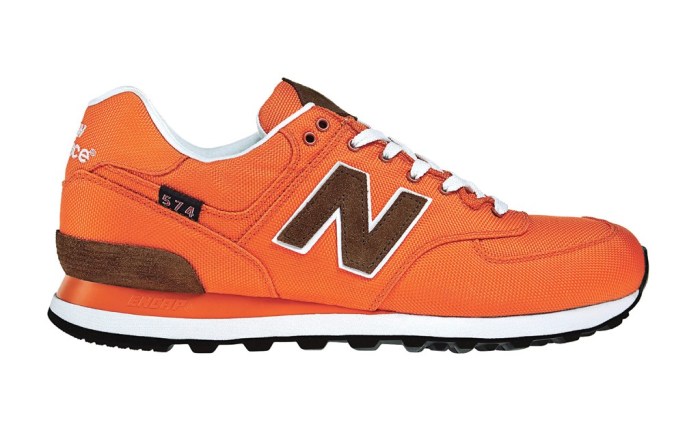 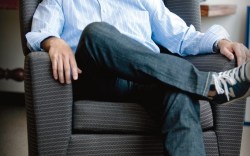 New Balance is going back to its roots.

After gaining momentum in performance running with new product launches such as the Minimus collection, the Boston-based company is aiming to bring the cool factor back to its casual retro footwear offering.

“New Balance lifestyle is one of the main areas where we’re spending most of our time and [what we’re] talking about with our customers,” said President and CEO Rob DeMartini. “We’re seeing that not only are some of the best boutiques representing our product more but kids are also wearing them.”

The brand — already stocked in fashion-forward retailers such as J. Crew and Urban Outfitters — recently partnered with several edgy sneaker boutiques, including West NYC and Detroit’s Burn Rubber, on special editions of its classic product. New Balance also introduced a 30th anniversary edition of its 990 model, the style that was coveted by the late Apple founder Steve Jobs, and has to date sold 15 million pairs.

Jay Gordon, owner of Bodega in Boston, said New Balance’s practical looks, which are counter to the current trend of neon colors and visible technology in sneakers, is becoming a draw for younger consumers. Sales of New Balance product doubled at his boutique this year, and for spring ’13, Bodega is collaborating with the brand on a limited-edition makeup of the 577 model.

“New Balance fills a great niche and it’s gaining in popularity,” Gordon said. “They’re a running company first, but they also have a lot of other products that sneakerheads and people in the general public are trying.”

“It went away for a bit and is coming back,” the executive said, adding that the shoes have sold particularly well in East Coast markets. “We’re [partnering] with them to develop lifestyle product that we can add into our stores, and it’s worked out well for both of us.”

But there may be some challenges ahead. With made-in-America being one of New Balance’s main consumer touch points, the company is worried about how the proposed Trans-Pacific Partnership trade agreement could impact domestic manufacturing. The agreement, currently being negotiated by the Obama Administration, could eliminate duties on footwear imported from Vietnam, making products from overseas far cheaper than domestic items.

“If it passes in such a way that we ignore the fact that the footwear industry is government-subsidized in Vietnam, we’re going to put 1,500 New Balance jobs and 5,000 supplier jobs at risk,” DeMartini said.

Throughout the year, New Balance has been lobbying lawmakers to maintain the tariff for products made in Vietnam, where production expenses are significantly lower than in the U.S. The company felt so strongly about the proposed trade agreement that DeMartini hosted U.S. Trade Representative Ron Kirk in Maine last week, where the cabinet member took a tour of New Balance’s factories.

Here, DeMartini offers his take on the minimalism trend, the outlook for the economy and why made in America is so important.

The overall athletic category has remained strong despite the economy. What’s been working for New Balance?
RD: New products such as Minimus, which launched last year, have done extremely well, and we have updates for that coming. Minimalism helps feed a lot of the excitement around trail and road footwear. We’re also getting a lot of play in our classic, lifestyle types of products. It’s showing up on a lot of young kids and in some of the better boutiques. We haven’t seen that kind of success in lifestyle in a while.

Are you still on track to hit the $2.5 billion sales mark by 2013, a goal you unveiled last year?
RD: Yes, we are. There are three main areas where we see the most significant growth opportunity. We want to grow in running. As we try to be the No. 1 running company in the world, we’ll continue to grow and push made-in-America. And then we think lifestyle has significant upside.

Are there any roadblocks ahead that might keep you from hitting those goals?
RD: The consumer continues to be nervous about the economy, but the bigger challenge is that our competition continues to be really good. They have great product out there and they do a great job servicing our shared customers. We’ve got to be that much better to get the growth we’re after.

Sourcing has been a hot topic in the footwear industry. What’s your take?
RD: The industry is at a crossroads to some degree. I don’t think we’ve had to deal with this in the past. Cost inflation used to be in line with retail inflation so you could pass on those costs to the consumer who’d be willing enough to accept them. That’s not the case anymore. A lot of people will try to modernize and drive efficiency in the supply chain, and that, historically, has not been something the footwear industry has had to deal with.

How have you worked with retailers in the midst of these sourcing challenges?
RD: We’ve made a significant investment in replenishment inventory throughout this year, which takes some of the holding and cash burden off our independents. They know we have the product, so they can carry a relatively wide and shallow inventory and know we’ll be there to support them. It’s clearly the key to a lot of our success in all types of specialty.

The Trans-Pacific Partnership and its impact on made-in-America has been a debated issue. Why do you believe so strongly in U.S. manufacturing?
RD: Manufacturing in the U.S. not only impacts the global marketplace from an economic perspective but it impacts the local communities where we all live and work. The positive benefit that our factories and jobs have on the five communities where we have factories is significant. We continue to work to increase the number of shoes we produce in the U.S. and add new manufacturing jobs through a focus on keeping our five factories full and growing.

New Balance debuted its own “experiential” retail concept on Fifth Avenue in New York last year. How has that benefited the firm?
RD: The best way to bring our brand message to life and show who we want to be is to do it through stores we control. That corner has gotten busier now because Nike and Adidas put stores across the street from us, but we look at that like it’s good for our business. The collections there are the best and brightest available, and that store helps us figure out what the consumer likes and, in some cases, what they don’t like. We’re absolutely looking to grow the concept in other territories. We’re going to continue to use that concept as a way to communicate brand storytelling.

The Major League Baseball playoffs are around the corner. Do you see any marketing opportunities there?
RD: We do have a big push into baseball, and almost 30 percent of all MLB players are wearing our baseball spikes after only a couple year’s effort. We certainly expect our brand to be seen in the MLB playoffs and the World Series. We continue to see baseball as a great place to communicate our American brand heritage and the fact that running is at the heart of every sport.