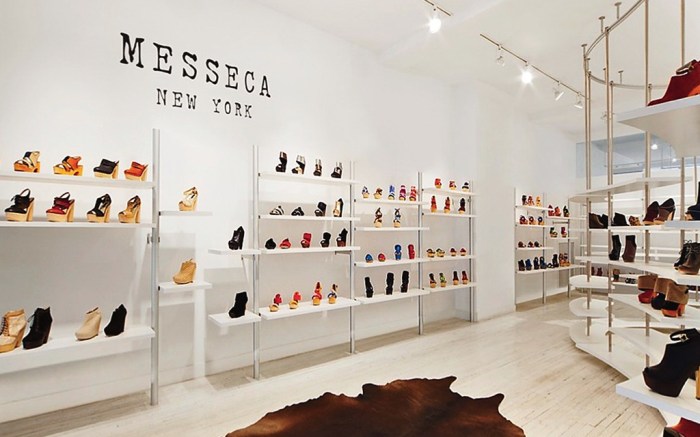 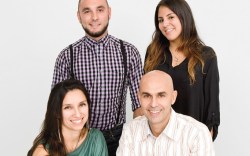 Messeca International has been a player in the women’s footwear business for 19 years, yet it’s a relative newcomer to wholesale.

The private-label firm launched its own brand, Messeca New York, in fall ’10, and the line’s sales have increased 65 percent since that first season.

Now a $3 million company, the privately-held Messeca International derives more than half its revenue from the private-label division, but its goal is for the branded business to become the major source of revenue, taking the firm to $30 million by 2014, according to Nicole Ortega, Messeca New York’s co-creative director and account executive.

The company expects the brand to be a significant contributor to any future expansion. Immediate growth strategies include launching a Messeca New York website and blog, ramping up social media efforts and broadening the footwear offerings for fall ’12.

And Messeca New York is off to a good start: Its roster of retailers has expanded to include major domestic players such as Nordstrom, Urban Outfitters, DSW and Piperlime.com, as well as international partners including Harvey Nichols in Hong Kong, Opening Ceremony in Tokyo and Jo Brauer in Zurich.

The brand’s funky-yet-laidback boots, pumps, wedges, booties and sandals retail from $170 to $300. Until now, its 5-inch heel style has dominated the collection, but a range of four heights, from flat to 6 inches, will soon round out the assortment.

“Our brand is very ‘downtown New York,’” said Pablo Delgado, Messeca New York’s co-creative director and VP of sales. “But there’s still a chic [vibe] to it. We’re [located] on Fifth Avenue, but we’re also at 14th Street, and our shoes reflect that.”

“I was very comfortable with the private-label business because it has big volume and small margins, and it was easier,” said Messeca, whose father owned a clothing factory in Rio de Janeiro for 25 years. “The wholesale business is very different and the problems are different, too. You have to create the designs, build a brand and make a product that does well. Then you have to deal with a lot of small, independent customers that might not have done this before … but it’s very rewarding.”

Julie Messeca, company VP and wife of Jacques Messeca, added that Messeca International’s longtime sourcing and factory relationships in China have helped the brand deal with some growing pains. And, she added, the outcome justifies the challenges. “When you’re in private label and it’s not your name on the product, the end consumer — and even sometimes the retailer — doesn’t know who made it,” she said. “But when you have a brand, you are recognizable, and nobody can take that away from you.”

Ty McBride, brand manager for Solestruck.com, said he added Messeca New York in the brand’s first season, and it has proven a good fit for his customers. “We cater to a [fashion]-forward girl, and all the [Messeca New York] shoes have sold well,” he said. “There are not a lot of new shoe brands emerging in the U.S. market, and at Solestruck, we’re always looking for something new. [Messeca’s] fresh point of view at an accessible price point caught our eye. ”

McBride added that Messeca also has worked with the e-commerce site to create custom colorways and contribute to lookbooks. “Because [Messeca’s] staff and experience in the branded business is young, they’re looking to partner with people who can really brand them,” the retailer said. “They are into finding a girl, developing shoes she wants and marketing them to her as a lifestyle brand, which is great for us. Not all our brands offer that, but the ones we see the most success with do.”

Katie Pierce, manager of a Hemline boutique in New Orleans, said the shop has found sales success with Messeca since adding the label last spring. “It’s funky, fun and different,” she said.

Longer-term goals include a branded store, collaborations with other designers and a diffusion line. But first, the team is hoping to get even more buzz for fall ’12 by bringing on board publicist and TV personality Katie Mox and gifting footwear to 25 celebrities including Katy Perry, Jessica Alba and the Kardashians.

“There are no limits,” Delgado said. “We talk about every possibility.”