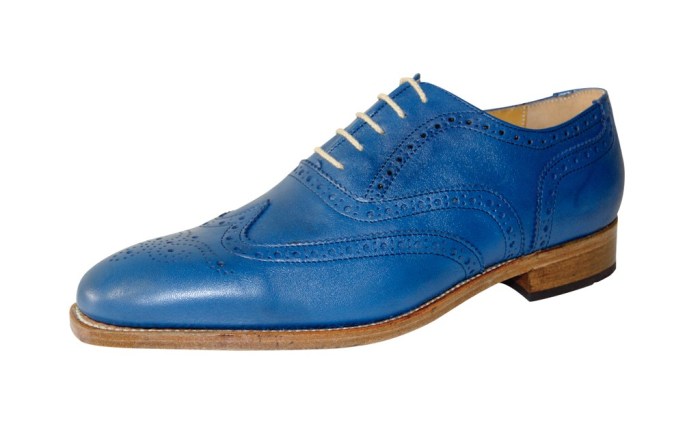 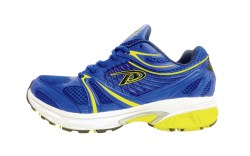 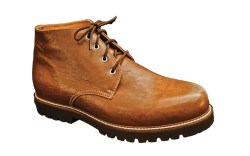 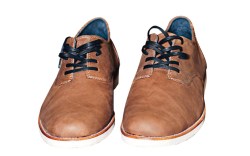 Dutch Treats
Netherlands-based O’Quirey, known for its colorful classics, is relaunching in the U.S. for fall. The line now will be distributed through Fast Forward Footwear of North Muskegon, Mich. (It was previously shown by Broxbury, based in Lilburn, Ga.) O’Quirey was founded by Jau Palmen, owner of the Dutch men’s and women’s boutique Fosbury, which now doubles as a design studio to develop apparel and shoes. The line includes boat shoes, slip-ons and lace-up brogues, many of which are made on a Goodyear-welt construction. Sizes range from 6 to 20. A companion belt collection also is available, priced at $115. Set to retail for $400, the shoes will deliver in March to high-end specialty and department stores, as well as independents.

Pro Planning
Active-wear brand Pro Player is stepping into footwear. Owned by Perry Ellis International Inc., Pro Player has signed a licensing agreement through its subsidiary, PEI Licensing Inc., with New York-based Shoe Confession. The deal includes the production, design and distribution of men’s and boys’ athletic and casual footwear. The collection will retail from $30 to $50 and be available in footwear chains and athletic specialty stores. It is slated to deliver in May.

Buffalo’s Wings
Online menswear retailer Buffalo Jackson, known for its rugged apparel and accessories, is expanding its wholesale offering this fall with the launch of footwear. Produced under license by Custom Brand Footwear of Lake Geneva, Wis., the line includes styles such as classic mocs and chukkas, all made exclusively of North American bison. Buffalo Jackson founder Xan Hood said bison was chosen for its durability and comfort, as well as its link to the American West. Set to retail from $175 to $225, the shoes deliver in August. Distribution is targeted to men’s clothing stores, outdoor retailers and golf pro shops.

Down Under
Year-old Australian brand Meandher is making its way to the U.S. for fall. The men’s line, which is manufactured in Vietnam, features drivers, boat and deck shoes, chukka boots and more, retailing for $180 to $250. Designer Emily Cooper said she began with men, but hopes to eventually add a women’s collection. First, though, she is intent on honing the classics-with-a-twist look. “Quality is the main focus — and comfort,” said Cooper. Meandher currently has accounts in Australia and Japan.