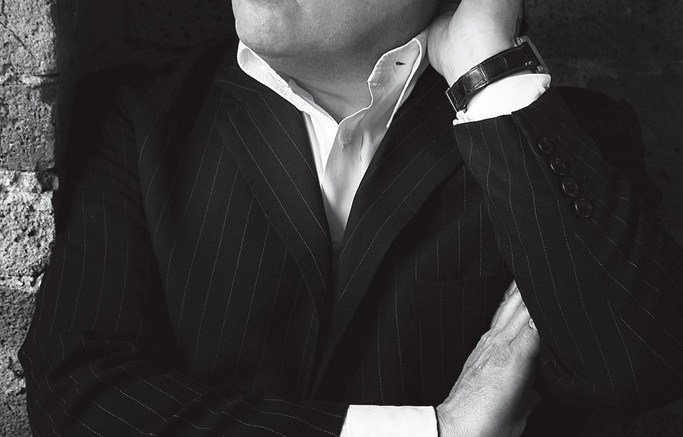 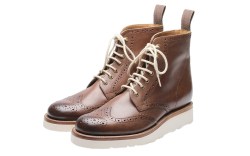 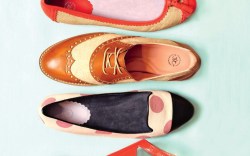 Oxfords, wingtips and brogues may be the footwear staples of a guy’s closet, but a number of men’s brands are hoping women want them, too.

In the last year, Grenson, Oliver Sweeney and Eastland Shoe have debuted full-scale, high-end women’s collections, while still others are planning launches. In 2011, Prada-owned Church’s opened its first women’s-only store in London. And for spring ’13, Johnston & Murphy will begin wholesaling its women’s line.

“We are in this moment of androgyny in dressing,” said Roseanne Morrison, fashion director for The Doneger Group, a consulting firm in New York. “[This trend] calls for these new shoe launches because it’s all about the quality and make. This is the strength of the men’s shoe businesses, and they think, ‘Why not?’ That’s really what’s driving it.”

Johnston & Murphy’s women’s collection debuted in 2008 as test product in the firm’s retail stores. After positive feedback and expansion to more doors, the company decided to go all in.

On Aug. 1, Scott Marcus joined the label as the national director of women’s wholesale. With experience in the high-end sector, Marcus is tasked with building the women’s business. For spring ’13, the line will feature 60 to 70 SKUs, with more expected over time.

“There is a great opportunity in the consumer space to offer stylish, wearable women’s shoes … while providing high-quality materials and fantastic comfort,” said Jon Caplan, president of Johnston & Murphy, a division of Genesco Inc. “Because our women’s consumer is responding so positively at retail, we’re excited about introducing more women to the line via a wholesale launch.”

Gaziano & Girling has been preparing to take advantage of the opportunity for a while, and now plans to launch a women’s line in 2013. The collection will likely start with a selection of classic looks such as a penny loafer, brogue and Chelsea boot, said co-owner Dean Girling.

“We’ve been a victim of our own success. It’s a nice problem to have, but it’s still a problem,” said Girling. “It’s just [a matter of] fitting it all in — coping with production and servicing all these retailers and accounts.”

At Grenson, the biggest challenge in entering this market has been determining the best approach: takedowns of original men’s styles or looks made solely for ladies. For example, the Martha wingtip brogue is the women’s version of the Dylan for men.

“Funnily enough, it’s no different than the men’s,” said Tim Little, owner of Grenson. “[Early on], if we tried to do anything different or quirky in men’s, the market didn’t like it at all, but we’d keep putting more interesting designs in the mix and bit by bit [consumers] allow you to do it. It will be the same with the women’s.”

Little noted the company has committed resources to make special lasts for the women’s collection, which launched for fall ’11.

Oliver Sweeney, too, has specially designed — and trademarked — its Anatomical Last for the women’s line, which was new for fall ’11. “It was never going to be just a men’s shoe [made smaller],” said Tim Cooper, managing director of Oliver Sweeney. “[The women’s shoes are] slimmer and less masculine. But we knew from the start we wanted to do something that wasn’t just men’s shoes because the problem with [that] is they’ll be off trend next year and then we won’t have a ladies’ business.”

Retailers, however, are bullish on the trend.

“Androgynous styling resonates with a cool customer, but brogues have also become a much more mainstream look [and] is set to stay,” said Georgina Coulter, contemporary buyer for U.K.-based e-tailer My-wardrobe.com, which picked up the inaugural Grenson women’s line. “Grenson brogues are exceptional quality, all Goodyear welted and made in England.”

Coulter added that the site sold out of the Emma brogued derby boot in Grenson’s classic tan last year and will offer the same style this season on a white wedge sole.

At Epaulet in New York, co-owner Mike Kuhle said his store has done well with both Grenson and Spanish label Carmina, which have a menswear vibe but a feminine shape. “Outside of the trendiness of them, which is definitely a ‘thing’ this season, the shoes are extremely well made, comfortable and durable,” Kuhle said. “They’re definitely the best-selling part of our women’s assortment, and they speak very well to the overall vibe of our clothing. Although they are a bit trendy, these styles have the legs to keep going for many seasons.”

Indeed, these labels are banking on a bright future for the women’s category, though they plan to grow it slowly.

Johnston & Murphy will show the spring ’13 women’s line at FN Platform this week. And Caplan said the brand has “reasonable expectations.”

“Because the women’s footwear arena is so different from the men’s, it’s almost impossible to compare it to our men’s side of the business,” he said. “But we also realize that even though the women’s footwear business offers consumers many more choices, the market is much larger and that customer is apt to try new brands. If the product resonates with consumers, then the longer-term growth will take care of itself.”

Still, Doneger Group’s Morrison noted that the marker for success will depend on how the footwear evolves beyond its mannish roots.

“The challenge would be that it’s very masculine right now, so it needs to have that touch of femininity, that it’s made to really appeal to her,” she said. “Men’s shoes can be a little sleepy — they’re nice, but they’re pretty standard. [The challenge is] to engineer it so the product has an appeal to women.”