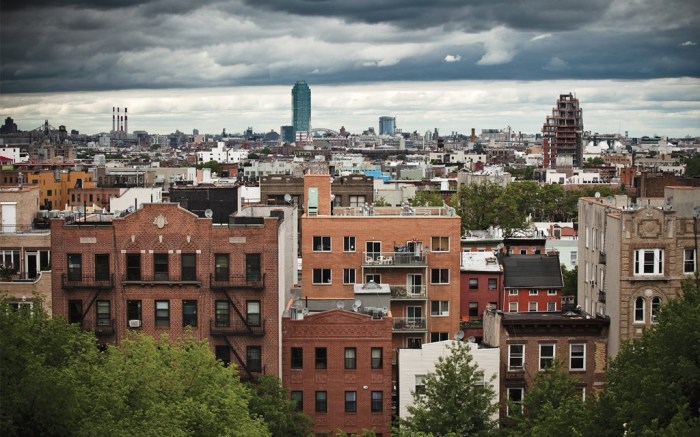 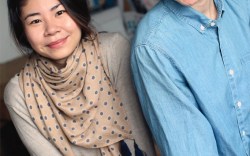 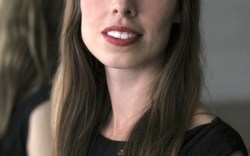 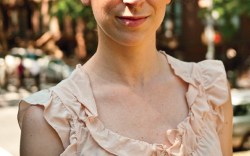 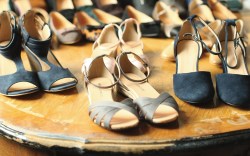 Brooklyn, N.Y.’s latest crop of women’s designers has a decidedly stylish aesthetic, but they say their work is too versatile to be pigeonholed. The ladies behind Marais USA, Nina Payne and Ariana Bohling have labored to create original collections that are chic but laidback, casual but sophisticated — and with enough appeal to reach beyond the Brooklyn enclaves they call home.

“Some girl said to me, ‘Your shoes are very Brooklyn,’” said Gabriella Hiatt, the designer behind the Nina Payne brand. “I don’t want to be put in a Brooklyn box, whatever that is, but on the other hand, I think it’s good. At this present moment, that’s what young people are into.”

None of these three brands do “fancy” or “fussy” styles, instead preferring vintage-inspired, almost androgynous, looks. And with menswear-influenced shoes trending in the women’s category, these labels are all having a moment.

Marais USA, founded by friends Haley Boyd and Catherine Chen, was just picked up by Madewell and Shopbop.com, and its fall ’12 offering features a range of oxfords, kiltie loafers, wedges and Chelsea boots. Stilettos, however, are not part of the plan. The designers said every style is something they would want to wear themselves.

If that means they are called “The Brooklyn Girls,” Boyd and Chen are OK with that.

“That’s awesome,” said Boyd. “Brooklyn is where everything new is happening. It’s more exciting than Manhattan. Everything that’s young [is here].”

Signature look: Simple basics that can be staples in anyone’s closet. A 1-inch espadrille wedge has emerged as a retailer favorite.

Named for the famed Paris neighborhood where the designers studied one summer, Marais USA is offered in its home base of Brooklyn — as well as all 50 states and seven additional countries.

Now carried in such popular chains as Urban Outfitters and trendy boutiques, the brand got there thanks to a lot of perseverance by the two founders.

“Getting an appointment is so difficult without a connection, so we started by literally walking with a big suitcase and knocking on doors,” said Boyd. “One of the people who met with us was Steven Alan, and he gave us some really insightful feedback on the first collection. He didn’t buy the first collection, but that meeting inspired us.”

Alan, who now carries the line in his stores and also distributes it in his showroom, said he knew immediately that Marais would resonate with his customers and with other retailers. “That was an easy one to predict because of the great style and the price point,” he said. “Distribution seemed very easy. The question was really, who do we want to sell it to?”

Urban Outfitters picked up the debut offering of basics. From the start, Boyd and Chen, graduates of Parsons School of Design, sought to create simple, affordable styles for women, such as oxfords, ballet flats and sandals (much of the line is made from vegan leathers and canvas to keep prices low). Through an acquaintance of Boyd’s, the pair was able to connect with a factory in China. And while Steven Alan handles distribution and a New Jersey warehouse manages fulfillment, the self-financed partners are still hands-on in most other areas. In fact, Chen herself designs the website, which now accounts for half the business.

And since the first season, the business has grown about 20 percent each season.

“The biggest challenge is trying to keep pace,” said Chen. “As a small business, where we don’t have as much support as we might need, trying to keep up and not lose what we’re about in the process [is difficult].”

The payoff comes when they recognize their shoes on the streets of Brooklyn. “It’s still super-exciting,” said Chen, “because it’s something you conceived of in your head and someone chose to buy that out of everything [out there].”

Signature look: Flat styles are the specialty, with a braided sandal made of all leather continuing each season.

Ariana Bohling knows what it means to start from the ground up.

Until recently, the designer, a graduate of the Pratt Institute, handmade all her shoes from her Brooklyn apartment. For the debut spring ’09 season of mostly sandals, that meant only 16 pairs, but each year that number has grown, ballooning to 235 pairs for spring ’12. As a result, Bohling has hired a factory in Peru to help with manufacturing (with some styles made in Queens, N.Y.). She also has expanded her range of offerings for fall ’12 to include boots, wedges and skimmers.

“I was looking for a small workshop because I can’t meet crazy-high minimums; it’s still very small runs,” said Bohling, who recently quit her full-time job as a designer for private-label company Fortune Footwear to focus on her line. “Now about a third [of my product] is out of Peru.”

Former Pratt classmate Alec Stuart, who co-owns the Stuart & White boutique in her neighborhood, was among the first to pick up the line. “Ariana is hitting a few notes that a lot of other designers just aren’t hitting these days, from the aesthetic of the design to the quality of the craftsmanship,” Stuart said, noting that the level of the Peruvian product he’s seen is also top-notch. “It’s refreshing to see that from a shoe designer.”

Now, Bohling said, she finally feels ready to reach out to a larger group of retailers. The brand recently exhibited at the Coeur accessories show in Los Angeles and is slated to attend Capsule for spring ’13.
“I’m planning on doing a really fun, big spring ’13 collection,” said Bohling, “so this will be a good way to attract more business, even internationally.”

But ask the Oregon native about the challenges along the way and she’ll answer honestly that they’ve been numerous. Working after-hours to make the shoes herself, she said, proved she could handle a lot. (Bohling now has a business partner who helps with sourcing.)

“I’ve always said I was going to grow organically,” said Bohling. “I haven’t had any backers helping me out. It’s all just been the revenue from the orders placed by stores that continues the growth of the business. But I want to grow slowly. I still have a lot to learn about the footwear industry.”

A dancer herself, Hiatt worked in product development for tabletop and textiles at Ralph Lauren before making the jump into footwear. Her dance background provided inspiration for the looks, while her experience at Ralph Lauren paved the way for going into business. “I learned a lot about sourcing, design and how to develop a product,” said Hiatt, who grew up in California. “That job also gave me the confidence to figure out what makes a good shoe and relay that information to a factory. I’m sure there are things I missed because I didn’t have that formal training, but I’m not scared of filling in the blanks.”

Hiatt started making canvas ballet flats that retailed for $38 out of China. Problems early on forced her to change her strategy.

“When I got my first order, the 1,800 shoe bags said ‘Ina Payne,’” she recalled. “And they had sent me final confirmation samples.” Now, Hiatt has completely moved production to the U.S., which has allowed for more oversight and provided a clearer understanding of the full process each season. She also has a better handle on deliveries, offering a five-week lead time to her retailers.

The move, however, did mean that styles changed, as well as prices. For fall, the line consists of oxfords, ankle boots, loafers and other flats, in suede and domestic leather.

Kristen Lee, creative director and head buyer for Ten Over Six in Los Angeles, began carrying the revamped line this spring. “I love the sensibility — very wearable and youthful,” she said. “I also love that Gabriella is a dancer and that the shoes are made [in the U.S.]. They’re a great value.”

Hiatt said Nina Payne is now positioned for growth. She plans to broaden her range of styles and is even investigating bringing in higher heels. She’d also like to reintroduce a lower price point for those who miss the accessibility of the ballet flats.

“[At some point], made in the U.S. could be one arm of the line, with other stuff going overseas,” said Hiatt. “But right now, I don’t see how doing a lower price point in footwear is feasible in the States. We’ll see where it goes from here. Right now, I’m building awareness and the reaction is good.”