Media Bank: The Jagger Material Girl… Back in Time with Choo 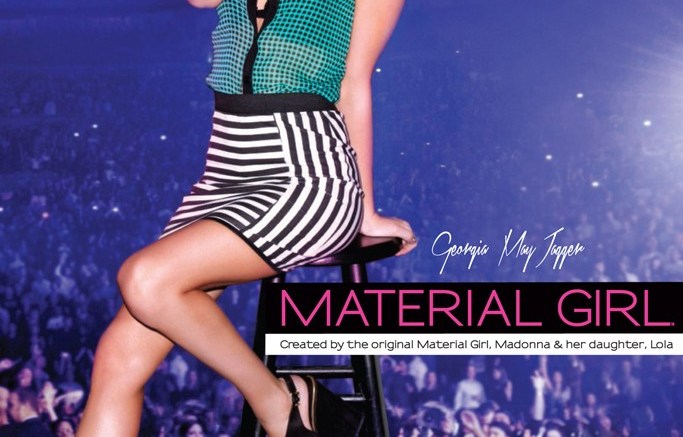 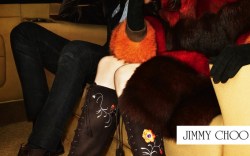 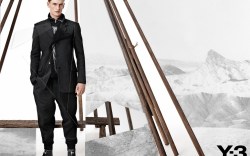 Rock Out
Madonna has a new material girl. The pop icon and partner Iconix Brand Group have tapped Georgia May Jagger (daughter of Mick Jagger) for the fall Material Girl campaign. The looks feature Jagger in a concert setting, including on stage, behind-the-scenes and in the wardrobe room. “Georgia is a natural beauty with rock ’n’ roll in her genes. … She is the ultimate Material Girl,” Iconix chief marketing officer Dari Marder said in a statement. “We are also thrilled to be able to offer customers the chance to win tickets to Madonna’s MDNA tour through our Material Girl Facebook page.” In addition to the sweepstakes, the campaign will include personal appearances by Jagger at Macy’s locations, as well as in-store, outdoor and online ads. The campaign also will run in August issues of fashion and lifestyle magazines. Past campaigns for the juniors’ brand, designed by Madonna and her daughter Lola, have featured Kelly Osbourne.

Time Travel
Jimmy Choo is going back in time. The brand will release its global fall/winter advertising campaign in August, featuring models Querelle Jansen and Jonas Kessler as a rock ’n’ roll couple during an evening out on the town in the 1960s. “We wanted to capture the innocent and glamorous spirit of the late ’60s, the joy of rock ’n’ roll style, of feeling cool and going out,” Sandra Choi, co-creative director for the brand, said in a statement. The campaign will feature online and print components.

Great Outdoors
Y-3 by Adidas is going into the wild. For the brand’s fall/winter campaign, the company turned to forests, deserts, mountain and island settings to craft the advertisements. A short film directed by Collier Schorr and titled “The Story Is in the Past” will also accompany the ads. It is intended to showcase more of the “journey.” The ads and video will be featured on the brand’s website, Y-3.com, this month.