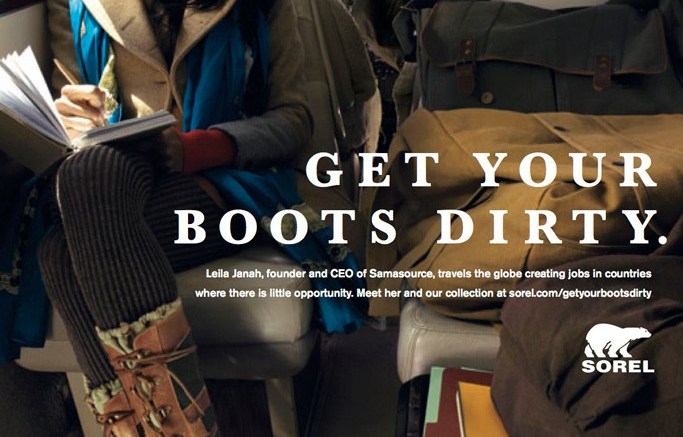 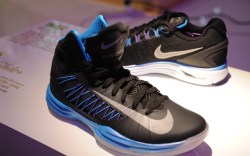 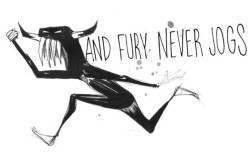 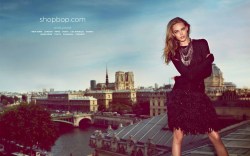 Down & Dirty
Sorel isn’t afraid to get messy. This week, the Portland, Ore.-based brand will launch its fall campaign, titled “Get Your Boots Dirty.” The ads feature women who combine fashion and function in their daily lives. The first to be featured is Leila Janah, founder and CEO of Samasource, a company that works to create jobs in underdeveloped countries. “We are inspired by the way young women are living their lives, putting their passions to work and making things happen,” said Kimberly Barta, global brand director for Sorel. “We chose to launch our ‘Get Your Boots Dirty’ campaign with Leila Janah because she embodies the fearless spirit of Sorel.” The campaign will consist of a Web-based video, as well as print advertisements in magazines, which will roll out featuring other real women down the line. A social media component also is planned with a video series titled “Sorel Style,” in which stylists discuss how best to wear the season’s product.

Games Time
As Olympic fever winded down in London last week, Martin Lotti, creative director at Nike, unveiled the brand’s latest designs. His favorite innovation? The company’s marathon shoe. “It’s light and supportive. What’s different is the way it’s made,” said Lotti, adding that it is Nike’s most environmentally friendly shoe to date. And when it came to designing footwear for certain countries at the Olympics, Lotti said he used the Olympic flag as inspiration. And the players weighed in. “The [Olympic] athletes give us input on how to make things better. It gives us good motivation to push the limits,” said Lotti. “It’s been a dream for me to be a part of the Olympics.” For now, it’s on to the next project, he said. “At Nike we have a saying that goes ‘There is no finish line.’ Right now, we’re working on the Winter Olympics in Russia, and three weeks ago I was in Brazil working on the football kits for the World Cup,” he said. “We’re [always] working on the next innovations.”

Black or White
Less is more for Avia. The athletic brand unveiled its spring ’13 “Push On” marketing campaign, which will have a heavy focus on black-and-white imagery. “Our new campaign is a refreshing diversion from the hyper-polished and glamorized campaigns consumers are used to seeing,” SVP Tim Joyce said in a statement. Targeting gym enthusiasts, the monochrome color choices are meant to represent a message that says, “You’re either training or not.” Aside from ads in print, TV and digital, the campaign also will also introduce Avia’s new mascot, Fury, a fanged monster that encourages athletes to push on. The character will be featured in multimedia campaign, as well as at grassroots events next year.

Shopping Spree
Shopbop.com is all about styling. The New York-based e-tailer turned to model Frida Gustavsson to showcase the company’s favorite mixed ensembles of apparel and accessories for the fall campaign, “Fall in the City.” Some designer names featured in the shots, which were taken in Paris, include Alexander McQueen, Tibi, Robert Rodriquez and Helmut Lang. The spots will hit in November fashion magazines.

Rocket Launch
Rocket Dog is updating its iPhone and iPad apps for fall. The new look will include a Pinterest contest with discounts on shoes and updates on exclusive product and the brand’s latest campaigns. “Our goal with the app update is to offer our consumers fresh seasonal and trend-relevant content and product,” said Kim Dresser, VP of marketing. “The iPhone and iPad allow us a unique way to engage and connect with her lifestyle while giving our consumers an exclusive look at our latest campaigns and shoes in a user-friendly way.” Additional features include invitations to promotional sales, in-store events and behind-the-scenes footage from Rocket Dog photo shoots. Music also will be included, with featured playlists, new artists and exclusive downloads. This is the third app update for the brand, since launching its first version for fall ’11.