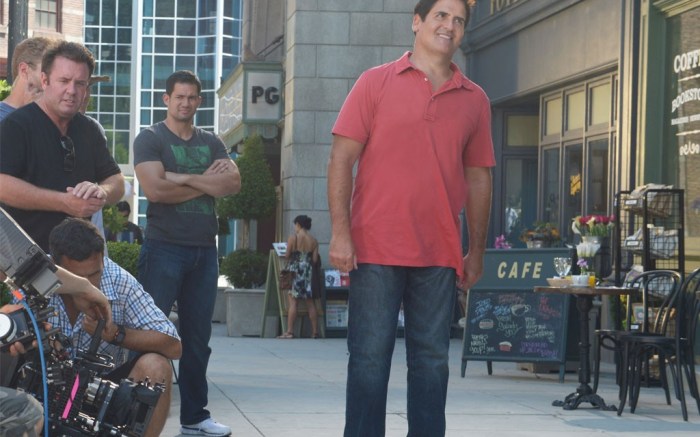 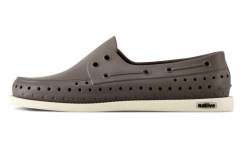 Rest & Relaxation
Mark Cuban is once again stepping into the spotlight for Skechers. The owner of the NBA’s Dallas Mavericks first appeared in the Manhattan Beach, Calif.-based brand’s Super Bowl commercial alongside French bulldog Mr. Quiggly and has just returned to fête the Relaxed Fit footwear collection. Former NFL player Joe Montana and MLB legend Tommy Lasorda have also signed on for the campaign, which features, TV, print, in-store, online and social media components. “Mark, Joe and Tommy are three sports legends promoting an idea that’s inspired by the ingenuity of relaxed jeans: product that doesn’t just offer more comfort, but looks great as well,” Michael Greenberg, president of Skechers, said in a statement. “With these power players in professional basketball, football and baseball backing this new brand, we’re confident that Relaxed Fit footwear is going to strike a chord with guys everywhere.” The TV spots will roll out this fall, starting with Mark Cuban’s commercial, which will be followed by those with Lasorda and Montana, the latter of whom also starred in a Super Bowl commercial for the brand.

Talent Show
Native Shoes is getting up close and personal. The Vancouver, British Columbia-based brand this week launched The Natives, an online film series that spotlights unique individuals and their quirky talents. People showcased in the shorts include an ice cream truck enthusiast in Los Angeles and a street dancer in Budapest, Hungary. “We envisioned the series as a way to relate to a diverse community and express, in a creative and fun way, that Native is for everyone,” said founder Damian Van Zyll De Jong. Consumers will be able to follow the series on NativeShoes.com/Nativision as well as through the brand’s social media channels with the hashtag #onein7billion.