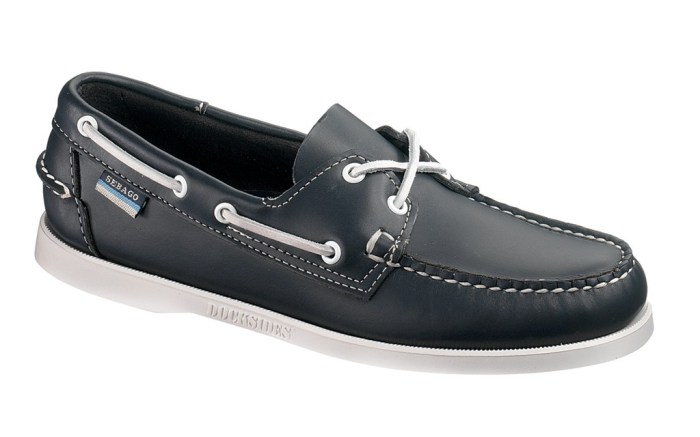 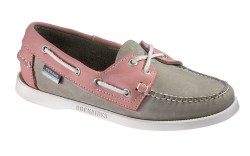 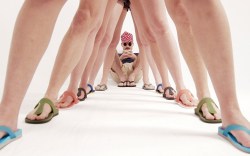 Sail Away
Sebago is setting sail. The Rockford, Mich.-based brand, owned by Wolverine World Wide Inc., is the official sponsor of the 42nd Annual Newport International Boat Show, kicking off Sept. 13 in Newport, R.I. “Supporting the boat show is a special opportunity for the brand as it will allow us to interface with the boating and sailing community in a completely new way,” said Gary Malamet, group VP and GM. The brand also will have a presence throughout the summer as a sponsor of the Newport Yachting Center & Marina, where Sebago will exhibit and sell during the America’s Cup World series starting June 28; and at the Tall Ships event beginning July 5. “Through these opportunities, we are able to build our relationship with key consumers in a very authentic setting for Sebago,” added Malamet.

Dance Card
Native Shoes is ready to boogie. To tout its first line of sandals, the Vancouver, British Columbia–based brand is debuting a short film called “The Summer Sandal Shimmy,” which is inspired by the choreography of Busby Berkeley. To coincide with the video’s release online Tuesday, Native is also sponsoring a contest through Facebook, Instagram, Twitter and Tumblr that will run through June 15. Consumers will be asked to submit a photo or video of them re-creating the dance routine. The grand-prize winner will receive a special spa vacation.

Top Chef
For its spring and summer ’12 lookbook, men’s retailer Haberdash turned to culinary talent. The brand, which operates two stores in the Chicago area, released its book titled “No Shirt, No Shoes, No Service,” where each page of product shots also features a local chef or mixologist and his chosen recipe. “The food and restaurant scene is where the buzz is in today’s pop culture world, and the chefs are the stars. Haberdash is tapping into that phenomenon,” said store co-owner Jerry Kamhi. “Our association with top culinary talent adds to our overall cool factor and [expected] long-term sales revenue.” Some of the footwear brands featured in the book include Alden, Grenson and Walk-Over Shoes.

Full House
The World Series of Poker, which kicks off this month in Las Vegas, will welcome one lucky Dearfoams customer. The brand, owned by Columbus, Ohio-based R.G. Barry Corp., is hosting a contest to raffle off a $10,000 seat to the main event in July. The contest closes May 31 and the winner will be selected at random. Dearfoams is sponsoring the poker series for the second year in a row.