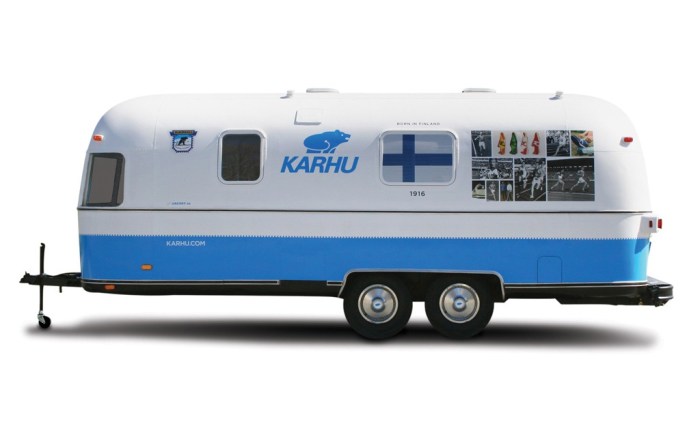 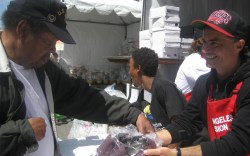 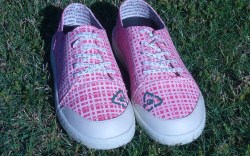 Road Trip
Karhu is hitting the road. The Beverly, Mass.-based brand will for a tour in an airstream trailer starting Friday, April 13, through April 28. The first stop is Boston for pre-marathon festivities (the race kicks off Monday). The tour will promote the relaunch of the brand’s Originals product line for spring ’13. “This year, it’s important for us to do some brand activation and educate [consumers],” said CEO Huub Valkenburg, adding that another stop will be Philadelphia for the Penn Relays. Karhu also has planned a social media component, with team members blogging, tweeting and posting to Facebook about the journey. And for fall, the brand is plotting a 4,000-mile trip across America, beginning in September. Runners are now being recruited to join the trips and test product during various road races. Valkenburg said this approach to marketing aims to introduce Karhu to a larger group of consumers. “It seems like consumers are interested, and you don’t necessarily achieve that by placing [print] ads,” he said.

Giving Back
For Easter Sunday, Pierre-Andre Senizergues spent his day giving back to the homeless. The Etnies owner and CEO gathered his team at the Los Angeles Mission to help distribute 2,000 pairs of shoes. “To have the opportunity to give them a new pair of Etnies is such an amazing feeling,” said Senizergues, who has been donating to the homeless for 14 years and has given away more than 34,000 pairs of Etnies shoes over that time. “There’s nothing quite like it when you can connect with another person on that level.” Filmmaker Mike Manzoori captured the day. “Our hope is that the will inspire our consumers to think about how they can give back in their communities,” said Senizergues.

Shark Week
Footwear brand Remyxx will enter the “Shark Tank.” Founder Gary Gnon’s product will appear on the ABC show on May 18. His line of sneakers, which he started in 2009, is 100 percent recyclable. “I hope to validate the uniqueness of my brand and look forward to spreading the eco-smart message of the brand to the show’s mass viewing audience,” he said.