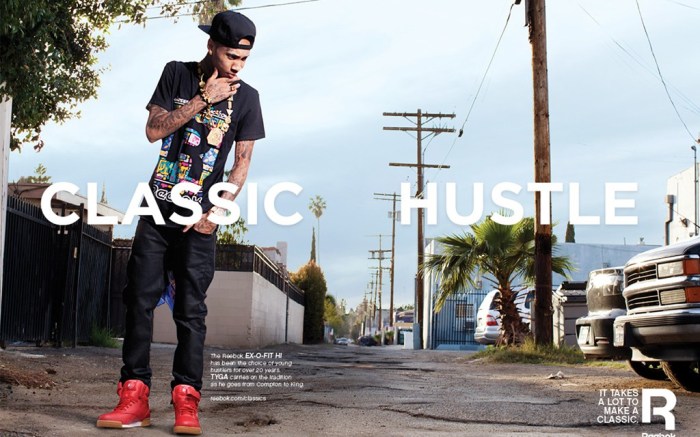 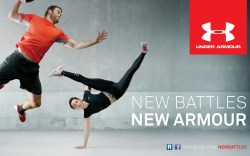 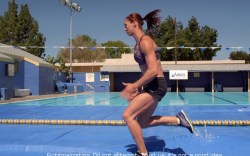 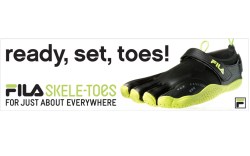 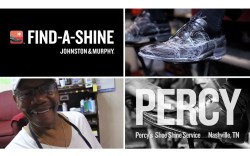 Music Note
Reebok is highlighting its classic looks once again. For the latest campaign, called “It takes a lot to make a classic,” the brand tapped music personalities Rick Ross, Tyga and Mike Posner to highlight the Ex-o-Fit, WorkOut and Freestyle shoes. “We definitely wanted a cross section of really cool artists who [approach] product in a different way,” Todd Krinsky, VP of Reebok lifestyle and entertainment, said of the participants, who all created films telling their stories and talking footwear. And while the news was released last week, the official spring campaign kicked off yesterday, with more to come for fall. Krinsky hinted that later this year, the campaign would recruit female artists to star in the ads. “[Incorporating] music has been successful, so we’re confident about this [project],” said Krinsky. In addition to the videos and behind-the-scenes footage, the brand also will launch digital and print components and expand globally in the next few months. After launching a similar classics campaign three years ago (featuring Shakira and Samuel L. Jackson), Krinsky said now was the right time for an updated version. “We’re hoping young kids will give the product a second look,” he said. “We feel really bullish about our classic product and that it’s the right time to bring it back.”

Going Global
For its latest campaign, Under Armour expanded outside of the U.S. “New Battles. New Armour” will showcase a fight between Rugby Union player Jamie Roberts and mixed martial artist Chloe Bruce, and Olympic skier Lindsey Vonn goes against a Shaolin warrior monk, to name a few examples. “This new campaign represents a defining moment in the Under Armour brand story and will serve as a catalyst for our continued global growth,” Stuart Redsun, SVP of global brand marketing, said in a statement. “Creating a platform designed to motivate athletes to push beyond perceived limits of training is true to our core values and showcases innovation in our apparel and footwear.” The campaign will include a video series, as well as print and in-store advertisements. The battles also will air on TV in select global markets, such as the U.K., Austria, Germany and Switzerland, starting April 14.

Curtain Call
Asics will soon offer a behind-the-scenes look at its spring ’12 product. The brand is launching a series of videos under the “Stop at Never” title that include unique product testing (some tests include running on water and a jackhammer test). In addition, the April 1 launch will include segments with athlete demonstrations at the Olympic Wrestling Trials and the U.S. Track & Field Olympic Trials. The series of 10 videos will go live on Asicsamerica.com.

Hang Ten
Fila is promoting its Skele-Toes product with a new billboard campaign. The brand created eight different signs that are now placed across the U.S., including a heavy concentration in spring break vacation spots such as Florida and the Dallas area. “In most cities, billboards are close to shopping destinations, and in the case of tourist destinations, outdoors are where people want to be, so we wanted to connect where [consumers] were spending time,” said President Jon Epstein. About 700 billboards, which all feature slogans that play off the word “toes,” are expected to be up by the end of March.

Shoe Shine
This week, Johnston & Murphy brought shoe shining to life. Following the launch of its Find-A-Shine app, the brand now offers a video component, where the camera follows shoe shiners from around the country to tell their stories. “[The brand] wanted to take the app to a new level by bringing some of the top-rated shiners to life,” said Jason Dasal, VP of marketing. “We hope these videos provide [consumers] with both humor and insight from true shoe caretakers.” The video also is being promoted on the Johnston & Murphy Facebook and Twitter pages.