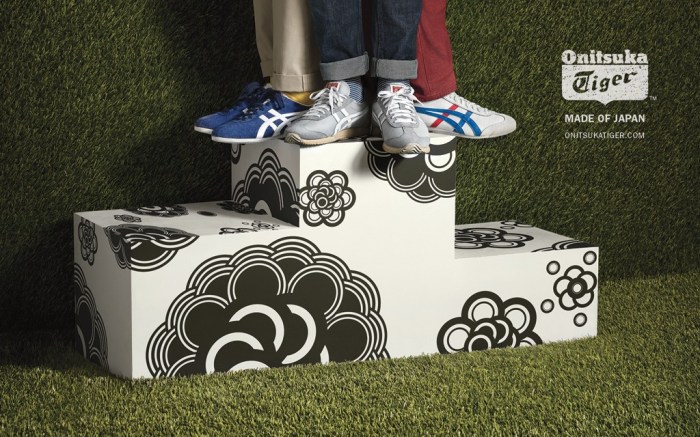 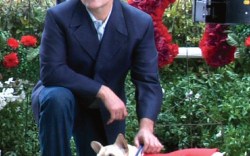 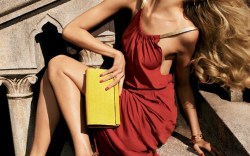 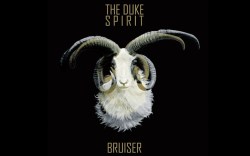 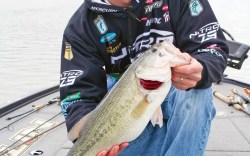 New Kicks
Asics’ Onitsuka Tiger is making major moves. With the launch of its “Born of Sport, Made of Japan” campaign, the brand is highlighting its athletic heritage dating back to 1949, with an emphasis on the Olympic Games. “We are celebrating our [history] at the Olympics, which is why we have utilized the podium as a theme,” said the brand’s senior category manager, Natacha Alpert.

“For the reset of Onitsuka Tiger, we feature a fresh vision that encompasses how our target consumer wears and captures the essence of the brand.” And as part of that reinvented image, the label will launch new styles and collections for fall ’12, while adding more retail accounts such as Barneys and J. Crew.

The campaign will run online at Onitsukatiger.com, as well as in magazines such as Nylon, Teen Vogue and Complex, and will make its mark with online media, in-store signage and a presence at festivals and art events throughout the year. Additionally, Asics recently introduced some new faces to its roster, naming tennis pro Samantha Stosur and Ironman triathlete Pete Jacobs as brand ambassadors. — Kristen Henning

Face Off
Skechers is heading back to the big game. With its third consecutive Super Bowl commercial, the company is hoping to hit a different note with consumers. Billionaire NBA owner Mark Cuban will be the focal point of this year’s spot, a change from last year’s racy ad starring Kim Kardashian.

“Sex sells, and our ad with Kim last year tended to walk the line with that a little bit,” said Leonard Armato, Skechers’ fitness president. “This year, we’re going to go for humor, so this one is going to be cute and have a celebrity angle with Mark Cuban.”

Keith Wan, director of sports and athlete marketing for the Leverage Agency, said Cuban could lend Skechers more credibility in the sports market. “Now that they’re making real performance gear, they want to let people know,” he said. “Mark Cuban is a big personality, and it seems Skechers is looking for people who have a strong following and are not shy about getting themselves in the media.” According to market research from The Q Scores Co., Cuban has a recognition rating of 40 percent, which is higher than the average celebrity rating of 30 percent. — Gerald Flores

Glamour Girls
Jimmy Choo will travel back in time next month. For the release of its spring campaign, slated to launch in February, the brand turned to the “Mediterranean glamour” of 1970s icons. Shot by photographer Terry Richardson, the images feature models Magdalena Fracowiaka and Jamie Bochert, with the backdrop of a country estate. The print ads will run in national fashion magazines, as well as online. In addition, the campaign will appear on Jimmychoo.com and on its social media sites. — K.H.

Music Note
Move to the music with Rocket Dog. The brand recently partnered with The Duke Spirit, a London-based band, to release the exclusive track “Don’t Wait” from the group’s latest album, “Bruiser.” “The power of music is undeniable,” said Rocket Dog VP of marketing Kim Dresser. “We know music is important to our consumer because it creates an emotional connection and sets a mood. Rocket Dog wants to engage our consumer in ways that connect with their lifestyle.” This month, the track will be available for free download at Music.rocketdog.com, and the release will be promoted on the brand’s website, as well as on Facebook and Twitter. — K.H.

Gone Fishin’
Fishing has become a pastime for the Rugged Shark brand. Owned by SG Footwear, the brand is now sponsoring its third professional angler: Bassmaster Elite Series Pro Ott DeFoe. As part of the deal, DeFoe will wear footwear and clothing featuring the Rugged Shark name. “This addition rounds us out and hopefully will bring our name more to the forefront,” said SG President and CEO Bernie Leifer, adding that current personalities on their pro team include Bill Dance and Bradley Roy. “[The sponsorship] will increase our business and enlighten people about our brand.” — K.H.