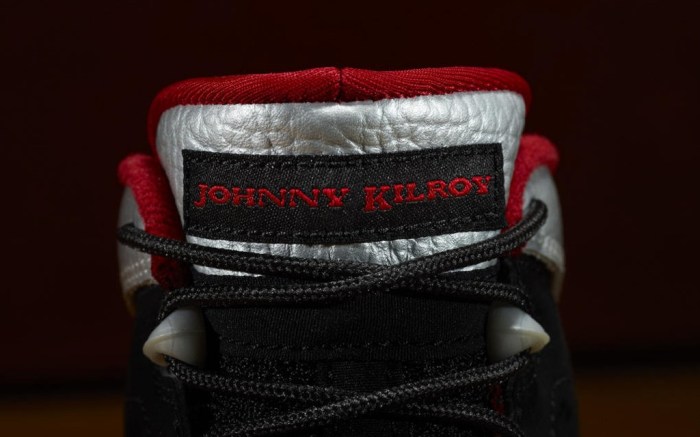 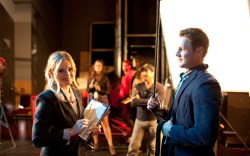 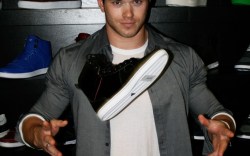 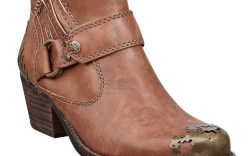 Mystery Man
The Jordan Brand is already nostalgic for the 1990s. Playing off its old Air Jordan IX sneaker ads from the early 1990s, the brand has resurrected the mysterious basketball persona Johnny Kilroy (who’s supposed to be Michael Jordan incognito) for a new social media campaign on Twitter. The campaign centers on the re-release of the retro look. Jordan Brand, which is a subsidiary of Nike, will kick off a scavenger hunt for gear in Chicago on Oct. 1 through the official Kilroy handle, @TheRealKilroy4 and hashtag #FindKilroy. Never-before-seen assets from the original Nike ads, which starred Steve Martin, Jordan and other NBA players, will also be revealed throughout the campaign.

Star Spotting
Celebrities are joining forces for Target. Starting Oct. 2, the retailer will release three five-minute videos featuring actors Kristen Bell, Nia Long and Zachary Abel. “Falling for You” is part of its fall campaign, showcasing new ways to shop product online, and it will launch at Target.com/fallingforyou. “Target has a long history of creating marketing strategies that push boundaries and generate memorable moments in time,” Shawn Gensch, SVP of marketing, said in a statement. “We created a captivating and energetic experience that allows Target’s guests an opportunity to interact with our product in an entirely new way.”

Video Debut
Creative Recreation has some new fans. The brand launched a video series this week featuring actor Kellan Lutz and music artist (and former member of LMFAO) Redfoo. The series, titled “What Is Your Creative Recreation?,” features the stars in their elements, such as at a movie premiere or backstage at a concert. Other names in the videos include MTV reality star Drama Beats and former boxing champ Amir Khan. “We created these videos with a few familiar faces to inspire people to share their stories,” said Sara Wasserman, senior marketing manager at Creative Recreation. “We want to see what Creative Recreation means to our fans.” The launch also coincides with the brand’s 10-year anniversary this year and its “This Is My Creative Recreation” photo submission contest, which will award $10,000 in prizes to fans who submit a photo on the brand’s Facebook or Tumblr page. Two other winners will be named for the $2,500 prize, and shoe giveaways will happen daily.

Love Sick
The “shoelaborations” continue at Nine West. The brand, a division of The Jones Group Inc., is launching a new item with jewelry designer Pamela Love for November. The limited-edition boot style featuring metalwork will retail for $299. “The ‘shoelaborations’ platform continues to serve as a springboard for discovery and recognition of emerging talent, bringing a constant source of fresh storied product offerings to the marketplace,” Debbie Woloshin, SVP of marketing, said in a statement. “The collaboration blends the mysterious and whimsical nature of Pamela’s aesthetic with on-trend footwear.”