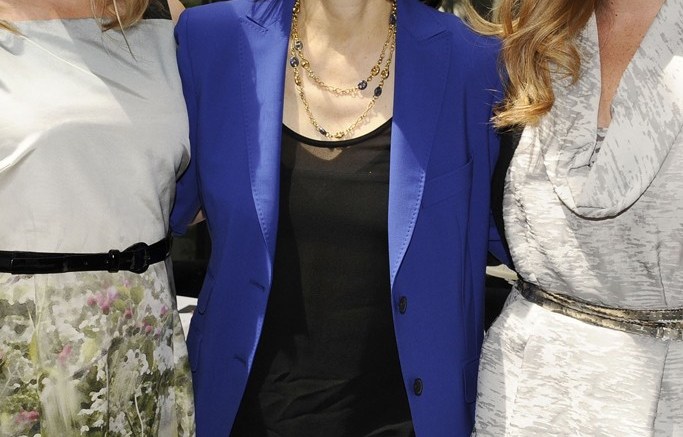 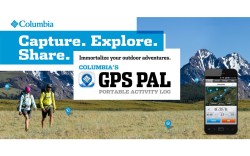 Book Launch
The co-founders of Gilt Groupe have been making the rounds to promote and celebrate their new book, “By Invitation Only.” Alexis Maybank and Alexandra Wilkis Wilson most recently attended a New York luncheon hosted by Stuart Weitzman and Quest magazine on Tuesday. Wilkis Wilson’s relationship with Weitzman goes back to about two months after the site launched in 2007. “I got a phone call saying, ‘This is Stuart Weitzman. Do you know who I am?’” she said, adding that she not only knew his name, but owns about 10 pairs of the designer’s shoes. “He told me he liked the concept and wanted [to work with us.]” The pair decided to include this tidbit in their book, which also includes a line on the back cover from Zappos.com CEO Tony Hsieh.

Travel Log
Columbia is providing consumers with a GPS PAL. The PAL, short for Portable Activity Log, is a new app that allows users to upload and share their outdoor experiences in the form of notes, photos and videos. In addition, the app allows customers to track distance traveled, speed and elevation changes. “We feel that the GPS PAL offers something not already in the GPS app space. It really is meant to be an outdoor journal,” said Garrett Gonzales, e-commerce creative manager for the brand. “It’s an app for people like us, people who love the outdoors and want to savor the memories they create there.” And with the launch on Tuesday, the Columbia team said it’s a work in progress. “We’re excited to hear from folks as they try it out and look forward to incorporating their updates as they take it out on the trail,” said Gonzales.

Flying High
PF Flyers’ Facebook fans have the chance to star in an ad campaign. The brand, which celebrates its 75th anniversary this year, is currently running a contest, asking consumers to share an image that shows their “unique style” on Facebook. The winner, announced June 1, will be crowned the “Pioneer of Style” and featured in an upcoming online ad campaign. PF Flyers will also post additional favorite submissions on Facebook along the way. And every week, one fan will be rewarded with a pair of shoes from the brand’s spring collection.

Everyday People
Nashville, Tenn.-based Johnston & Murphy has tapped everyday guys for its spring ’12 ad campaign. A documentary-style video and portrait photography will be used for social media and online outreach, as well as integrated in-store visuals, all set to kick off next week. Fashion photographer Noe Dewitt and video producer Carter Peabody featured five subjects from a 25-year-old blogger and surfer to a 50-year-old creative director. Each is shown personalizing Johnston & Murphy’s McPherson shoe, a twist on a classic wingtip, with looks from their personal wardrobes. The move, according to the company, is meant to inspire real-life men to envision themselves in the style. Originally slated for a limited release, the campaign will now roll out nationally in all Johnston & Murphy doors. It will also be integrated across platforms including the brand’s website, digital advertising channels and social media sites.