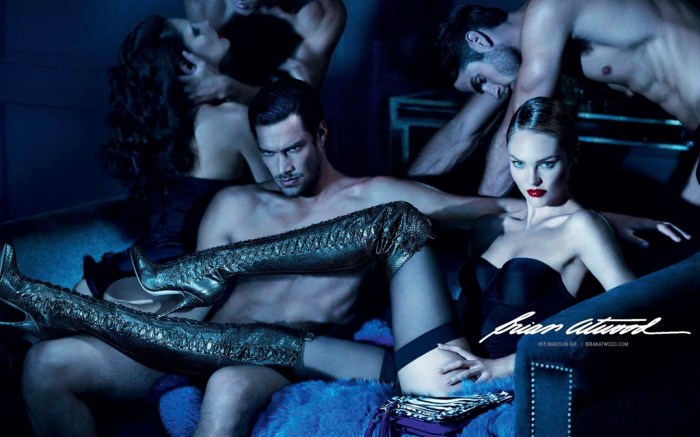 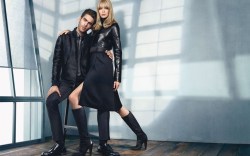 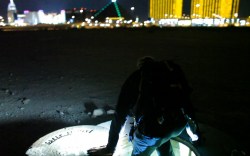 Va Va Voyeur
Sex sells, but what if it gets your ads banned? Brian Atwood’s latest fall campaign (featuring a scantily clad Candice Swanepoel in the midst of an orgy) has met with some criticism, according to press reports. News surfaced Thursday that one of Atwood’s billboards was rejected by the building that houses his new Madison Avenue store, and his promotional film showing Swanepoel watching her sexual encounters on a wall of TVs was blocked by the Taxi TV service. (The billboard was instead replaced by a tamer version, and the video was swapped out for a more-PG behind-the-scenes clip.) Atwood’s racy campaign was shot in London by Mert Alas and Marcus Piggott, with creative direction by Giovanni Bianco. The print ads are appearing in September issues of global fashion magazines, and a full-length, fully revealing version of the video will air on the newly redesigned Brianatwood.com, launching next month. The brand did not respond by press time to requests for comment.

Voice Activated
The always-outspoken Kenneth Cole wants consumers to voice their individuality. To mark his newly launched Kenneth Cole Collection, the designer has debuted a fall campaign, titled “Wear Your Voice,” that is meant to celebrate the idea of fashion as a means of communication. “Each time you get dressed you have a powerful opportunity to define yourself on your terms,” Cole said in a statement, “and in many ways you can be the person you want to be, or aspire to be, based on these (clothing) choices.” In addition to a print campaign appearing in September fashion magazines, the brand also has created an interactive microsite that aims to be an outlet for both the label and its customers. Features on the site include a shop-able lookbook, behind-the-scenes videos and an 8-week Instagram project where visitor-supplied photos will be curated by celebrity guests. First up is “Hunger Games” actress Leven Rambin, who will curate the theme “Provocative.” Future participants are artist Curtis Kulig, DJ Mia Moretti and Mashable editor Lauren Indvik.

Bottom Dwellers
Palladium is heading into the underbelly of Las Vegas. The latest documentary in its Urban Exploration series will take viewers through Sin City’s underground tunnel system. Directed by and featuring urban historians Andrew Wonder and Steve Duncan, the short film will release on Palladium’s website on Aug. 28. “This series is all about exploring unknown terrains of well-known cities,” VP of marketing Barney Waters said. “The key is depicting people strapping up their boots in order to get there.”