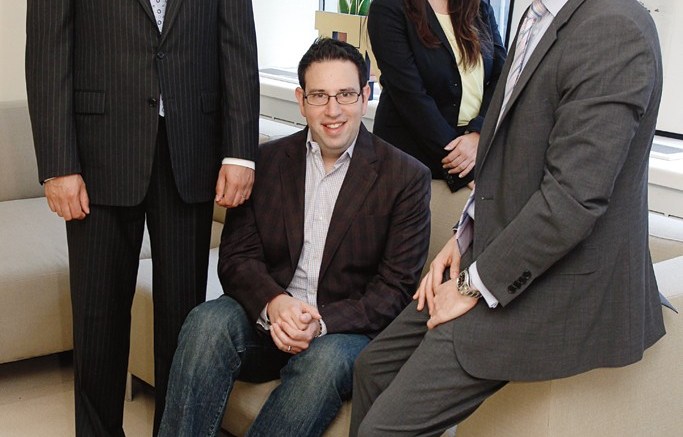 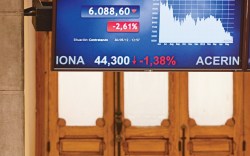 While many footwear firms got off to a strong start in 2012, analysts are bracing for a back half that could be choppy, thanks to continued uncertainty in Europe.

“It’s bad. It’ll get worse before it gets better,” Susquehanna Financial analyst Christopher Svezia said of the situation overseas, during a roundtable held at Footwear News last month.

“A lot of department stores are [buying] much more carefully now,” said Diana Katz, analyst at Lazard Capital Markets. “They’re taking less risky bets and telling vendors, ‘If you want our order you’ll have to hold inventory.’ It’s really creating a situation where the vendors have to work a lot harder to keep their market size.”

Scott Krasik, analyst at BB&T Capital Markets, agreed: “Anytime you get into an environment that’s a little bit uncertain, the retailers will push back on the suppliers.”

Krasik also noted that 2012 has “been a year where big brands have gotten bigger.

“On the athletic side, Nike has shown some pretty big numbers so far and the data suggests growth is going to continue,” he said. “In fashion, Steve Madden has really consolidated its position as the go-to brand for department stores at moderate or better price points.”

Meanwhile, analysts were mixed on the strength of a fashion footwear cycle. Camilo Lyon, analyst at Canaccord Genuity, said, “Right now, there’s a trend away from dress toward casual, which is causing a bit of a battle with average selling prices,” he said.

Here, the market watchers tackle some of the industry’s hot topics and pick the stocks they believe will have the most upside this year.

How is footwear faring compared with other segments of the market?
Svezia: For the most part, we’re still in a good year in footwear. There’s nothing really coming down the pipeline that’s going to change that dramatically. I like the fact that it’s not one-dimensional. I can’t remember [the last time] we’ve seen acceptance of multiple categories at different price points — be it boots, flats, boat shoes, even Crocs — being resurrected from the dead.
Lyon: We’re in the third year of a running cycle and second for basketball. Cycles have historically lasted three to five years, so there’s a good case to be made for this to be the year in which we start to see a deceleration in growth rates.
Katz: I would note there hasn’t been a strong trend on the apparel side, but now there is: color. I don’t think a woman has updated her wardrobe on the apparel side for a while, but now she has a reason to shop, which could take dollars away from footwear this year.

What brands have the most momentum now?
Katz: Sperry [Top-Sider]. Everyone wants to wear it — it’s not just a boat shoe, it’s a fashion statement.
Svezia: Vans. They’ve been growing their retail business significantly, so retail comps and retail store openings have been a big driver of their revenue. On the athletic side, Adidas has been taking share, domestically and internationally. They’ve done a really good job with some product on the lifestyle side, such as Originals and the shell-toe lifestyle business.
Lyon: Toms Shoes is a surprisingly important brand in the department store channel. It’s one of the top few brands in the Nordstrom shoe department, and that’s competing with Steve Madden and Ugg Australia. For a very young brand to make that kind of headway is pretty impressive.
Krasik: Crocs saw first-quarter sales growth of 20 percent, and that’s probably as good as any of these guys we just talked about in [terms of] performance. They are still growing distribution in the U.S., remaining a wholesale business with mid-tier retailers in the family footwear channel and also opening stores to build up the brand for the longer term.

The athletic market is having a moment. What’s behind its momentum?
Krasik: They’re innovating through fashion. Retailers such as Foot Locker and The Finish Line have benefited from a really strong push in product cycle from Nike and Adidas, while running brands such as Asics and New Balance are selling into the family footwear channel and mid-tier department stores, which is helping them grow their base.
Lyon: Ultimately, innovation stems from catering to the athlete. Nike makes shoes that are technically fancy despite the fact that they might be used only for casual walking by the average consumer.
Svezia: If you look at the industry as a prism, technology in the upper echelon of unique product drives a very small segment of the market. But it trickles down into product that ends up in Finish Line, Foot Locker and Dick’s Sporting Goods, [and then] into the family value channel of Kohl’s, etc., because the vast majority of people buy shoes for a specific reason — it’s comfortable, it’s colorful — and not necessarily for its intended use. By and large, though, there’s been a lot of innovation in materials and fabrications, and that’s helped a lot too.

Are the Olympics going to be a back-half, top-line driver for firms?
Lyon: No. They’re facing very difficult headwinds from a macro perspective. You’ve got two major events in a pretty deep recession [with the Olympics and UEFA Euro championship], so the likelihood of there being consumer fatigue is pretty high.
Krasik: The last Olympics, in 2008, was a unique situation because Nike and Adidas used that as a springboard to build their businesses in China. But you don’t have that opportunity in London.
Svezia: What happens is just a halo effect. Watching people run around on a track makes you think to yourself, “I should put down the chips and go out to buy some shoes or play with the kids on the lawn.” Brands showcase innovation, but that ends up being more in the pipeline of product than in consumers’ hands.

Which companies have the biggest exposure to Europe’s economic troubles?
Katz: Deckers Outdoor Corp., but they’ve taken down their guidance already to be in line on the wholesale side, so there [should be no surprises down the road].
Lyon: Deckers. Nike Inc. also has decent exposure at about 23 percent if you include Central and Eastern Europe.
Krasik: Crocs Inc. They have probably between 25 and 30 percent of their sales in Europe, which is definitely a lot of exposure [given that] their backlogs are negative.
Svezia: VF Corp. It’s starting to appear in the stock price. Timberland does 40 percent of its business in Europe alone, but VF is the only company that hasn’t come out to [admit the situation there is bad]. As sentiment about Europe gets more negative, the stock gets penalized even if nobody has said anything because there’s this assumption that at some point they will.

What are we learning about price increases on merchandise now that they’re in full swing?
Katz: If the product is right, price increases work. They seem to be sticking so far.
Svezia: If we’ve learned anything from toning, it’s that the channel can sell $100 footwear if it’s relevant, if it conveys a story and if it’s marketed properly. There’s definitely an opportunity to continue to raise prices on athletic in certain areas, depending on the channel. The bottom line is it comes down to brands, product  and relevance.

Have sourcing pressures eased at all?
Katz: The only real cost that’s come down is cotton, which doesn’t make that big of a difference in footwear.  Everything else is going up — leather and all synthetics — so the pressures are still there.
Svezia: The labor costs [for manufacturing in new countries such as India and Vietnam] are going up. This is going to force companies to work harder to find [innovative] ways to manufacture. Look at Nike Free: It’s a couple of pieces layered on top of each other and stitched. It’s tooling, with very little manufacturing. When these molds and lasts appreciate over time, the margin structure on that business is going to go up. In a couple of years, these products will be very profitable.

What does the mergers-and-acquisitions landscape look like for the rest of the year?
Lyon: Nike is always looking at things, although whether they’ll pull the trigger is a different question. They’re putting a lot of effort into Nike SB [skateboarding], really trying to drive their credibility in that market, so it’s one of the categories I could see them have an interest in from an acquisitions perspective.
Svezia: Nike’s done a great job at skate, but I would say they’re looking at what The North Face has become at VF Corp. They really don’t have authentic credibility in the outdoor business, whereas Adidas does. Outdoor is pretty resilient. There are so many small- to medium-size names, and Nike’s good at doing small, tuck-in deals for $600 million or less. I’d say they’d want to keep it small, put the Nike trademark on it and double the distribution.
Krasik: VF is still digesting Timberland, so while they’re not looking to do a billion-dollar deal, a $100 million deal doesn’t really move the needle for them anymore. People ask if they’re going to buy Deckers, but you need $3 billion to buy Deckers — that would be just enormous. Brown Shoe Co. and Deckers have a lot on their plates right now. And then you’ve got brands out there like Skechers, Crocs, or K-Swiss that probably don’t need to be standalone companies anymore.

Why would those firms be potential targets?
Krasik: Crocs is trading at a multiple of 11 times EBITDA this year. People aren’t giving them what they deserve [given the company’s history].
Svezia: K-Swiss Inc.’s market share has deteriorated. They made some strategic missteps and they’re paying the price as a result. Palladium is maybe worth something, or beginning to be. Could they monetize that? Maybe. But at the end of the day, you really need a bigger company to buy the K-Swiss name, and I just don’t know who [would be interested].

What’s your stock pick for the year?
Svezia: DSW Inc. It has become a destination retailer. People are gravitating to that store to find out what’s new, what’s relevant, what’s seasonal. They’ve been able to put the right products in stores and not just what falls off the truck. They’ve done a great job in terms of execution, but there’s still a lot to come on this story.
Krasik: DSW. I would add that from a stock setup perspective, their earnings this year are going to be constrained by accelerated store openings and elevated product costs. They are overcoming a big obstacle [now as] a larger market-share taker from the department stores. You can get a pretty powerful earnings growth story in 2013 while a lot of other companies will be seeing slowing growth.
Lyon: Foot Locker Inc. The most exciting part of that story is the gross margin recovery story. Coupled with a very strong balance sheet, you’re hard pressed to find something wrong.
Katz: Deckers. It’s a risky but potentially lucrative move. The play is the [Ugg] brand isn’t dead. I’d put money on that bet.