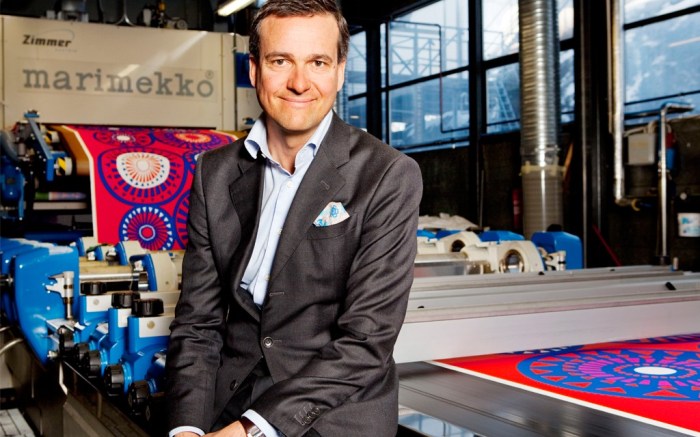 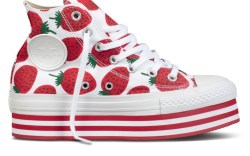 Helsinki-based Marimekko, known for its bold-patterned textiles, took its positioning to the next level last week with its first New York Fashion Week runway show, which also featured the brand’s collaboration with Converse.

Several of the models walked in bright, fruit- and floral-printed sneakers — products of the 2-year-old collaboration between the two labels. The spring ’13 women’s styles, which retail for $90, will be available at both Converse and Marimekko stores early next year.

“[Converse] is iconic,” Marimekko CEO Mika Ihamoutila told Footwear News. He added that the brands plan to continue the partnership in future seasons. “[Converse] is a heritage brand just like Marimekko, and it is playful like us, so there is a psychological match. We are approached by other brands [seeking collaborations] on a weekly basis, and we say no to almost all of them because we don’t want to [form partnerships] unless there is a certain harmony and fit.”

The Converse Marimekko collection — and the Finnish label’s other offerings — will be more accessible in the U.S. for spring ’13, thanks to major retail expansion. A Boston store opened in August, and two more branded locations are set for Los Angeles and Palo Alto, Calif., within the next three months. Ihamoutila said the retail growth was spurred by the success of Marimekko’s New York flagship — its first in this country — which opened a year ago.

The CEO added that Marimekko’s Fashion Week show was aimed at promoting both the company’s stores and its wholesale business here. “New York has an audience that’s more open to listening to our philosophy than some of the European fashion capitals that can be restricted in their thinking,” he said. “We wanted to introduce the new era of Marimekko first to New York.”