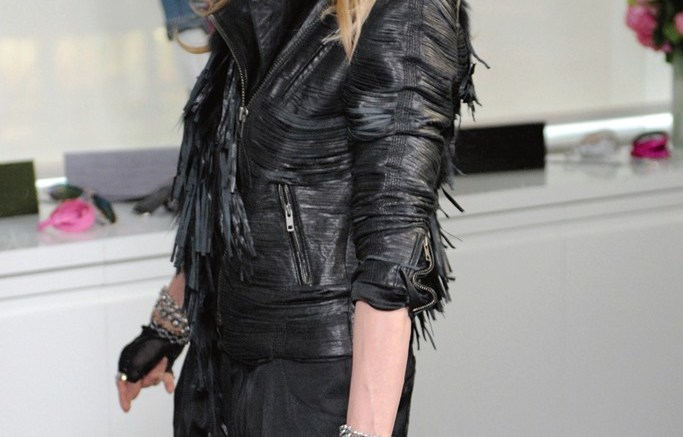 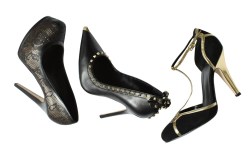 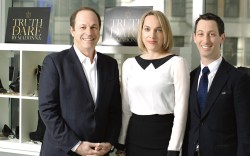 NEW YORK — Madonna will soon be dancing in her own shoes.

The music icon is making her fashion mark again with a line of footwear under the new Truth or Dare label, owned by MG Icon. The collection will launch for fall ’12 and will be produced by Aldo Group Inc., marking the first footwear license agreement for the company.

The deal came about through Aldo Product Services, a division created in February 2010 to handle wholesale, private-label sourcing and now licensing agreements.

MG Icon is a joint venture formed in 2010 by Madonna and her manager, Guy Oseary, and Iconix Brand Group Inc. Footwear will be the brand’s second product launch, following a fragrance that will debut in April.

“Footwear has always been a critical part of the plan,” said Iconix CEO Neil Cole. “And realizing that Aldo was willing to do wholesale, it was the perfect timing.”

Nicholas Martire, GM of Aldo Product Services, added that it was also time for Aldo Group to add new depth to its business. “It is a way for us to move forward,” he said of the deal.

The initial footwear offering consists of more than 60 styles, including flats, heels, booties and over-the-knee boots, set to retail for $89 to $349. Many of the dance-inspired looks will feature studs and cap-toe details. Madonna’s stylist, Arianne Phillips, will serve as the creative consultant.

But the pop superstar herself will also have constant input into the line’s development.

“Her fingers are really on this brand,” Phillips told Footwear News. “The first thing I did was remind her of all the shoes she wore over the years, and we took the styles that we can’t live without. You can always depend on her to bring her style and provocateur quality, but she also has a very feminine perspective.”

The shoe collection comes with the support of big retail players, including Nordstrom, Asos.com and Macy’s, which also was the launch partner for Madonna’s first retail project: the Material Girl line that hit in August 2010. This time, select stores will feature special displays to promote the Truth or Dare brand, and Selfridges in the U.K. will create a pop-up shop. The line also will debut at The Bay in Canada.

Beyond the name appeal associated with Madonna, the Macy’s team was impressed by the brand’s “great dress shoes and boots,” said Deanna Williams, a spokesperson for the retailer. “We think our customer will be excited about this line because it’s by such an iconic and innovative creative such as Madonna.”

Looking ahead, Cole said he plans to expand the brand globally to Germany, France, Spain and Italy in 2013.

Truth or Dare will target 27- to 50-year-old women, an older audience than Material Girl’s junior consumer. “[This customer] has graduated from Material Girl,” said Lanie List, chief merchandising officer at Iconix. “It’s what the sexy woman wears to suit all her needs, not just what’s sexy.”

Cole stressed that the new brand isn’t a typical celebrity enterprise due to Madonna’s involvement. “I don’t really look at it as a celebrity line,” he said. “The key is going to be great product and marketing, and the fact that Madonna is our partner is an added twist.”

To market the brand, Iconix will roll out print and online advertisements next month that feature the pop star. And there are plans for Madonna and her backup dancers to wear modified versions of the looks on her upcoming tour, which kicks off this summer.

But while the singer’s participation in promotions will be important, it will take more than a household name to ensure a successful launch, said Marc Beckman, founder and CEO of Designers Management Agency, a New York-based talent and brand management firm.

“Her attachment to the brand is critical — she has always been a fashion icon and people love her — but at the end of the day, the product has to be unique,” said Beckman.

In addition to shoes, the Truth or Dare brand will launch intimates later this year and is in discussions about legwear and additional accessories for 2013.

“Footwear has had a tremendous response and that inspires new product and categories,” said List. “We’ll make this a very organic growth strategy.”

Ultimately, Iconix and Aldo are predicting major opportunity for both their businesses, especially with global expansion.

Cole said, “We have so many different countries we can do business with, and there is so much [potential] to grow worldwide. That’s a bigger opportunity than a traditional U.S. footwear launch.”