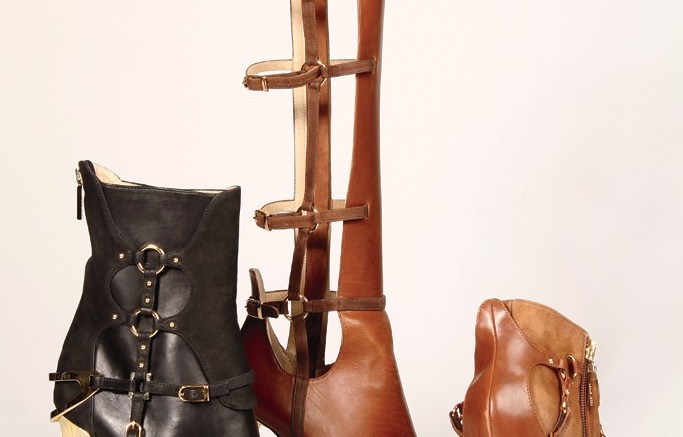 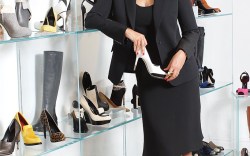 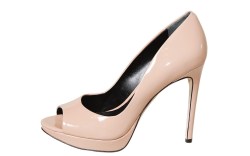 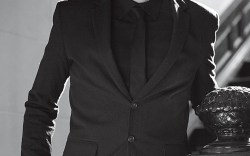 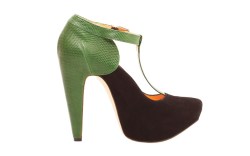 The luxury footwear market is getting a spate of new competitors from the apparel world this fall.

While shoes have always been a logical extension for clothing labels — and a territory many have attempted to break into before — a number of high-end fashion players are finding the category especially enticing. Fueled by a need to grow their businesses in a tough economy and inspired by both customer and retailer demand, brands are benefiting from a marketplace that is hot for shoes right now.

As a result, Rodarte, Roland Mouret, Hervé Léger by Max Azria and No. 21 by Alessandro Dell’Acqua have added shoe collections for fall. Additionally, Rachel Roy, whose diffusion line Rachel Rachel Roy at Macy’s already includes shoes, is debuting footwear under her high-end namesake label, and Narciso Rodriguez will reintroduce shoes to his mix after more than five years.

“[Adding footwear] is a really great way for [a fashion brand] to round out its portfolio,” said Milton Pedraza, CEO of The Luxury Institute LLC. “Shoes also can be less subject to discounts than other products. They hold their prices a little more firmly than apparel, especially at the high end.”

But even for established brands, the luxe sector hasn’t been immune to economic woes. The high-end footwear market was impacted by the recession, but according to market research firm Global Industry Analysts Inc., it has since rebounded and has been one of the strongest categories post-recession, as customers have sought out familiar brand names.

Rodriguez said he had considered relaunching shoes in his eponymous line for the last couple of years, but fall ’12 presented an opportune time because of the high demand. The designer, whose 12-style fall collection will debut at Barneys New York in August, said the bulk of the offering features exotics such as ostrich, at prices from $800 to $2,000, with alligator styles reaching $14,000.

“Beautifully made shoes are very desirable and easily accessible because they can refresh your entire wardrobe,” Rodriguez said. “There are so many different types of accessories available today, but bags and shoes are the things that women covet the most.”

The designer, who until now has collaborated with Edmundo Castillo for runway looks, added that his label is counting on the shoe collection to drive growth. “The [high-end] accessory market is ever-growing,” Rodriguez said. “Since I became sole owner of the company [in 2008], we have been looking to open new divisions and other categories.” The brand aims to double the footwear collection for spring ’13, as well as expand its retail presence in Asia and Europe.

For Rachel Roy, too, the category presents an opportunity to take her brand to new markets. The shoe launch is a partnership with The Jones Group Inc., which is bullish about Roy’s prospects. “We expect footwear to be a strong category,” said Roberto Zamarra, president of Rachel Roy footwear at Jones Group. “[Roy] has a solid identity in sportswear and now is the time to continue this story for the customer.”

The collection starts at $200 and will be available at Bloomingdale’s, Saks Fifth Avenue, Nordstrom and other major department stores in August.

“The advantage is that I am [the customer],” Roy added. “Working at these price points, I really respect the customer and how long it took her to make her money. I wear everything myself, and my customers know I’m not going to give them anything that I wouldn’t want. They trust that.”

Customers are also top of mind for Roland Mouret, whose first shoe offering of six styles, ranging from $1,000 to $2,000, is set to hit stores in July. “[I have been] called a master of dresses,” the designer said. “I hope to become a master of shoes, too.”

Mouret, already familiar within the luxury footwear world as creative director for Robert Clergerie, had the advantage of manufacturing his own shoes at the Clergerie factories in France. Now, his plans include growing his own footwear collection to 50 styles within the next three years.

Max Azria said his Hervé Léger label also is banking on a successful footwear launch, which includes three styles of leather boots and booties that will retail from $800 to $1,000. The shoes will be available exclusively at Hervé Léger boutiques starting in July.

And while Hervé Léger brand dresses sell in top-tier department stores such as Saks Fifth Avenue, the designer said the footwear will take time to build an audience.

“Being a well-recognized label certainly helps, but does not guarantee [success],” Azria said. “Continuous efforts have to be made to achieve the client’s trust and elevate the product in the consumers’ minds. Attracting luxury buyers to a new brand offering is relative to time and consistency. Our challenge is effectively reaching out to the Hervé Léger by Max Azria client and establishing — as well as expanding — our brand presence through Web and retail channels.”