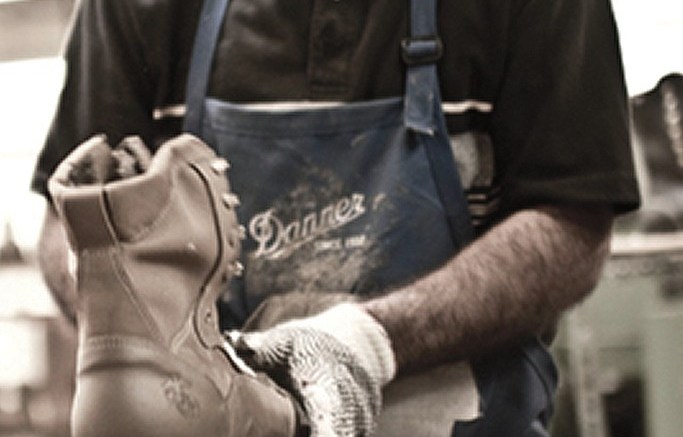 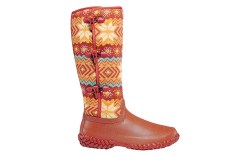 LaCrosse Footwear Inc. wants to be known for a lot more than rubber outdoor styles and military boots.

The Portland, Ore.-based company, parent to Danner for the last 18 years, has been crafting its namesake footwear since 1897. While its core markets remain key to the business, LaCrosse is now wooing city-dwellers with two new offerings: the high-end Stumptown line that launched last fall under the Danner umbrella; and an upcoming women’s lifestyle collection through the LaCrosse brand, set for a July 2012 debut.

“Historically, we’ve been known as a quiet company that’s legendary for its quality and innovation,” said Joseph Schneider, CEO of the publicly traded company, adding that he sees a future in slowly growing a street-style selection. “Functionality and durability is paramount to what we do. We’re now integrating fashion into our offerings, but we’re still sticking with our roots.”

The addition of the fashionable Stumptown line helps LaCrosse round out its offerings to weather market uncertainties. In early 2011, it lost out on some military contracts, though it eventually won them back. In fact, late last year the company announced a $15.4 million deal with the U.S. Marine Corps for Danner’s USMC Rugged All-Terrain hot-weather boot.

Still, when LaCrosse reported full-year earnings for 2011, it saw a 12.8 percent decline in sales over the previous year. The company pulled in $131.3 million in sales across LaCrosse and Danner, $76.9 million of which came from the work category, plus considerable contracts from the military. The other $54.5 million was attributed to outdoor sales, as well as the small but growing lifestyle category.

While the company does not separate out sales for Danner and LaCrosse, the number of styles each brand provides is almost equal: Danner sells approximately 250 styles (retailing for $110 to $500), while LaCrosse produces 230 styles ($90 to $290).

Forty percent of all Danner styles — including boots crafted for the U.S. armed forces and the new high-end Stumptown line — are manufactured in Portland.

Stumptown, which debuted in fall ’11, takes traditional Danner boots and gives them a fashion edge with materials and color pops. Although the styling is on-trend, the boots’ core design and functionality — with waterproof liners, durable bodies and slip-proof soles — were built from decades of experience outfitting hunters, hikers and the military.

The 20-style line, priced from $280 to $380, is now carried in 55 stores, including boutiques such as Haberdash in Chicago and Tanner Goods in Portland, Ore. Ironically, consumer demand from Asia spurred the launch, said Brad Walhood, lifestyle sales manager for Danner.

“We’ve been doing business in Asia for more than 25 years, and some offerings were specific to those markets,” explained Walhood. “Consumers in Tokyo wanted our classic hiking silhouettes spun in new colors and materials, and Danner Japan delivered. Retailers and consumers in the U.S. saw the updated looks on fashion blogs and wanted the product here. After hearing those requests for a couple of years, we launched Stumptown.”

According to Andie Acosta, store manager and buyer at New York’s Dunderdon, which carries a handful of Stumptown styles, the boots have been popular among customers looking for a more sophisticated look. “I see a transition in people who used to always wear sneakers and are now dressing up their looks with boots like Danner. And because they’re waterproof and Gore-Tex lined, the shoes are also replacing snow and rainboots for many of our customers.”

Next up, LaCrosse is set to expand its lifestyle offerings in July with a dedicated line of rubber boots for women. In a nod to the company’s history, the designs were inspired by vintage looks, integrating bright colors with iconic silhouettes. LaCrosse plans to market the line, set to be priced between $125 and $175, to high-end retailers that already sell fashionable waterproof boots by brands such as Hunter.

On deck for fall ’12 are a handful of Danner lifestyle leather boots starting at $180. This budget-friendly collection will feature classic workboot construction and functionality, only created with more affordable materials.

While the lifestyle product is still a minor part of LaCrosse’s overall volume, Schneider said he’s optimistic about future growth. “You look at the products we send to Afghanistan and we’re selling similar boots to shops on high streets in London and Hong Kong,” said Schneider. “After laying the groundwork, we now have a nice portfolio of products to bring into new markets.”