Labor Issues Back in Spotlight 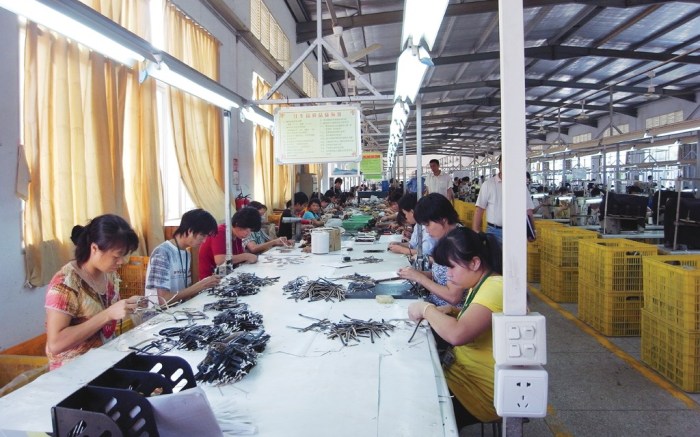 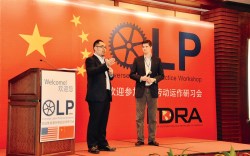 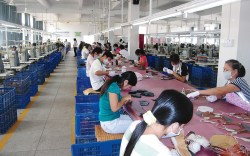 While the footwear industry has made major improvements in the way it monitors working conditions in Asian factories, labor experts said more needs to be done.

Even after worker abuses in Apple’s Foxconn Technology factory surfaced and shoe companies encountered new labor problems of their own, brand executives said they took comfort, and placed confidence in, the industry’s decades-long history of dealing with issues of worker abuse.

“This area has been a priority from a management perspective for quite a while,” said New Balance’s head of corporate compliance, Monica Gorman. “When codes of conduct were first developed [in the 1990s], they emerged out of the apparel and footwear industries.”

Gregg Nebel, head of social and environmental affairs for Adidas Group, too touted his company’s role in monitoring factory conditions. “Since the early 1990s, the company has taken an active role to promote and enforce workplace standards,” he said, adding that Adidas annually conducts hundreds of factory audits in 69 countries. “We employ a team of 65 specialists around the world who work daily toward more sustainable business practices.”

The industry’s leadership role was reaffirmed recently, according to Matt Priest, president of the Footwear Distributors & Retailers of America, when he was contacted by an executive at an electronics association and asked for advice on implementing an educational program to address worker conditions in Chinese factories.

“They were starting from square one and wanted to know what they needed to do to help drive awareness among their members and help them deal with these issues,” Priest said. “They are just starting to deal with this.”

Indeed, while the electronics industry is taking its first steps toward a proactive system to address issues of unfair treatment, apparel and footwear firms are marking milestones.

Last year, VF Corp. celebrated the 15th anniversary of its Factory Compliance program, and the company said in 2010, its auditors conducted 1,785 inspections in 62 countries. (The firm hasn’t released 2011 statistics.)

“In my time with VF, I have traveled more than 2 million miles, visited 58 countries and more than 400 factories, and I have seen some tremendous progress in the working conditions of the apparel and footwear industry,” director of factory compliance Ron Martin said in VF’s 2011 Global Compliance Report. “While VF and its brands still have a ways to go … [we have] helped contribute significantly to the reduction of child labor in the apparel and footwear industry. Also, many more workers now have access to clean drinking water and work in a safe and healthy working environment.”

Yet, even amid the industry’s most aggressive enforcement approaches, labor issues continue to make news. Earlier this month, more than 300 workers at a Sabrina Manufacturing facility in Kampong Speu, Cambodia, fainted en masse while producing Nike footwear. Similar mass faintings have occurred at other Nike factories in the country. Executives at the brand are reportedly investigating the incidents to determine the cause.

And in March, researchers for the charitable organization War on Want revealed that workers in a Bangladeshi factory that produces goods for Adidas, Nike and Puma were subject to verbal and physical abuse, long hours, inadequate compensation and sweatshop conditions.

For its part, Puma executives said they had been monitoring the situation in the factory for some time and were working to resolve the problems.

“These issues, including the concerns raised by War on Want, have been addressed and discussed with the factory management,” said Reiner Hengstmann, head of Puma’s social and environmental affairs. “We are frequently on-site in Bangladesh to help the factory management implement the corrective measures.”

Similarly, many in the footwear industry have expanded their auditing process in recent years.

Bob Campbell, CEO of BBC International, said footwear today is less prone to abuses than other industries because more eyes are watching what happens on the factory floor. “We do audits on a daily basis,” he said. “We have to abide by rules and agreements. I don’t own my brands. I’m required by the licensor to have certain specifications [in factories]. And our customers demand audits.”

Other executives said forging strong partnerships with factories is the key to maintaining oversight over labor issues.

“Many of us in the branded business really nurture long-term relationships with these factories,” said Tom Florsheim, chairman and CEO of Weyco Group Inc. “We’ve been doing business with a lot of these factories for 10 years or more, and we want them to do well.”

But even while shoe executives heralded their initiatives, labor experts are calling for more action.

Dara O’Rourke, associate professor of environmental and labor policy at the University of California, Berkeley, said while footwear firms have made progress on some of the most egregious cases of physical, verbal and sexual abuses, worker rights regarding pay, overtime and the right to assemble and unionize have not been addressed adequately.

“On core labor rights and core wages and hours issues, there are continued issues in the supply chains of not only electronics and toys but also footwear,” he said.

Additionally, O’Rourke said, shoe companies need to understand how their processes in the U.S. directly contribute to abuses in the factories. “The root causes [of worker abuse issues] are not just in the Foxconns and the Pou Chens [one of the largest footwear factories in China]. The problems also originate in Cupertino [Calif., where Apple is based] and Beaverton [Ore., where Nike is headquartered].”

For example, the professor said brands need to understand how changes to designs and delivery schedules and tough stances on pricing directly contribute to factory floor abuses — and that is where the industry has fallen short.

“In the big footwear companies, it’s the design, marketing and supply-chain teams that really drive these companies,” O’Rourke said. “These are the power centers.”

“The brands’ decisions at their headquarters make a real difference on the factory floor,” added Meg Roggensack, a labor rights expert at the nonprofit advocacy organization Human Rights First.

“If you change an order [at the last minute] or if you give a short delivery time or you’re overly tough in negotiating a price, those things can all play out in ways you don’t intend in terms of how workers are treated. If you don’t understand those dynamics, you can audit until the cows come home and you won’t get at the root causes.”

Florsheim, however, said that over the past three years, as footwear factories have closed in China, negotiating power has shifted, limiting the pricing and delivery demands footwear companies can conceivably make. “The better factories that have survived have a good amount of clout,” he said. “Of course, we’re going to fight for a good price, but with many of the good factories, they will say this is the price and there isn’t much you can do. They have the power.”

As for tight production schedules and late design changes, Chinese Laundry CEO Bob Goldman said these factors are inherent to the fashion industry, and as such, can’t readily be changed by footwear manufacturers. Brands regularly receive pressure from retailers, and retailers are responding to consumer demands for on-trend product in real time.

“If you find that purple isn’t selling and the retailer wants green, what can you do?” said Goldman. “I’m all for [extending delivery dates] if we can change it, but I don’t think we can lose that ability to adjust to trends. [Social and safety issues] are something that needs to be addressed, but all we [as brands] can do is inspect and verify that factories are in compliance.”

Nevertheless, Roggensack said the case of Apple and Foxconn provides footwear companies — as well as all industries that manufacture overseas — an opportunity to reevaluate their supply chain processes to ensure that fair working standards are being met.

“Even though footwear has been in the news for a long time, everything is new again and it’s a good time for the industry to look at what it’s doing and reassess whether it’s getting them where they need to go,” she said.