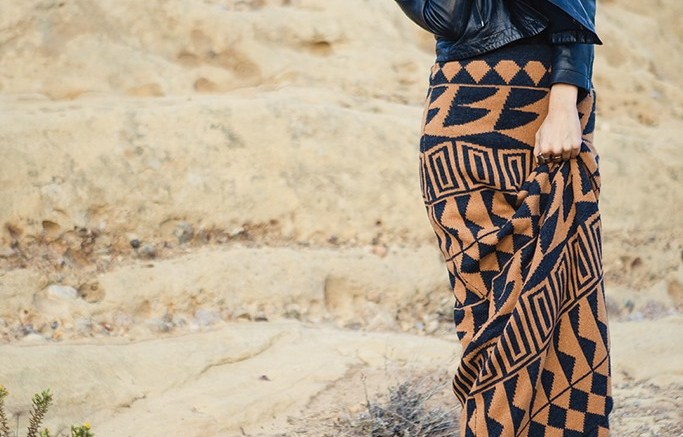 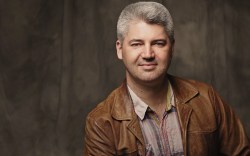 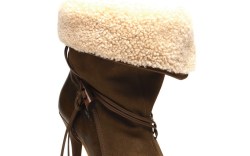 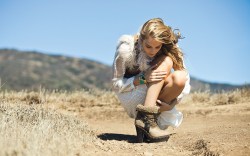 Santa Barbara, Calif.-based Koolaburra is taking a stab at the mainstream market.

After a good fall ’11, when sales grew 50 percent over the previous year, CEO Jeff Rawlings aims to take the shearling brand beyond contemporary boutiques and into more department stores and footwear-specific accounts for fall ’12. Current distribution includes Madison in Los Angeles, Oak and Searle in New York, Piperlime.com, Singer22.com and others.

“Looking at the [retail] landscape, we see the potential to expand into some footwear-only channels, which we really haven’t been focused on over the past couple years,” Rawlings said. “We took some time to work on the product, build the brand perception and align with our customers. We think we’re ready now to take on that challenge.”

To achieve this goal, Koolaburra has been making a few changes to the product lineup. Last fall, the brand unveiled the Studio Collection, a more fashion-driven product line priced from $200 to $450. “We still have all the heritage [product], which we’re known for, with fringe and embellishments and studs on the classic profile, as well as our wedge,” Rawlings said. “But our Studio Collection introduced 5-inch platform clogs, and that product is getting us noticed.”

Retailers agreed that the brand’s fashion looks are connecting with consumers.

“It’s very fashion forward, and it’s not your typical [sheepskin] boot,” said Jayme Starr-Ramos, a buyer at The New York Look in Manhattan. “We carry very fashionable clothing, and this is something that sits well with that.”

Tracy Ogden, a spokeswoman for Amazon.com and Endless.com, agreed that Koolaburra’s new looks have propelled the brand forward. “It has always been an Endless customer favorite, but now with these style implementations, it has become more fashion forward and unique,” she said. “Our customers say they love that Koolaburra has remained true to itself while adding a slight edge at the same time.”

To reach an even wider customer base, Rawlings said he intends to also offer some lower-priced items.

“What we’re looking at now is planning fall for next year and broadening the distribution with more achievable price points,” he said. “Now that we’re well established as a premium brand and we’ve seen people gravitating toward our aesthetic, we want to make the price point a little more achievable. We may have an item or two that will go down to $100, but most are going to be $150 to $250.”

Heel heights will come down as well.

“We have some stuff right now that is pretty tall and fantastically fashion forward, but may not be as wearable as some footwear channels might like. We’re going to offer some product that will have a rise to it, but maybe not [as much as] 5 inches,” he said.

The brand also is embracing new constructions that don’t include a shearling lining.

“Boots with no sheepskin in them [have] been among our top sellers [for fall],” Rawlings said. “Our designer has been able to infuse the line with this Southern California, boho sensibility.”

That’s particularly important as the brand expands internationally into some Asian markets with warmer climates, such as Hong Kong.

Last year, Koolaburra announced it had secured agreements with 11 international distributors covering 25 countries, including Belgium, Canada, China, France, Germany, Italy, Japan, Russia, the Netherlands and Turkey. “The opportunity [abroad] came as a result of the product people are seeing in the U.S. market and wanting to sell it [at home],” Rawlings said. “We’ve been pleased with how they are all performing. The big surprise has been Japan, which we were worried about because of the [nuclear] disaster. But they seem to still want the boots, and [our distributor there] is up several hundred percent.”

Retail expansion is also in the works.

In September, Koolaburra bowed its first branded store in Hong Kong, and Rawlings said more locations are in development. “By fall ’12, we may well have an additional shop in Hong Kong, perhaps one in Seoul, South Korea, one in Tokyo and another in Europe,” he said.

And while Rawlings hasn’t completely ruled out the possibility of U.S.-based shops, he said they are unlikely. “We haven’t made a decision yet, but we feel we have good retail partners both in Los Angeles and New York and in other key markets,” he said. “We don’t feel the need to do it right now here, but retail is very different in Asia, and customers [there] expect to see branded shops, so we’re delighted to build brand recognition in those markets.”