Kari Sigerson on Her Madden Deal 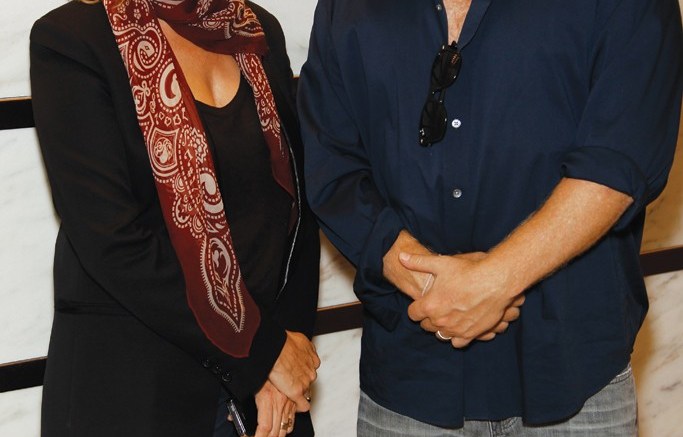 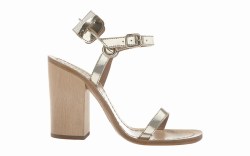 NEW YORK — Steven Madden Ltd.’s latest venture is a first for the firm — and a second chance for designer Kari Sigerson.

The company’s new collection, called 7B, is the brainchild of Sigerson, half of the founding and former design duo behind Sigerson Morrison (now owned by Marc Fisher Footwear). The new made-in-Italy label, slated to hit retail in February 2013, includes everything from sandals to boots, with a focus on flats and mid-heels. (Steven Madden owns the brand, while the Elliot Pliner showroom will handle wholesale and Sigerson serves as lead designer.)

“They are very simple, timeless shoes,” Sigerson said, noting that 7B is aimed at a wide demographic of 20- to 60-year-old women who enjoy fashion but don’t necessarily follow trends, and the label is being selective about the retailers it targets.

“[With 7B, our company will reach] a customer unlike any that we have,” Madden said. “We started to [reach a higher-end shopper] with Elizabeth & James, but 7B is a little bit different, and Kari has her own unique flavor. [She] has a connection to a particular customer. To be honest, I’m just going to get out of the way and try to help her. I’m happy to be able to support this kind of venture, and I’m going to start doing more of that.”

Madden noted that he has followed the careers of both Sigerson and fellow designer Miranda Morrison for many years.

In fact, Morrison worked for Madden as his first designer, when he was conceptualizing his brand in the early 1990s. “I always wanted to work with [Kari and Miranda],” the designer said. “They made a deal with one of our competitors along the way, so that was too bad for me. But then the opportunity presented itself.”

Morrison also has joined the Madden design team, although she is working on projects other than 7B.

The new partnerships come at a difficult time for the two women. Sigerson and Morrison’s involuntary split from Marc Fisher and the loss of their trademark made for a bitter breakup with the company that has resulted in a legal battle.

Sigerson was candid about the challenges she has faced.

“[Losing the intellectual property rights to the Sigerson Morrison brand] has been the hardest thing,” Sigerson said. “It is bad enough to give up your baby, but to give up your name … I would tell young designers just to try not to do that. And listen to your instincts.”

But Sigerson said she is looking forward to a fresh beginning with the launch of 7B and plans to tap into her brand-building expertise and manufacturing relationships in Italy to get the line off the ground. “[Steve] has been really great in giving me free rein to do whatever I want,” she added. “He’s pushing [7B] and supporting it, which is really great, but he is letting me set it up, cook it, and once we get to a certain point, we are hoping to [collaborate with] other fashion designers.”

Retailers also are upbeat on the new line. “It’s definitely cool-casual. You can pair it with dresses or jeans, and that’s how customers’ lifestyles are today,” said Lori Miller, a buyer at Glencoe, Ill.-based boutique Shirise.