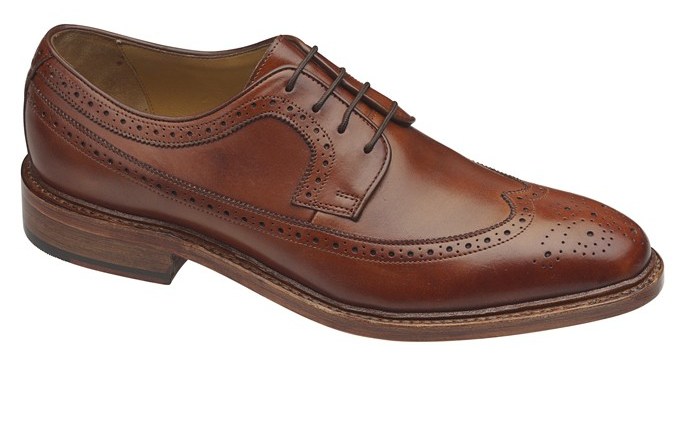 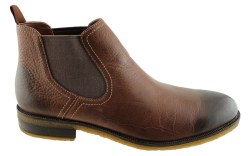 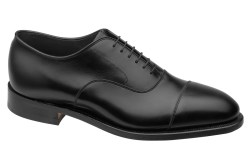 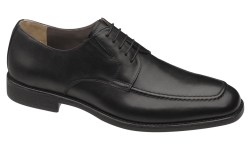 With the presidential election less than six months away, the race for the Republican nomination continues to heat up. However, their political views are not the only thing setting them apart. Their personal styles are just as diverse. In an FN exclusive, Johnston & Murphy, which has been crafting shoes for U.S. presidents since Millard Filmore in 1850, has cast its vote on the shoes that best reflect each candidate’s fashion sense.

Mitt Romney: Hutchins wingtip in brown
The Hutchins shoe is a safe play for Romney. However, if he’s ready for some risk-taking, the boot silhouette is an option. Both are updates to a classic, welted style — a traditional look with a twist. And the color brown easily transitions between Romney’s staple blue suits and blue jeans.

Rick Santorum: Burchfield gore boot in brown
The Burchfield updates Santorum’s casual style. It features a genuine crepe outsole that would be comfortable on the campaign trail. And the shoe’s burnished leather easily complements his variety of sweater vests.

Newt Gingrich: Georgetown II cap-toe oxford in black
Because Gingrich opts for classic power suits with traditional styling, he requires a shoe with the same look, such as the Georgetown, similar to styles worn by past presidents Harry Truman, Dwight Eisenhower and Ronald Reagan. According to Johnston & Murphy, the toecap on this shoe has clean, efficient lines that are all business.

Ron Paul: Suffolk moc-toe laceup in black
Paul has been known to pair athletic shoes with his suits, so Johnston & Murphy chose a shoe from the XC4 line for its blend of both dress and performance features. The brand noted that for a man who’s no-nonsense, the Suffolk gets the job done.