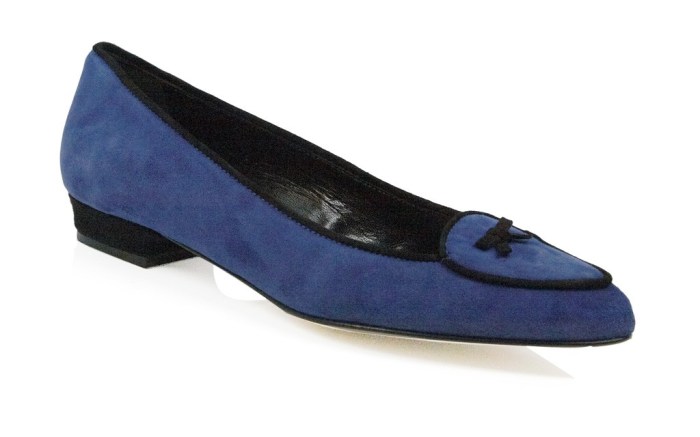 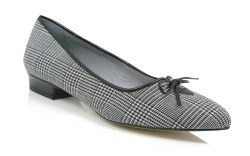 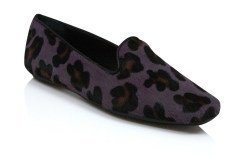 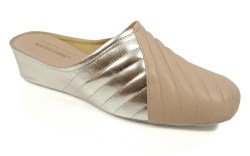 Jacques Levine is slipping into something new.

The 75-year-old company, known for its signature slippers, will debut a full-fledged women’s footwear line for fall ’12, including driving moccasins, skimmers, flats and loafers in a variety of materials and colors. The new offerings will retail from $200 to $400.

“The expanded collection [is part of a strategy aimed at] bringing our brand back to prominence,” said Sam Calvino, president of Jacques Levine, adding that the company also produced non-slipper styles earlier in its 75-year history.

“The expansion into footwear was a natural progression,” he added. “Customers wanted our design sensibility in footwear that can be worn outdoors.”

Calvino added that his firm saw an opportunity in the market to add interest to classic footwear styles. “The overall aesthetic and design inspiration for the new offerings is quality and vibrancy,” he said. “I feel strongly that there [has been] a lack of attention in the driver and skimmer category. To the casual observer, [the new Jacques Levine footwear] might seem like basic styles, [but] our versions offer more color, sophistication and craftsmanship.”

The shoes will hit Neiman Marcus and a variety of smaller retailers, including The Tannery in Boston, Julian Gold in Texas and Simply Soles in Oxon Hill, Md., in mid-July.

“The Bel Esprit [slipper] was one of our best sellers last holiday,” said Simply Soles buyer Austin Thomas. “We’re working to bring in exclusives with [Jacques Levine] after the tremendous success we had with our first season with them, and we’re really excited about [the new footwear line].”

In addition to the new offerings, Calvino said Jacques Levine continues to concentrate on its mainstay product. “I’m still focused on my original goal of making Jacques Levine the slipper in every stylish woman’s closet,” he added.

To that end, the brand is collaborating with designer Rachel Comey to create two women’s styles in two colors and one men’s look. The Jacques Levine for Rachel Comey series is slated to appear in stores for the holiday ’12 season.