Inside The Bruno Magli Revamp 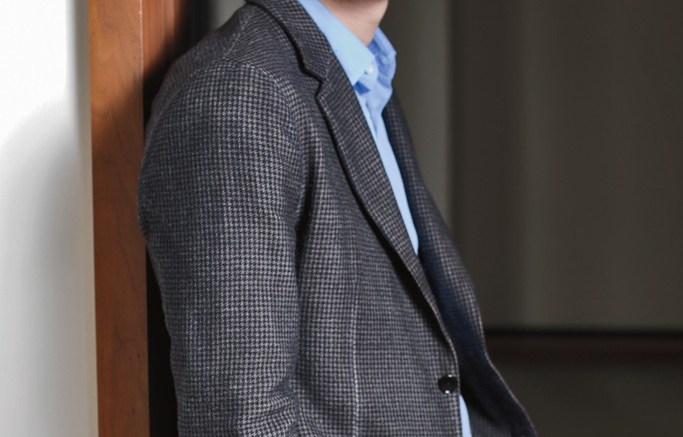 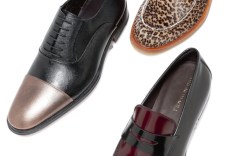 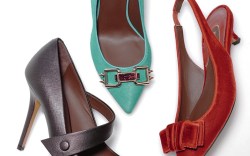 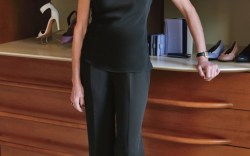 Max Kibardin is ready to take on America.

After a year at the creative helm of Bruno Magli, the designer and his team are preparing to make a major stateside push with the 76-year-old brand.

From relaunching the women’s division to crafting a new retail concept and tweaking the brand’s logo, Kibardin has revamped the label from top to bottom.

“The [industry] is starting to see Bruno Magli as a fashion brand, and that’s great for us,” said the creative director.

Kibardin isn’t flying solo on the recharge, though. In August, Patricia Malone was named U.S. CEO of Bruno Magli, which is owned by British investment fund Fortelus Capital.

“My first priority was to focus on positioning the brand here in New York with our own office space,” said Malone, who most recently was president and CEO of Gucci America and also has worked as COO at Christian Dior.

A major part of the U.S. plan includes a dramatic women’s revamp. For the pre-fall launch, the looks are made using a variety of materials, such as pony hair and suede, and come in bold colors and prints such as purple, green and leopard.

“Our woman is a working woman and she needs to have comfort during the day,” Kibardin said, “but the line is also a bit luxurious.”

He noted that some of his major design influences come from Old Hollywood glamour. “The 1950s, ’60s and ’70s were elegant years, and they are big inspirations when I’m working on the collections,” he said.

In advance of the relaunch, Malone has been meeting with top retailers that already carry the Bruno Magli men’s collection, including Saks Fifth Avenue and Nordstrom.

“I’ve been telling them about the new direction for the brand and our plans for the women’s collection,” said Malone. “It [helps] that we have a very well-established men’s footwear business.”

Freshening up the men’s line is also a priority for Kibardin, who wants to play up the heritage, while giving the brand a modern twist.

“I appreciate the label’s classic elegant style, but it’s been updated,” said Kibardin. “We want to maintain our mature men’s consumer, but we’re also [gaining] a bit of a younger consumer.”

“Since Max joined, we have a clear and strong creative direction,” Mueller said. “The collection he designs is very elegant, sophisticated and consistent with the [fashion-forward] image of the brand, but at the same time, very wearable.”

With the new direction, the company aims to re-establish a branded retail presence in the U.S. market.

After several starts and stops in the U.S., Bruno Magli is actively searching for a New York location — preferably on Madison Avenue — that it hopes to open by the end of the second quarter of next year. And three to five more U.S. stores could debut within the next five years.

“We’re picking the best locations, and we want to be cautious in terms of where we open,” Malone said. “We really want to be strongly positioned in major luxury markets.”

Internationally, the brand’s Milan and Venice stores were recently revamped, and the label is set to open a new shop in Rome by April. Additionally, Gabriella Di Carlo recently joined the team as commercial director, to oversee the brand’s distribution network. She previously held posts at Fendi and Roberto Cavalli.

“Her vast and extensive product and market knowledge will enable us to implement our strategies and exploit the various business oppportunities arising,” said Mueller.

Also in the works are product collaborations with various artists and designers, such as U.K.-based accessory designer Mawi, who will update the brand’s signature pump to include two styles featuring colorful pony hair and embellishments.

(The collaboration will be fêted at an event in New York tomorrow night.)

“We’re inviting interesting people to make the product look interesting,” Kibardin said, adding that he is eyeing other musicians and artists for projects. “We love to experiment.”

By continuing to evolve the product, the consumer base will expand as well, according to Malone.

“Commercially, it broadens the audience and brings an exclusive, unique characteristic to the brand,” she said. “It’s something other people don’t do in the same way. People look for things that are special and unique.”

“I want to focus on bringing some electricity to the brand,” said Kibardin.

“[Max] loves the 1960s and ’70s, but in a modern way. He’s not a retro designer, so bringing that perspective into the classic heritage house is very smart,” said Cameron Silver, owner of Los Angeles-based Decades boutique. “Everyone knows the name Bruno Magli, but they [might not know a lot about it]. Max is shaking it up and bringing a fresh perspective.”

Through Silver’s connection, Kibardin has caught the eye of celebrities such as Rose McGowan, who was on hand at a Bruno Magli event during Milan Fashion Week.

“Max is stylish without being effete and that is sexy,” said McGowan, noting that some of her favorite pieces from the brand include rust suede boots, green satin heels and bronze leather pants. “I love saying they’re Bruno Magli. No one expects that.”

“It’s exciting for us to see [celebrities] wearing my shoes,” said Kibardin, who also continues to design his namesake line.

“I’m very excited [for the future],” he added. “The U.S. market will be very important for the company.”