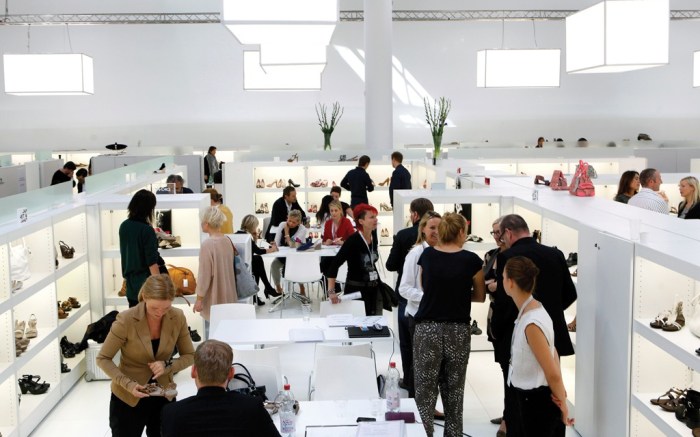 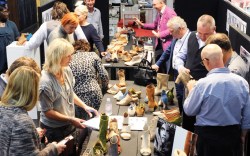 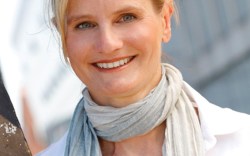 GDS is getting a new look.

The Düsseldorf, Germany, trade show will unveil an updated format at its fall market, taking place March 14-16 at the Düsseldorf Exhibition Centre. While design tweaks have been made throughout the show, the exclusive White Cubes area, dedicated to the high-end segment, has been given a major overhaul. Stands will feature a more modern aesthetic, with new lighting, flooring, finishes and furniture. According to show officials, the redesign will better accommodate the display of accessories, such as handbags and jewelry, which are growing categories for GDS.

“With our new design and the White Cubes face-lift, we are showing in visual terms that we are the trendsetter and pioneer for [the] industry,” said GDS director Kirstin Deutelmoser, noting the decision to undertake the revamp was motivated by a desire to keep the show exciting. “As soon as people become bored with the design, it’s already too late. It’s important that we think ahead and make changes before they are needed.”

To herald the show’s fresh look, GDS has adopted a new marketing slogan: “Inspiration to go.” Deutelmoser said the slogan is meant to communicate the idea that GDS is a key resource for industry members to gather market and trend information, make important contacts and find vision. “The ‘to go’ part means we deliver information that is easy to access and take away with you,” she added. “It’s also a promise for the future that every season we are going to continue to improve and evolve the show.” As part of the marketing campaign, GDS created a series of print ads featuring shoes made by artists using unconventional materials such as feathers, ice and paper.

Deutelmoser said she hopes the changes will help get the industry excited about the year ahead. European retailers, she explained, are coming off a dismal winter during which unseasonably mild weather significantly impacted shoe sales. “It was a very difficult season for retailers, so I imagine some of them will be uncertain about attending the show,” she said. “But at the same time, retailers know they need to find new things.”

Roughly 860 exhibitors from 44 countries will be featured at this week’s event, a 1 percent uptick over GDS’ previous March edition. Deutelmoser said the increase is encouraging considering the current economic climate.

The show will welcome more than 65 new exhibitors, among them Aerosoles, Hi-Tec, Levi’s, Panama Jack, PLDM by Palladium, Jo Ghost, Roberto Cavalli, Kenzo, Vicini and Nickelson. The Brit Edition, a special section showcasing up-and-coming U.K. labels, will return for the third season, with Julian Hakes, Red by Wolves and The Jacksons among the exhibitors. And the edgy Design Attack area, dedicated to young designers, will embrace an over-the-top circus theme, complete with an authentic circus ring, caravan, clowns and barrel organ.

To help showgoers be more productive, GDS will use an ID scanning service, eliminating the need for exchanging business cards or filling out information forms. Exhibitors can use the scanned data to not only manage their visitors but analyze their show experience after the event. “We piloted the system last year and received great feedback,” Deutelmoser said. “We think it will be a very effective tool that will benefit both exhibitors and visitors.”

Upper Style Show
11 A.M., Wednesday, March 14
Hall 2
Exhibitors in GDS’ Upper Style area will present a runway showcase of the season’s latest footwear trends under the theme “The New, New Look.” The show will feature an appearance by Sara Nuru, winner of the fourth edition of “Germany’s Next Top Model.”

“How Can I Protect My Shoes?”
5 P.M., Wednesday, March 14
Hall 7
Part of the Speakers’ Corner series, this seminar will address key design protection issues impacting the footwear industry. Daniela Wagner and Radina Aleksandrova, attorneys from the German legal firm Kanzlei Wagner, will discuss the effective use of trademarks and patents.