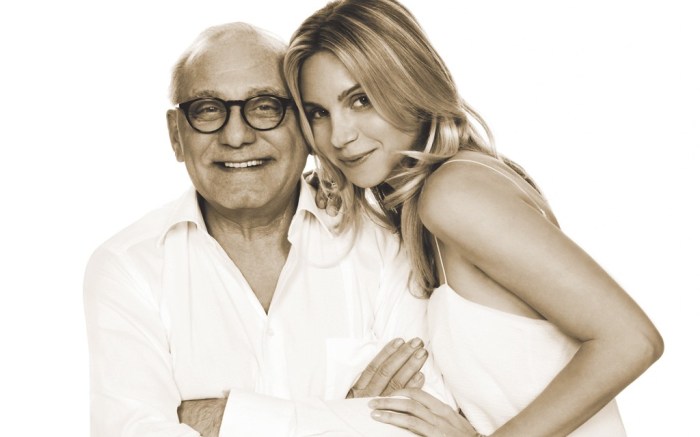 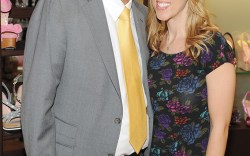 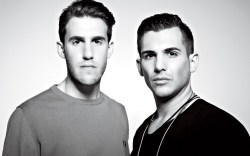 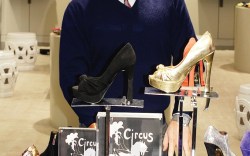 For Joyce Azria, it was the thrill of getting involved at an early age that led her to follow in her father’s footsteps.

“My dad would consider my opinion [about both apparel and the look of his stores] when I was 9 years old,” said the creative director of BCBGeneration and daughter of designer Max Azria. “I really, really enjoyed it because I was very much into clothing, retail and understanding the business.” The Los Angeles-based 31-year-old is now an integral part of the BCBG Max Azria fashion house. She oversees all things BCBGeneration, including footwear, which is licensed to Camuto Group and has become one of the brand’s most successful categories.

Azria is one of several young fashion executives rising through the ranks of their family businesses. It’s not for everyone — only about 30 percent of companies continue through the second generation, and even fewer through the third generation, according to Wayne Rivers, co-founder and president of Raleigh, N.C.-based consulting firm Family Business Institute. However, the five up-and-comers who talked to Footwear News about their experiences said that, although following in their parents’ footsteps has been challenging, it is ultimately rewarding. And they all believe they can successfully take their companies to the next level when the time comes.

“I definitely have aspirations of working in shoes for a very long time,” said Jesse Edelman, 29, the New York-based son of designers and business partners Sam and Libby Edelman. “It would be incredible to be the same caliber of executive [as my father].”

Unlike Azria, who said it was always clear she would work in fashion, Edelman had no intention of joining his father’s eponymous shoe brand. He grew up immersed in that industry, spending summers working in department store stockrooms and on footwear sales floors. After high school, though, he headed to the Savannah College of Art & Design to study film and wasn’t planning to go back into the family business.

“But I didn’t love film as much as I thought I would,” Edelman said. “I left [Georgia] one weekend and by Monday I was back in New York working in customer service [at Sam Edelman Shoe].”

He has been at the company for the past six years, learning everything from sales to line-building, and he now serves as account executive and head of design for the brand’s new diffusion line, Circus by Sam Edelman.

Jordan Adoni, 29, and Jensen Adoni, 23, said they also tried out other careers before joining their father, Jay Adoni, in the fashion world. Jordan Adoni initially started his own real estate venture, while Jensen Adoni played professional tennis for a year when he was 18. Both came back into the family fold.

The brothers, who serve as co-creative directors at The Adoni Group Inc., where they also head up their own footwear line, Modern Vice, dove into the industry by performing various as-needed roles at PLV Studio Inc. (their father’s second footwear endeavor, which he left last spring). They helped spearhead the launch of the family’s new company, Adoni Group, earlier this year and set up its attached shoe and handbag factory in Manhattan.

“I sort of knew [I would eventually work in footwear] because our father has been in the business his whole life,” Jensen Adoni said, recalling how excited he was as a child when his dad named a loafer style after him. “I brought the [prototypes] to school and I was showing off and making jokes about the shoe business. That’s when I really got into it heavy. I remember researching and starting to come up with my own designs.”

“On the weekends, we would sit there with shoes and give [our father] suggestions,” added Jordan Adoni. “Sometimes he would laugh at us and sometimes he would take us seriously and the next day our ideas would be on a shoe.”

Celine Ouaknine, 31, daughter of Titan Industries Inc. CEO Joe Ouaknine, said she began emulating her father at a young age. “I remember clearing off the bookshelf in my room when I was little, and I would grab my mom’s shoes and put them on the shelves like a little trade show,” she said. “I put a little sign on my door that said ‘Welcome to the Shoe Show,’ but I spelled it wrong and it said ‘Welcome to the Show Show.'”

Still, Ouaknine had other career plans. “I always had a connection with shoes, but I don’t remember actively thinking I would be involved in the footwear industry,” said the Orange County, Calif.-based designer, who now heads up her own label at Titan, Cece L’amour, and also works on several of the company’s other footwear licenses, including Charles Jourdan, Penny Loves Kenny and Adrienne Maloof.

“I [was] interested in fashion, but originally I wanted do clothing design,” she said. “It seemed too obvious to go work for my dad and do shoes. It took a while, but I had my own discovery of shoes and my love of shoes.”

After graduating from Academy of Art University in San Francisco, Ouaknine joined the family business where she made her way from customer service to production. She attended the Ars Sutoria School in Milan to perfect her design skills.

Rivers of the Family Business Institute said it’s usually a plus when young people try on other hats before deciding to join their parents’ companies. “The ones who succeed usually work elsewhere and they come back to the family business with new skills to offer and experience about life in general,” he said.

Still, Rivers added, working with your parents is rarely a smooth trajectory. There are unique challenges, including the pressure of living up to expectations not only from families but also co-workers. “They definitely have to be more productive than other employees just to stay even,” Rivers explained. “There’s almost a reverse snobbery as it relates to family business successors.”

“I felt like I had to prove myself,” Ouaknine said. “I didn’t want people to say I had my job because I was Joe’s daughter, so I worked extra hard. I went to [Titan’s factories in] China for months and months at a time. It was awful, but I didn’t complain.”

Added Jensen Adoni, “My father was super-successful at a super-young age. He immigrated to the U.S. from Israel and had a publicly traded company and was a multimillionaire within 10 years. It’s different times now, but who doesn’t want to compare to their father?”

And sometimes there are other growing pains as well. At just 19, Azria left BCBG Max Azria to start her own clothing line. “When you grow up in your family business, you feel like you’ve been working there forever,” the designer said. “You think you are limited by the opportunity that’s there at a certain time. I was the director of swimwear, but it was a really small classification. It wasn’t a big opportunity, and BCBG was very set in its ways at the time.” Her solo label, Joyaan, had a successful run with a 300-door international presence, but four years later, she returned to her roots.

“I had been focused on growing my own family,” said Azria, who took an extended break to have her first child, son Noah. “Then my dad called to ask my opinion on the direction of BCBGeneration. “I came in for one day, I gave him my opinion and that day he announced me as creative director of the brand.”

Ouaknine, whose two sisters, Alexa, 18, and Katie, 28, also work at Titan in reception and sales, said some frustration results from her father looking at his daughters as children rather than adult colleagues. “My dad expects all his daughters to work hard. He’s from Morocco and he had nothing before he built this company, but he sometimes still looks at me like I’m his little girl, even though I’ve been with the company for more than 10 years,” she added.

Edelman noted he avoids friction by having “layers of bosses” between him and his parents. “I can still call them on the phone or knock on the door of my dad’s office, but I do not report directly to my father,” he said. “There have always been two or three people in between us. My father worked with his own father for a long time, so one of the things [we have in common] is that he [understands] the trials and tribulations.”

In spite of all the challenges, all five of the young executives said they plan to stick with their parents’ companies.

Jensen Adoni noted he has aspirations to attend Ars Sutoria in order to benefit the family business. “We were groomed to do this,” he said, adding that he and his brother’s biggest goal is to revive the garment industry in New York, “one shoe at a time,” through The Adoni Group’s factory. They also hope to leverage that to expand into other categories. “We want to own the whole building and have a factory on each floor.”

Azria said her plans are flexible. “I’m not psychic, so I don’t know which way I’ll go, but I would be happy to continue to grow in this company,” she said of BCBG Max Azria. “I have a tremendous amount of gratitude for being put in a position where I can add youth and dynamic energy to a group that does so much beautiful product, and open it up to a different demographic and a different price range. But do I want to be in my dad’s shoes? I’d say those are pretty big shoes to fill.”

For his part, Edelman is looking forward to growing the Circus by Sam Edelman label and has some bold aspirations for the project. “Circus ultimately should be and can be bigger than the Sam Edelman brand,” he said. “The juniors’ shoe business is bigger than the women’s business, and I see it becoming a lifestyle brand for young women across the world.”

And Ouaknine is firmly staying put at Titan Industries. “I hope I can learn as much as I can from my dad and eventually be worthy of taking over the company,” the designer said. “It’s a good feeling because I want the best for the company, and my motives are good. My dad always says, ‘This is your company; this is your future,’ and that’s something that resonates with me because it’s true. It is my future.”