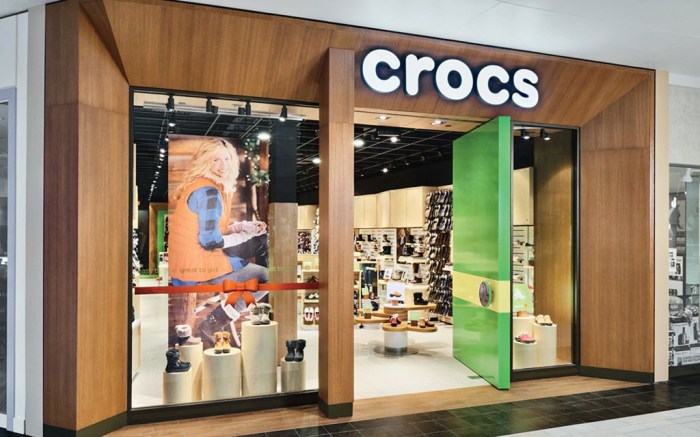 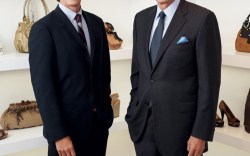 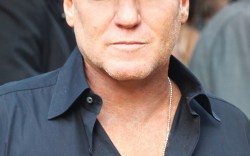 NEW YORK — It was a tale of two halves for footwear firms in the second quarter.

Fashion footwear continued to see growth, prompting Steven Madden Ltd. and The Jones Group Inc. to perform above expectations. The luxury category also saw resilience, and the Nordstrom anniversary sale, currently ongoing, is benefiting the boot businesses for both Madden and Jones.

There was also good news at Skechers USA Inc., which narrowed its loss more aggressively than expected, thanks to improved business in its core lines.

Deckers Outdoor Corp. relied on strong Asia sales to offset its weakness in Europe, and noted Ugg Australia’s second-quarter sell-through in the U.K. was positive across virtually all product classes.

However, Europe’s macroeconomic woes were less kind on sales and profits at other firms, such as Puma SE and Crocs Inc.

And with the continent’s woes threatening to play out into next year, firms have mixed outlooks going forward.

Puma expects sales in the back half to grow at a reduced pace due to the increasingly difficult macro-economic environment and high levels of inventory in the markets, but the firm reiterated its target to increase sales to 4 billion euros, or $4.8 billion at current exchange, by 2015.

Christopher Svezia, analyst at Susquehanna Financial, said, “Visibility is difficult, and they realize they need to make more aggressive changes in their operating structure. Going into the year, their business wasn’t as strong as Nike or Adidas, and as the environment gets more difficult those problems get more amplified.”

Franz Koch, CEO of Puma, said in a statement, “We have taken measures to secure sustainable and profitable growth by [taking steps to] establish a more-efficient business model [and operate] on a leaner cost base.”

Footwear was a weak spot at the Herzogenaurach, Germany-based athletic firm in the quarter, during which group revenue advanced 6 percent currency-adjusted to 752.9 million euros, or $925.4 million at current exchange. Net income was 1.78 euros a share, or $2.19, down from 2.51 euros, or $3.08.

Meanwhile, Crocs raised its full-year guidance even after second-quarter sales fell short of expectations due to the European markets becoming increasingly more challenging over the past couple of months, said President and CEO John McCarvel.

Still, revenue in the region increased 5 percent on a constant-currency basis.

“Our plan is to be more strategic and float end-of-life products through outlets in a manner that is of the least impact to the bottom line and doesn’t damage the brand’s image,” McCarvel told analysts on a call. “We’re optimistic that our current efforts to rebuild key wholesale relationships through a more complete product offering and improved execution will yield positive gains beginning next year.”

Sterne Agee analyst Sam Poser said it is a promising first step that Crocs achieved its earnings per share guidance and raised its full-year guidance.

But Scott Krasik, analyst at BB&T Capital Markets, noted, “With a weak macro environment in Europe and a suddenly slowing Asia business, we expect retail store growth to be the primary driver of sales in the second half and fiscal 2013.”

Jones Continues Footwear Push
The Jones Group is bullish on the back half after performing above expectations in the second quarter.

Speaking to Footwear News last Wednesday, Jones CEO Wes Card said that although retailers are generally conservative, “we’ve planned according to the way the order flows are, and our ultimate [sales growth] is going to rely on the strength of our products. We’re going to perform well even if [the environment] continues being difficult.”

Card added that he remains optimistic about all the group’s footwear product lines, as well as bags and accessories, as those categories “are still going to be among the better performers in this kind of climate.”

Diana Katz, analyst at Lazard Capital Markets, said, “[Jones Group has] visibility into the third quarter, which is a positive. Luxury is doing well, with expectations that Stuart Weitzman and Kurt Geiger will pick up in the back half, and they’re seeing a very strong [sales] trend in boots.”

“We chose to have a soft launch to get the gas in the car, so to speak. We stocked up on the fashion positioning and made sure to bring in some core basics, [thinking that while] Europe is very fashion-driven, [this market] may skew more conservative. But the good news is fashion is selling incredibly well, showing there’s a unique white space to be filled,” said Dickson, adding that styles in the $200 range were proving most popular. He also noted that the firm is close to announcing New York locations for Kurt Geiger and Brian Atwood (a first for the brand).

Other standout footwear businesses in the second quarter included B Brian Atwood, Stuart Weitzman, Easy Spirit and Enzo Angiolini. Dickson said, “To the million of women worldwide who love them, shoes aren’t simply a product, they are a conversation.”

Madden Focuses on Accessories
Despite a slight miss on EPS in the second quarter, analysts are upbeat on Steven Madden’s performance in the back half.

“Footwear and accessories are doing well across all brands, and retail stores are doing well too,” said Steve Marotta, analyst at C.L. King & Associates. “They performed very well during the Nordstrom anniversary sale, which is often a harbinger for trends vis-à-vis back-to-school and holiday, so the confidence that this is a strong boot season underpins management’s confidence for the back half in general.”

Sterne Agee’s Poser agreed: “Our channel checks corroborate management’s excitement about boots at Nordstrom, and for another strong boot season. The company traditionally guides with prudence and as such, we believe back-half estimates could prove conservative.”

Ed Rosenfeld, Madden’s CEO, told analysts on a call the firm is seeing the most dramatic results in the non-core business right now, with wholesale accessories increasing 85.6 percent in the quarter.

“Our handbag business is absolutely on fire. Steve Madden handbag net sales increased more than 100 percent year-over-year for the second consecutive quarter, with strong gains in key customers like Macy’s and Dillard’s. And we will start shipping Steve Madden handbags to Nordstrom for the first time next month,” Rosenfeld said.

Analysts are optimistic about Skechers USA after the company last week reported improving trends and a reduction in losses.

“We think they’ll make money in the third quarter,” said BB&T’s Krasik. “They did a good job reducing the decline, [and] there is almost a 100 percent certainty that you’ll see the domestic wholesale business grow meaningfully [from here on].”

Susquehanna’s Svezia said, “It’s a little cavalier to assume they could turn it around that quickly, but retailers continue to make positive comments about back-to-school, and early lines for spring ’13 look encouraging. It could be a very interesting 2013 story.”

Skechers COO and CFO David Weinberg told analysts on a call last week that the launch of its performance division was reason for cheer.

“Our new product looks sensational and is trending positively, and our backlogs are up double digits year-over-year. We are anticipating a return to profitability in the second half of 2012 and building momentum for 2013 and beyond,” he said. “Skechers GOrun and Skechers GOwalk launched earlier this year in our wholesale accounts, and we are looking forward to the introduction of several new performance lines, which are testing very well in our company-owned retail stores.”