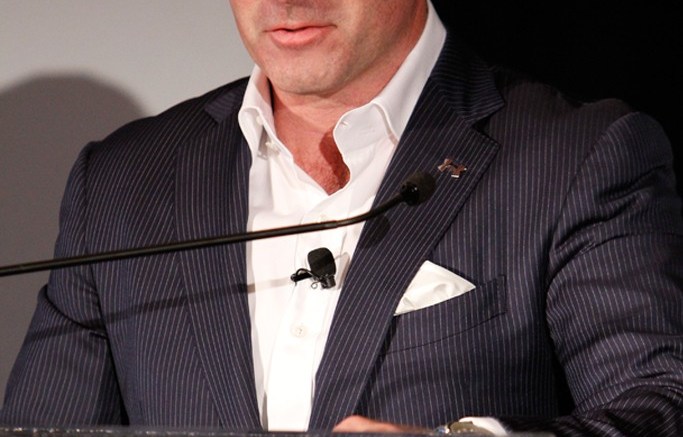 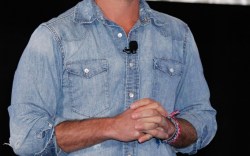 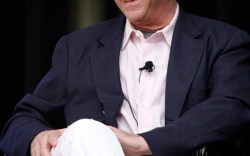 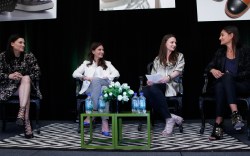 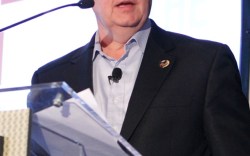 Footwear News’ first New York summit brought together some of the biggest names in the business on Monday to talk about topics ranging from smart leadership to brand building to the digital explosion.

Under Armour founder and CEO Kevin Plank kicked off the day with a candid presentation about his firm’s entry into the footwear market, which hasn’t been without its challenges.

But now the firm is forging ahead on footwear with top design talent and an expanded team.

“Our future is filled with great product with compelling innovation,” Plank said. “Nothing happens overnight, but next year, it will be bigger … and better.”

Click here to view photos from the FN Summit>>

Toms’ Blake Mycoskie shared that the idea for his business did happen almost overnight — during a trip to Argentina — and early on he learned an important lesson about brand building.

“A brand needs to have a strong, simple and authentic story,” said Mycoskie, who, six years later, has built Toms into a major player.

Few know more about developing a brand than Stuart Weitzman, who has combined his Wharton business school education with a passion for design, to become one of the most successful luxury designers in the business.

“Business, manufacturing and creativity all kind of flow together,” Weitzman told the crowd. His advice to fledging designers: “You really have to love what you’re doing.”

The three panelists on stage for the “Women to Watch” panel clearly love designing shoes. Emerging designers Tabitha Simmons, Alessandra Lanvin and Laurence Dacade are working hard to take their businesses to the next level, and all said that being a woman is an advantage, especially when it comes to crafting the fit and comfort of their shoes.

Another designer to watch is Rebecca Minkoff, who took the stage with her brother, Uri Minkoff, as well as Vince Camuto SVP Leah Robert and blogger Leandra Medine (aka The Man Repeller) for a special panel about success stories in social media.

The Minkoffs emphasized the power of the Instagram social media platform, which has translated into a 100 percent uptick in their shoe business. Camuto Group outlined how they hit the road with a college tour tapping into digital media, and Leandra Medine recalled building a massive blog following with her sometimes-quirky posts about her unique style.

John Jonas, founder of The Jonas Group, also discussed the increasing importance of digital media, especially when it comes to staffing and budget.

Referring to a recent survey from FN and The Jonas Group, he said, “Eighty-four percent of those [footwear executives] surveyed have at least one person on staff especially working on digital marketing.”

Debbie Ferrée, vice chairman and chief merchant at DSW, said the chain’s customers are embracing digital in a huge way.

“Our [shoppers] are so involved that they answer each other’s posts on Facebook,” Ferrée joked.

Another hot topic was the rapidly changing global market, and Kevin Burke, president and CEO of the American Apparel & Footwear Association, gave attendees a first-hand glimpse into the opportunities and challenges.

The day was capped off with a lively conversation with Foot Locker Inc. Chairman and CEO Ken Hicks, who talked about the strong growth of the athletic industry and smart leadership.

“Learn from the people you work for,” Hicks said. “The really good people don’t teach you, they show you.”

For more from the FN Summit, check out Monday’s issue of Footwear News. Videos of the presentations are available at fnsummit12.fora.tv.