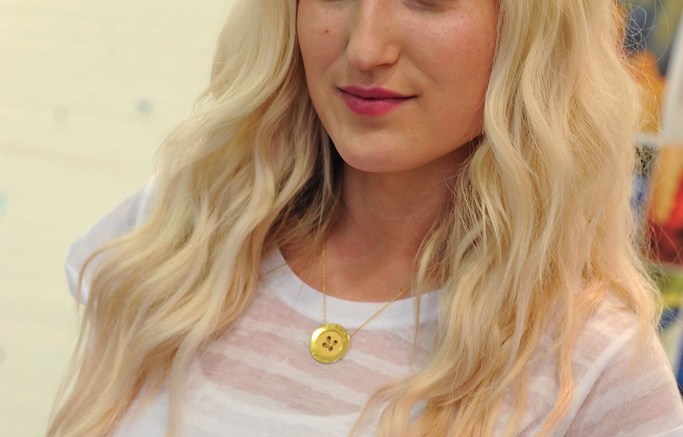 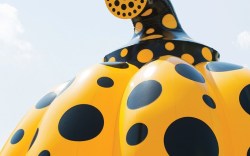 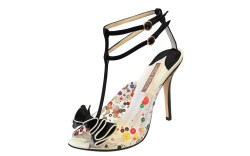 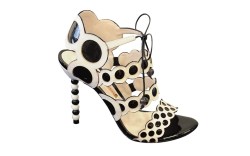 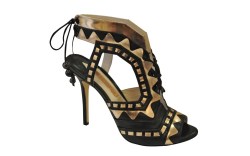 Sophia Webster, an alum of both London’s Cordwainers College and the city’s Royal College of Art, is bringing a shot of playful femininity to footwear design through her eponymous label, which launches in stores for pre-spring ’13.

Working with materials such as raffia, multicolored python skin and vinyl embedded with sequins, Webster’s collection spotlights delicate shoe shapes that she describes as “fun and sexy but wearable.” The 60-piece collection includes girlish high heels and flat sandals, along with a few platform looks.

Webster works as a design assistant to Nicholas Kirkwood, who supports the new line with his business partner, Christopher Suarez, as a separate collection.

Suarez said Webster stood out when he first saw her work. “Many of her peers were more interested in designing conceptual shoes that couldn’t be worn,” recalled Suarez. “Sophia had an interest in designing a product that was unique and interesting, but also commercially viable, with a distinct point of view.”

After graduating from the RCA, Webster had already worked at Kirkwood’s studio for two years before launching her own collection. The experience, she said, has helped to refine her aesthetic. “The collection would be more girly if I’d just come out of college, whereas now it’s feminine,” said Webster. For instance, while she’s a fan of the color pink, the hue only shows up subtly on a rosegold plate on the sole.

The collection is manufactured in Brazil in order to reach a contemporary price point ranging from $295 for a basic flat sandal to $650 for a more detailed heel. The looks will debut alongside Kirkwood’s in New York later this week, and the two designers will show their collections together at a Paris showroom at the end of June. In September, Webster will unveil a full spring lineup, encompassing 25 additional styles, at a presentation during London Fashion Week.

The Designer
Sophia Webster honed her skills at Cordwainers College and the Royal College of Art in London. Nicholas Kirkwood and his business partner, Christopher Suarez, spotted her when they judged two separate design competitions that she won. She has worked alongside Kirkwood for two years.

The Inspiration
With a background in fine art, Webster looked to Yayoi Kusama’s spot paintings and tribal details for inspiration for her debut line. “I approach [shoe design] the same way I would a painting: working with the colors and judging it,” said Webster. “I’ll be inspired by anything.”

The Buzz
The designer began to garner attention in retail circles as a student. In 2009, she won a footwear competition held by Browns in London, which led to one of her designs being sold at the famed boutique. That same year she was awarded a design bursary by U.K. high street store River Island and created a capsule collection for the chain.