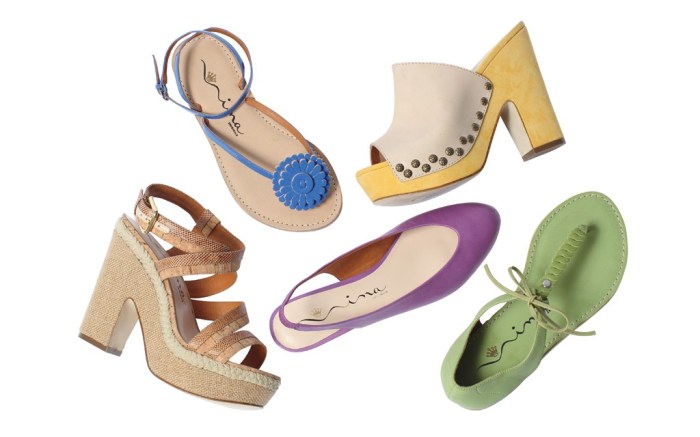 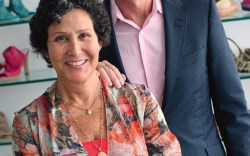 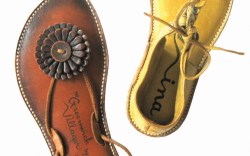 Just in time to celebrate Nina’s 60th anniversary, the company has launched Nina Originals, a collection inspired by its archives.

“My dad always said, ‘You’re only as good as your vocabulary,'” said Flori Silverstein, creative director at Nina Originals and daughter of Stanley Silverstein, co-founder of Nina Footwear Corp. “Every single style is part of our vocabulary, and we use all those words to express ourselves.”

Looks from Nina’s long history gave rise to the spring ’13 line of 60 styles, which include flat sandals, espadrilles and color-blocked pumps, retailing for $110 to $200.

Lance DeShazo, president of the firm’s Delman and Nina Originals labels, said the new brand will be targeted to many current Nina retailers, as well as a few new ones. But Silverstein and DeShazo said they are careful to distinguish Nina Originals from its sister brand.

“Over the years Nina has become incredibly strong in a niche: social occasion,” Silverstein said. And while she added that the company plans to keep it that way, Nina Originals will cater to the casual daytime category in which the firm first thrived.

“We felt the timing was right [for a brand like Nina Originals], and there was an opportunity in the marketplace,” DeShazo said. “There is such a renewed interest in American icons and the period of the 1950s to the 1970s, and we can have some fun with that.”

Silverstein agreed, acknowledging that many of yesterday’s trends such as platforms, menswear-inspired oxfords and color-blocking have become important again today. Still, she said, Nina Originals should have a fresh appeal.

“We’re trying to plug into what will be relevant,” she said. “We’re not creating to create. We’re creating so it’s right for the market.”

The Inspiration
Nina Originals takes cues from Nina styles dating back to the 1950s. Platforms, espadrilles, clogs and flats have been reworked with a modern sensibility. “I recognize these shoes [from the past], but they feel timely and look fresh,” Silverstein said of the collection.

The Buzz
Nina Originals debuted at FFANY in New York earlier this month and will show at FN Platform in Las Vegas next week and Micam in Milan in September. The brand is targeting major and independent retailers globally.