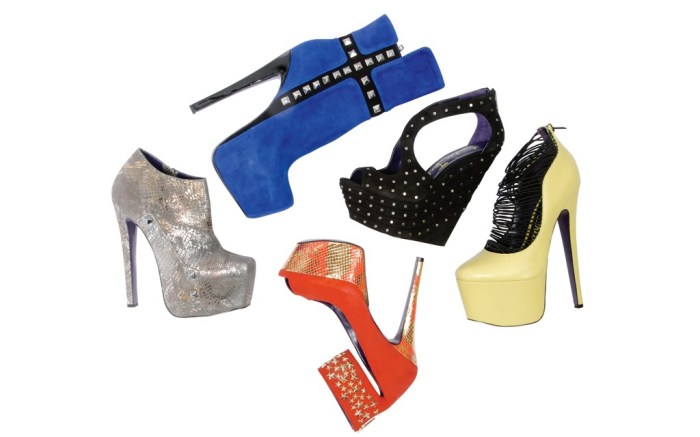 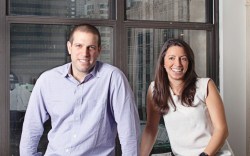 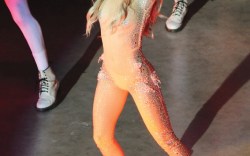 With six lines already under its company umbrella, New York-based Zigi NY became the majority stakeholder of the 11-year-old London Rebel label last year and will next launch the new sister line London Trash this fall. But don’t let the new name fool you: It signifies a fierce look, said Sarah Malaquias, co-creative director for the line.

“Trash is a tongue-in-cheek way of saying edgy,” she said. “There is definitely an element to our girl that is trashy in the sense that she is sexy and rough.”

The collection of about 50 styles incorporates serious height on a variety of heels, boots and wedges, with pops of bright color, as well as snakeskin and pony hair. Prices vary from $99 to $250.

“London happened to be both of our favorite cities. The style there is unique, it’s edgy and it’s wearable,” said David Berend, co-creative director and president of the London Trash and London Rebel division at Zigi.

Malaquias and Berend design and oversee both lines, but they are keeping the businesses separate in terms of design strategy and retail accounts. And each collection caters to a different audience. While London Rebel is geared toward a teenager who “likes to create her own looks with an emphasis on street fashion,” London Trash is meant for a slightly older woman who is “not afraid to be sexy,” said Berend.

Moving forward, the team plans to expand into markets outside the U.S. once both lines are established here. “International expansion is the next step,” said Malaquias.

The Designers
Before both joined Zigi NY in September to spearhead this project, Sarah Malaquias studied fashion at Parsons The New School for Design. David Berend got his start in product development for his family’s manufacturing business, Brazilian Footwear Corp. Both worked previously at Steve Madden in product development.

The Inspiration
Malaquias and Berend turned to a trendsetter in the music world as their muse. “There is definitely a new culture created for people like Lady Gaga, with her unique individualism and over-the-top style,” said Berend.

The Pitch
London Trash will debut at FFANY and FN Platform next month and is targeting department stores as well as specialty boutiques.