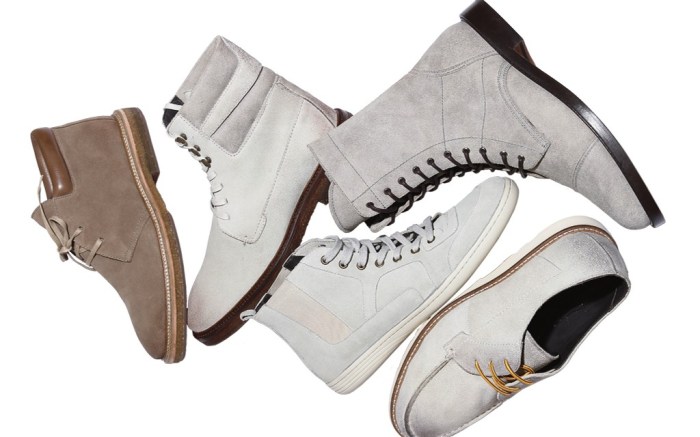 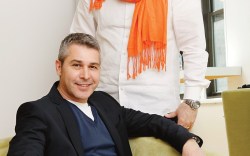 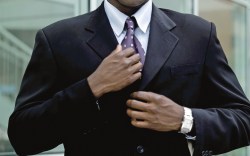 After decades of behind-the-scenes design work for several high-profile brands, Frank Zambrelli and Silvano Banfi aim to make their own impression in the men’s market. This fall, the co-owners of New York-based design studio Banfi Zam- brelli will launch a high-end collection, dubbed Local Uniform.

The two have been players in the luxe women’s market with their Banfi Zambrelli label since 2002, but said now is the right time to move into the men’s arena. “We’re recognizing that men are becoming less secretive about their interest in fashion and desire to dress well,” said Zambrelli. “This spark in men’s fashion has driven gains in the business this past year in an otherwise dull economy. That’s saying something loud and clear.”

Local Uniform takes classic looks and reimagines them in modern terms. The collection is a series of leather-soled brogues, military-inspired boots, chukkas and high-top sneakers. “Classicism is still there, but the proportions have changed,” explained Zambrelli. “It’s less about an American or European look but one that’s more global.”

The styles also are meant to complement a new approach to menswear, said Zambrelli. “Men are wearing things differently. A workboot can be worn casually with a suit, done in tumbled calf with a burnished treatment. They are old-school patterns that [can be] modernized in execution. Customers are not looking for the avant-garde, but [they do want footwear that is] rein- vented and fresh.”

The duo has paid as much attention to style as fit. The collection features leather-covered removable cushioned footbeds that allow for personal orthotics. And because the shoes are fully finished, they can be worn without the footbeds to accommodate feet of wider widths.

Produced in Brazil and Italy, the 22-SKU collection retails for $250 for sneakers to $495 for boots. It debuts at Bloomingdale’s, with better men’s haberdashers and independents also targeted. Delivery is slated for September.

THE DESIGNERS: Frank Zambrelli and Silvano Banfi (shown sitting, with Zambrelli) have more than 20 years of experience crafting shoes. They honed their skills on a diverse range of brands including Cole Haan and Calvin Klein Collection.

THE INSPIRATION: Local Uniform aims to capture men’s individual approach to dressing, what the designers call a “local uniform.” “[We’re for] men who were never previously interested but have a new interest in fashion,” said Zambrelli. “It’s [our] particular flair.”

THE BUZZ: Robert Goldberg, owner of Harry’s Shoes in New York, recently viewed the collection, though he has not yet picked it up. “The concept of doing a contemporary upscale brand is very relevant in certain markets right now,” said Goldberg. “Men are starting to pay more attention to their clothing at every price point.”