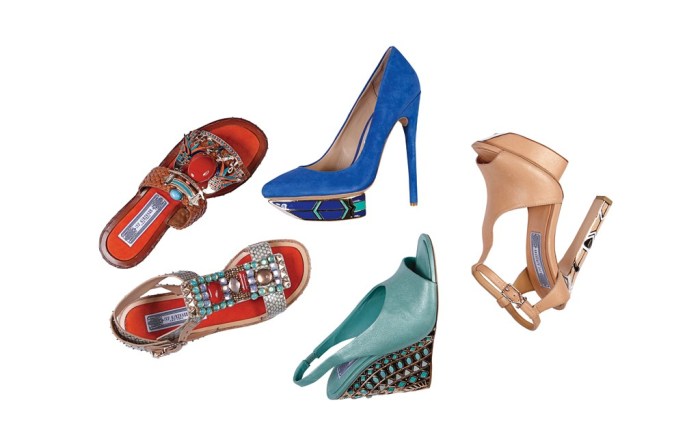 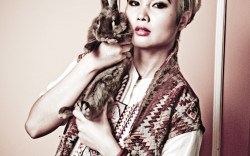 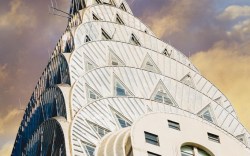 Ivy Kirzhner calls herself a design athlete. “[I am] built to turn out products at multiple levels,” said the 31-year-old.

That’s good because she is launching her own women’s line, Ivy Kirzhner New York, for spring ’13 while retaining her positions at Camuto Group, where she is creative director of contemporary at BCBG Max Azria Footwear and head shoe designer for Hervé Léger.

The wholly separate endeavor includes offerings of about 20 made-in-China styles in leather and exotic skins that reference art deco and the 1920s and 1930s with gold, jewel and enamel embellishments. The line retails from $325 to $1,200. “My goal is to keep [the looks] accessible,” Kirzhner said. “It also is streamlined and [modern]. I want to keep it very small and niche.”

The label falls under the umbrella of Kirzhner’s company, Saint & Libertine New York LLC, which began in 2009 as a blog and has evolved into a fledgling fashion firm.

But Camuto Group, said Kirzhner, has been supportive of the outside project from the beginning. In fact, CEO Vince Camuto served as a mentor and worked with Kirzhner to ensure that her line would not be a direct competitor for any of his firm’s brands. “[Vince] was incredibly understanding and he helped me come up with a business structure and distribution channels,” Kirzhner noted. “But I am doing [the rest] independently. It would have been easier [to start my label in-house at Camuto Group], but it wouldn’t be as fun.”

Kirzhner said the biggest challenge is juggling her many responsibilities. “It’s not easy,” she admitted. “I pretty much work around the clock. At the same time, [footwear design] is something I am very passionate about.”

Future plans include building a larger fall ’13 collection, as well as growing Saint & Libertine to house like-minded independent designers. “I have so many talented friends who are striving to start their own lines,” she said. “I created Saint & Libertine to become a platform for multiple brands.”

The Designer
Ivy Kirzhner attended the Fashion Institute of Technology and has served as a designer and creative director at Dolce Vita. She is the CEO, founder and head designer of Saint & Libertine, in addition to her work on the BCBG Max Azria Footwear and Hervé Léger brands at Camuto Group.

The Inspiration
Art deco references are at the core of Ivy Kirzhner New York, but the collection also includes subtle nods to Kirzhner’s travels in Europe. “There will definitely be some twists on the theme,” she said, adding that Western elements will distinguish the fall ’13 collection.

The Buzz
The label has signed more than a dozen accounts for spring, including Shopbop.com and Collette in Los Angeles. “We were immediately attracted to the artisanal nature of the designs,” said Shari Rudolph, co-founder and chief marketing officer at Bonfaire.com. “Ivy puts her own special twist on classic silhouettes.”