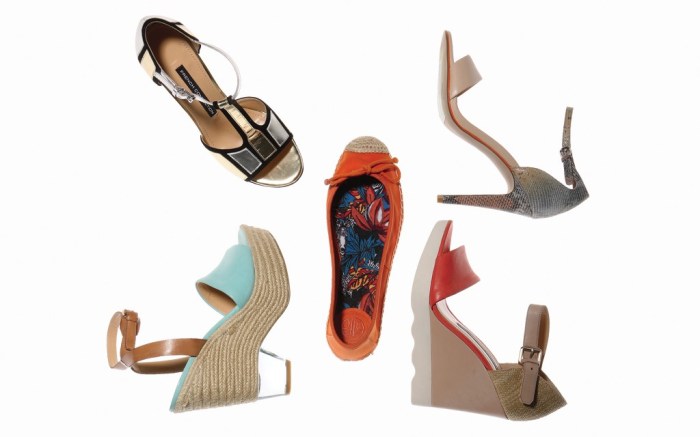 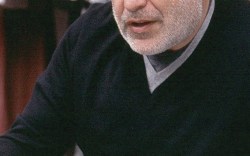 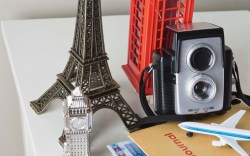 French Connection hopes its new footwear will inspire a love connection among its consumers.

The 40-year-old London-based apparel brand will launch the line for spring ’13. The collection ranges from casual espadrille flats and sandals in pop colors to sophisticated stilettos in metallics and snake prints. It also includes a smattering of men’s styles. The shoes will retail from $100 to $130 and hit French Connection doors and department stores in February. (Plans for a wider array of men’s shoes are in the works.)

This is not French Connection’s first foray into footwear. The brand has for several seasons offered select styles through its U.S. branded stores and e-commerce site, as well as in Kurt Geiger locations; however, this marks the first full collection for wholesale. And the label has teamed with New York showroom Highline United to handle global manufacturing and distribution for the line.

“French Connection, as a brand, wants to grow its product portfolio, and we feel footwear is an ideal platform,” said French Connection Chairman and CEO Stephen Marks. He added that the shoes complement the apparel, which aims to combine classics with current trends. For example, several of the spring styles, created by a team of French Connection designers devoted solely to shoes, combine the season’s ubiquitous Lucite heel with more laid-back constructions such as espadrilles with muted suede uppers. A sandal juxtaposes PVC with metallic leather. Dressier offerings include a silver-and-gold pump.

The 30 women’s styles, which are produced in China, are aimed at a fashionable but easygoing consumer, according to Marks. “She loves to dress up in the evening. She’s not scared of a sequin, but she wants to look feminine during the day,” he said.

Scott Kaminsky, VP of sales at Highline United, noted French Connection specifically sought out a licensee that was focused on developing a global footwear distribution roster similar to what it has on the apparel side. “In turn,” he said, “Highline United was looking to leverage its infrastructure and knowledge, [as well as sign with] a brand that had a strong global presence and room for further growth.”

The Team
French Connection’s Stephen Marks heads up a group of designers based in Antwerp, Belgium. “They visit our principal design offices in London every few weeks,” he said. “We like to give them their own space but keep them up to date with what we are doing in our seasonal clothes collection so there is some cohesion, but we don’t want one aspect to slavishly follow the other.”

The Inspiration
Like the label’s apparel, the idea behind French Connection footwear is a tale of two cities: London and Paris. “I suppose we will always have a little bit of London running through our veins,” Marks said, “but we always have a European, specifically Parisian, feel to our designs.”

The Pitch
French Connection is targeting department stores that already carry the label, such as Bloomingdale’s, Lord & Taylor and Nordstrom, as well as specialty boutiques. The brand will show at FN Platform in Las Vegas this week.