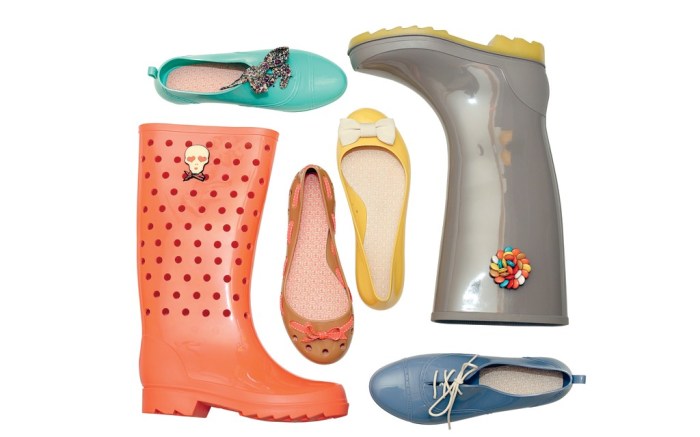 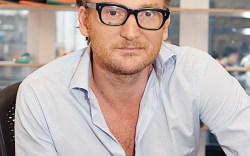 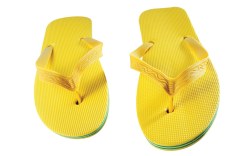 Philippe Millieret may have called his new line of water-friendly footwear Faux Pas, but he is hoping his clear fashion direction means the brand is right on target.

“I want to bring some happiness to rain fashion,” said Millieret.

The colorful collection of shoes and boots puts the focus on personalization with a wide range of interchangeable ornaments, from hearts and bows to studs and skulls. “Customization is a critical aspect of our brand,” explained Millieret. He takes his whimsical approach to design a step further with styles such as the Holy Boot and Holy Flat, two looks detailed with oversized perfing. “If you’re covered, who cares if a few drops come into your boots,” said Millieret, adding that the features also provide a cooling effect on a rainy summer day.

While the launch is solely for footwear, Millieret said he plans to turn the line into a lifestyle brand that also could offer traditional footwear, bags, watches, rain coats and umbrellas for women, men and children. “I want kids to be exposed at an early age to play with color and [accessories],” said Millieret.

Retail prices for the collection range from $35 for flip-flops to $89 for boots, with additional ornaments priced at $4 to $7. And until Millieret opens his own boutiques (another project that is on the agenda), Faux Pas will be targeted to select department stores, as well as boutiques and independent shoe stores. The collection is set to deliver in February.

The Designer
French-born Philippe Millieret, 43, is an admitted jack of all trades. Before trying his hand at design, he embarked on careers in engineering and banking. Millieret said he believes everyone is guilty of committing a faux pas now and then, including himself. “That’s what makes us different and unique,” he said.

The Inspiration
Millieret’s footwear epiphany came to him about a decade ago when he noticed all the colorful flip-flops at the beach. With the seed planted, he expanded on the idea for his collection of rain-and-shine looks.

The Buzz
“They’re cool, fun things for young customers,” said Suri Bochner, co-owner of S&W Ladies Wear in Brooklyn, N.Y. “What [makes the Faux Pas styles] unique is you can wear them as everyday shoes.”