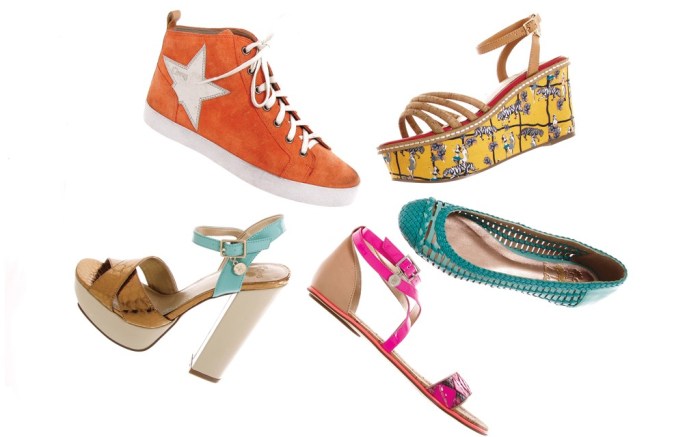 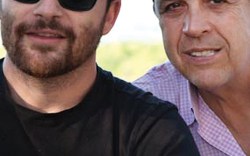 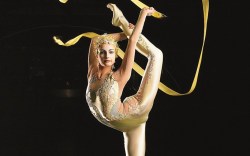 His namesake label, owned by Brown Shoe Co., will add a new dimension to its portfolio with the spring ’13 launch of juniors’ collection Circus.

“The success of the Sam Edelman brand has created a timely need for us to build a house of brands, and we’re responding to that,” said the designer, who has tasked his son, Jesse, with co-heading the design team as account executive.

Edelman noted that the line will feature the same aesthetic as the Sam Edelman brand and takes inspiration from the Marais district in Paris, a region in Morocco and the beaches of Saint-Tropez, France.

The collection of about 20 styles, priced at $49 to $129 and produced in China, features many literal interpretations of circus life, including a tiger motif and star details. Color-blocking and vibrant hues abound on the wedges, sandals, platforms, flats and sneakers, which will be unveiled next month at FFANY to retailers that already carry Sam Edelman, as well as a few new accounts.

Despite entering the crowded juniors’ market, Sam Edelman said he is not concerned about being the newcomer.

Looking ahead, the team at Circus hopes to grow the line’s international reach with the help of its retail partners in Europe and Asia.

The Designers
Sam Edelman (above right, with son Jesse), heads the creative team for his namesake brand, which was founded in 2004 and sold to Brown Shoe Co. in 2010. Jesse Edelman will run the design team for Circus alongside his father.

The Inspiration
As its name suggests, the brand was inspired by the circus. “I was thinking about Cirque du Soleil [above] and vintage photography that I love by Diane Arbus, and thought the circus would be an amazing way to have a whimsical line,” said Sam Edelman.

The Pitch
The collection will debut at FFANY in New York in early August and then show at FN Platform in Las Vegas later that month. It is being targeted to department stores and independent retailers.