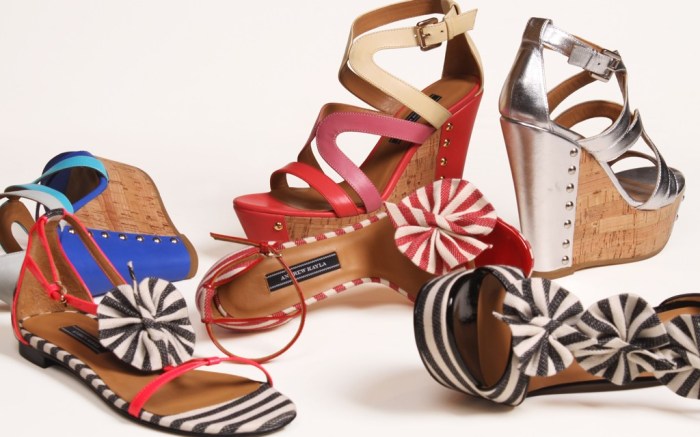 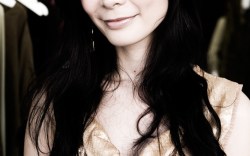 Femininity is at the core of Andrew Kayla footwear.

“Our shoe designs celebrate the elegance, grace and the seductive curves of women’s bodies,” said Stephen Lin, who co-founded the new label with brother Michael Lin.

The colorful wedges, heels and flats that make up Andrew Kayla are manufactured in Hong Kong and retail for $250 to $300. Harvey Nichols in Hong Kong and Shag boutique in Roslyn, N.Y., have picked up the brand for its fall launch.

He added that Andrew Kayla’s main designer, Catherine Fung, was an ideal pick for a line heavily influenced by the female physique, given her background training at a 120-year-old lingerie atelier in Paris. “[Fung] loves the beauty of women from head to toe,” Lin said.

And the Lins are no strangers to women’s fashion, either. The brothers are the second generation of a family that runs a large, Hong Kong-based private company that produces women’s footwear. The name of the new brand was also created with kinship in mind, after Stephen Lin’s two children, Andrew and Kayla.

Andrew Kayla’s target customer is a woman who “appreciates the history of the classic [but is] open-minded [about] new beauty,” said Lin. “We don’t define [our customers] by age. They are women who enjoy feminine quality … and appreciate comfort and style.”

International expansion is the brand’s long-term goal, he added. “[Michael and I were] educated in the U.S. and trained in Italy,” Lin said. “We would like to bring [our] international aesthetic to the [the rest of the world].”

The Designer
Catherine Fung studied business at King’s College in London before earning a degree in fashion from Parsons The New School for Design in New York. Her professional background includes stints at Nicole Miller and House of Field. Fung also bowed her own apparel label, LP&P by Catherine Fung, in 2003 and briefly ran a branded boutique for the line in New York.

The Buzz
Although the label has yet to appear at retail, it has already garnered a small celebrity following. Rocker Grace Potter and actress Regina King have been spotted on the red carpet in Andrew Kayla styles, and the footwear also caught the attention of Perez Hilton, who recently mentioned the label on his fashion blog, Cocoperez.com.