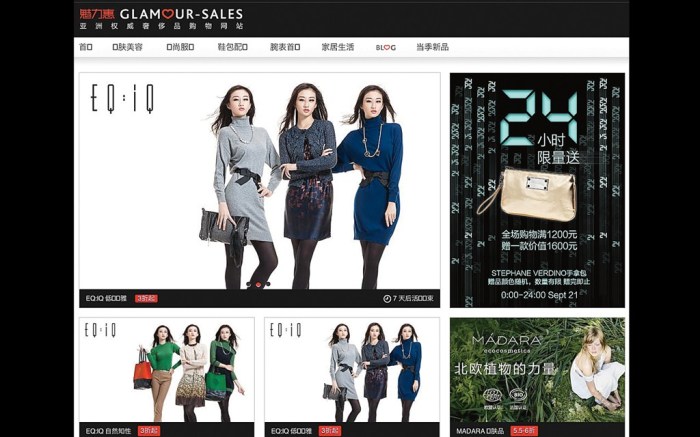 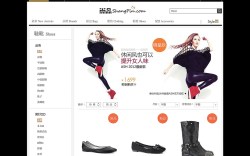 According to iResearch, a market research firm specializing in China’s Internet industry, the country’s online shopping revenues totaled 766.6 billion yuan, or $122 billion at current exchange, in 2011, and are expected to grow at a compound annual growth rate of 30 percent over the next five years.

By 2015, China’s online shopping revenues should reach 2.55 trillion yuan, or $404 billion, making up more than 8 percent of its total retail sales volume, said Allan Chen Chao, a director at iResearch.

Footwear and handbags, in particular, form a category that is well positioned to grow rapidly, having risen 11.7 percent in 2011 to account for 7.7 percent of total online shopping sales last year, iResearch found.

Luxury e-tailer Shangpin.com, which sells brands such as Beverly Feldman and Jean-Michel Cazabat in China, said footwear is the fastest-growing category on the site and currently makes up 30 percent of total sales.

E-commerce has several advantages for U.S. firms breaking into the Chinese marketplace. Aside from reaching consumers faster, it’s also cheaper to launch than physical doors, as prices of commercial real estate in prime areas of the country continue to rise.

In Beijing, for instance, retail rents surged to record highs in the first quarter of this year, according to real estate consultancy DTZ Debenham Tie Leung.

Leo Wang, an analyst at Shanghai-based China Market Research Group, said e-commerce is “definitely a cheaper and faster way of entering and penetrating the market.”

Shangpin’s Zhao agreed, noting that launching an e-commerce business is about 25 percent cheaper than opening a brick-and-mortar store.

That’s not to say e-tailing is a walk in the park.

“E-commerce is easy to understand but very difficult to build out in terms of systems,” said Zhao. “There’s a lot of overhead cost and you need to hire people who understand the Chinese culture and speak the language to reach consumers.”

iResearch analyst Jiaqi Ding also cautioned, “E-commerce needs … more initial investment than conventional brick-and-mortar retailers. It is ‘cheap’ only because [rent and] part of [human resource] costs are saved. However, [there can be] other problems such as website construction and optimization, logistics and distribution.”

Industry experts said another good way for U.S. firms to break into the Chinese market is to partner with local operators that are well established, as Neiman Marcus and Macy’s have recently done.

Neiman Marcus will launch an e-commerce website by the end of the year via a $28 million investment in Glamour Sales Holding, a privately held Hong Kong-based e-commerce company that already operates flash-sale sites in China and Japan.

Neiman Marcus CEO Karen Katz said in March that the objective is to establish the department store as an international brand.

“Our strategic investment in Glamour Sales gives us a tremendous partner and a strong foothold in a rapidly expanding luxury market. … Our vast experience and history of success in luxury and fashion, customer service and e-commerce, combined with Glamour Sales’ keen understanding of the Chinese market, presents us with a unique opportunity to build a vibrant full-price, multibrand, luxury online business in China,” Katz said in a statement.

Macy’s Inc. announced a similar deal in May. It invested $15 million in Chinese e-commerce firm VIPStore Co. to sell a selection of its private-label merchandise to Chinese consumers through a special section on Omei.com, a new China-based online retailer of in-season luxury and fashion brands.

Meanwhile, Wal-Mart Stores recently raised its stake in Chinese e-commerce company Yihaodian to 51 percent — a testament to how seriously the retail giant is developing its e-commerce platform in the country.

At the end of the day, however, every investment demands a return, and industry players warned that foreign companies should be prepared to spend big to compete with the major domestic players on the mainland.

Timothy Coghlan, founder of China fashion blog Maosuit and a consultant to foreign brands on market entry, expansion and retail strategies in China, said, “Almost everything about doing business in China seems risky and every sector has fierce competition. Foreign brands shouldn’t just jump into e-commerce in China because it’s a fast-growing sector. They still need a proper strategy, capable partners and a long-term view for success.”