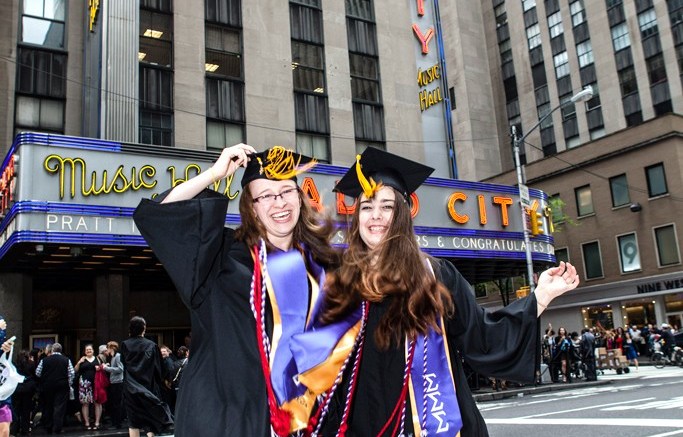 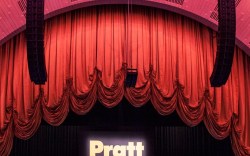 Job prospects are looking a bit brighter for the newest crop of college graduates with fashion degrees.

While the gloom of an uncertain economy still hangs over the labor market, more alumni from 2011 and 2012 are getting hired in their fields than in previous years, according to some of the country’s top design schools.

Seniors at the Fashion Institute of Technology in New York, who will graduate on May 22, have landed jobs at Payless ShoeSource, Coach and Nine West, according to FIT spokeswoman Cheri Fein. Additionally, two students slated to graduate in 2013 are already on staff at Capezio (they will work full-time over the summer and switch to part-time while finishing their final academic year).

Last year’s class is also faring well, said Vasilios Christofilakos, chair of FIT’s accessories design program. “The large majority [of alumni from my department] are working as designers in footwear and accessories industries,” he added.

Judy Nylen, director of career and professional development at Pratt Institute in Brooklyn, N.Y., said 85 percent of her school’s 2011 fashion graduates are employed, with more than 95 percent of those individuals working in their field.

“This recession has been tough, but we just do things to counterbalance that,” she added. “We do more job development and we look under more rocks.”

Nylen is even more optimistic for the class of 2012, which finished the academic year on May 9. “Job listings in fashion are up 42 percent this year over last year, which is huge,” she said, noting that some of those grads have already been hired by footwear companies such as Nike and Reebok.

“I do see an increase in jobs [for 2012],” added Deborah Yanagisawa, Pratt’s assistant director of career and professional development. “This is the first year I’ve actually had a major firm tell me that they wanted to hire a designer. In the past, they’ve all asked for assistant designers, so it’s very exciting that at least one firm has said it wants to hire young, exciting talent at the designer level.”

The uptick appears in sync with the nation’s overall job trends. There were 3.7 million available positions in this country at the end of March, compared with 3.2 million in 2011 — an increase that the U.S. Bureau of Labor Statistics called significant in a report released on May 8.  In addition, unemployment is currently at 8.1 percent, the lowest since February 2009.

But universities are tempering their enthusiasm with realism, said Carmela Spinelli, chairwoman of the department of fashion at Savannah College of Art & Design in Georgia. “It feels better to me than last year, and we have a lot of students who have been placed with large companies such as Li & Fung, Abercrombie & Fitch and Kohl’s,” she said, “but it’s still tenuous.”

“The industry is seeking more creativity and skills than ever before,” he said. “They want young talent who can perform in multiple areas, from fashion footwear to athletic footwear and the niches in between. This comes as more companies are infusing fashion footwear with athletic design components and vice versa.”

Spinelli, Fein and Nylen said the bulk of grads scoring jobs in footwear — and fashion in general — are former interns of their new employers. Other alumni are finding post-graduate work as paid interns, rather than full-time staff members.

“The trend is for students to go directly into internships upon graduation,” Spinelli noted, adding that one SCAD senior is headed to a design internship at Ralph Lauren after commencement in June. “Companies are [treating] internships the way they would a three-month trial probation period.”

Spinelli also noted that more companies are hiring in the footwear and accessories categories, and SCAD is expanding its student shoe design studios accordingly. “That’s where the growth is in the market,” she said.