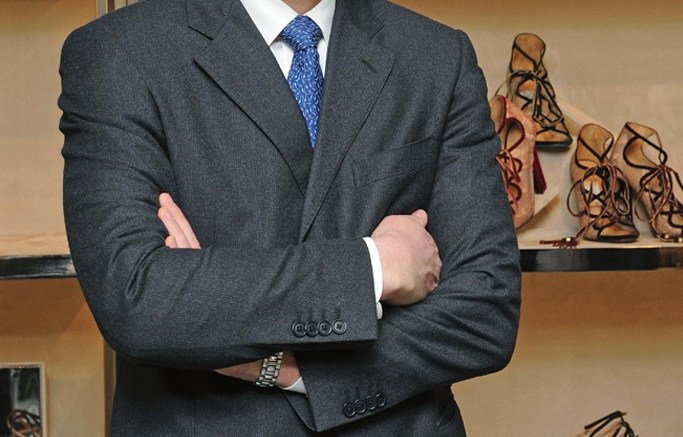 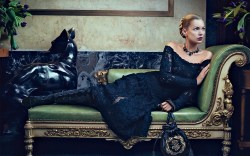 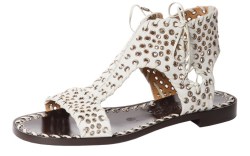 For Salvatore Ferragamo SpA, it’s been a year of major moments.

From a blockbuster IPO in Italy and the reopening of its New York flagship to a historic resort runway show at the Louvre and aggressive expansion in China, the 84-year-old company is making moves in every corner of the global luxury market.

The initiatives are clearly paying off: Profits rose 10.2 percent in the first quarter, while revenues surged 23.4 percent, even as global economic turmoil intensified. The company is showing strong growth across all categories and geographic areas, including Europe, where many fashion players are seeing a slowdown. Footwear remains at the core of Ferragamo’s business, accounting for about 43 percent of total sales last year.

“Our brand is recognized for quality, elegance and wearability, and these elements are all driving the growth,” said James Ferragamo, director of women’s leather goods for the company, son of Chairman Ferruccio Ferragamo and grandson of founder Salvatore Ferragamo.

“It’s a great honor to work in a company founded by my grandfather and to be involved in developing the dream he created,” said Ferragamo, 40, who joined the business in 1998 after two years as a merchandise manager at Saks Fifth Avenue.

However, the executive also told Footwear News of the complexities involved with a family business turned public.

“It’s a different experience. When I used to work in department stores, I had my specific goals to reach. Now I have to reach goals for many people,” he explained.

Together with creative director Massimiliano Giornetti, he infused more fashion into the footwear category with looks that combine of-the-moment trends with classic styling.

Case in point: Ferragamo’s fall ’12 knee-high velvet boots with hand-stitched embroidery, which was No. 1 in Footwear News’ ranking of the Milan collections. The style also is highlighted in the brand’s fall campaign starring Kate Moss.

The success of the footwear business mirrors the momentum across all categories, according to Thomas Mesmin, an analyst at Credit Agricole Cheuvreux in Paris.

“Ferragamo is gaining market share against competitors,” Mesmin said, noting that the brand’s positioning is much stronger than a few years ago.

Here, Ferragamo sounds off on international hotspots, the changing footwear market and his eco-friendly focus.

What’s the upside of being a public company?
JF: It allows the brand to be more visible and communicate more. One of the things that impressed me most [when we went public] was the reaction of my grandmother, [honorary chairman Wanda Ferragamo], who was so happy and remarked how this would give us more responsibilities. We are not just a family-run company anymore. We have to face a market that is more and more competitive.

How has the Ferragamo shoe business evolved?
JF: We are expanding our offering to satisfy all different demands, from casual to more dressy. We introduce about 300 fashion-driven styles every season along with a more-iconic and recognizable selection of looks that immediately identify Ferragamo. The footwear segment grew in the double digits not only in the last quarter of 2011 but in the first quarter of this year.

Are you concerned about the economic turmoil in Europe?
JF: Europe is still a growing market for us, not only with local consumers but also with tourists. The richest part of the population has not been impacted by the crisis. In addition, our products have strong value. They don’t have an expiration date.

In the U.S. market, you expanded your Fifth Avenue flagship in New York in April. Why was now the right time to make this move?
JF: The refit and the enlargement is similar to what we did in other important cities, including Munich, Singapore and London, among others. At [almost 20,000] square feet, the Fifth Avenue store is the biggest flagship in the world. It represents an important window for our brand, both for the American market and for international customers.

Ferragamo was one of the luxury pioneers in China. How do high-end shoppers there differ from consumers in other parts of the world?
JF: They have their own culture and a specific buying approach. Chinese customers look for status symbols and identification. They tend to be aspirational. They are also completely fascinated by our craftsmanship, which is something they can’t find in their market. They consider it part of the “Italian dream.”

How important is China in your overall strategy?
JF: In terms of growth, it is our No. 1 market, followed by Europe and the U.S. The Chinese government has a clear strategy to develop its economy and they are aware of their internal problems, such as pollution. So they ask us [to consider the environmental impact] when making our products.

What action has the company taken on the sustainability front?
JF: We are very focused on environmental issues and are constantly developing new projects. Two years ago, we launched a men’s biodegradable line called World, which has gotten great results. We also created a biodegradable bag collection and we use green packaging. I personally think countries should impose [more regulations to propel these issues forward]. We sell shoes with a biodegradable sole, but there is no proper waste disposal.

What are the other key emerging markets for the label going forward?
JF: In particular, we are focusing on Mexico, where we have direct distribution, and Brazil. Over the past few seasons, the luxury market has been growing in these areas in a significant way, with customers searching for quality products.

Looking ahead, do you aspire to take on a bigger role in the business?
JF: I was educated in an American environment, so I strongly believe in a merit system. I don’t think I have more advantages because I’m working in a family business. But I’m open to new experiences, preferably inside our company. Considering how Ferragamo is performing and growing, the chances of being able to do more are increasing.

Would you like for your children to work in the business?
JF: No. [Laughs] Maybe they will be shareholders and will be able to contribute without having specific roles in the company.