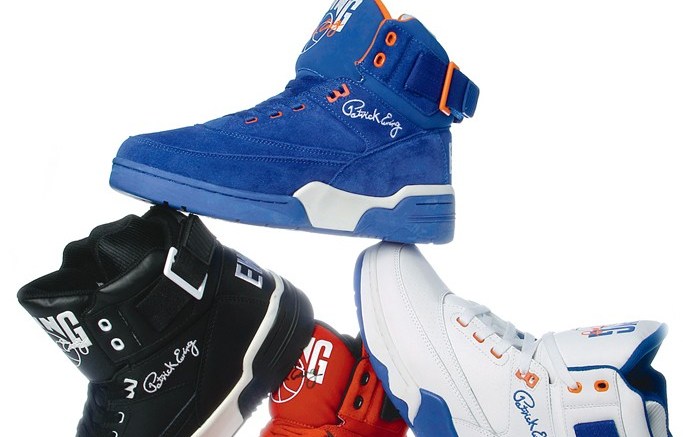 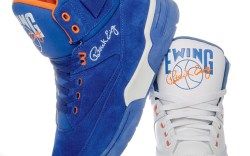 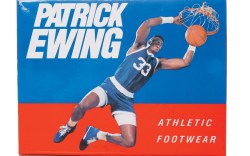 NEW YORK — One of basketball’s biggest names is coming out of retirement.

Ewing Athletics, the signature sneaker brand for NBA player Patrick Ewing during the late 1980s and early ’90s, is set to relaunch in mid-August.

As retro products continue to drive sales in the basketball market, the company’s namesake is optimistic his throwback sneakers will be well received by retailers and consumers.

“With the way that all these retired players’ shoes are coming back out and doing well, I’m looking to get my own niche in the market,” Ewing told Footwear News.

The hall of famer added he was initially hesitant about coming on board for the relaunch, but was persuaded by GPF Footwear LLC, the licensing company responsible for the brand’s revival.

“We felt really comfortable about [GPF’s] approach because they were really passionate about doing it,” said Ewing’s agent, David Falk, adding that they had received proposals from several large international companies over the years. “[GPF] didn’t see this as something they would do for six months and go away, but as something that could last a long time.”

GPF Footwear acquired Ewing Athletics in 2011 and owns the rights to all the shoes made in its seven-year existence. Company President and CEO David Goldberg said the line will be aimed at 20- to 30-year-old consumers who already know of the brand, and the design will remain close to the originals.

Using a Chinese manufacturer, Goldberg reconstructed the shoes based on his own personal collection of vintage Ewings. Other signature elements of the line have also been duplicated, such as packaging, hangtags and the basketball keychain that came with the original sneakers.

Goldberg also is hoping the brand will score some points with younger shoppers. “There’s a heritage to these shoes and it’s important to us to educate the consumer about that story,” he said.

Social media will be the main tool for driving the buzz. Since announcing the relaunch on Twitter this past spring, the Ewing Athletics handle has picked up more than 24,000 followers. A timeline of Ewing Athletics sneakers also was posted on the brand’s website, where consumers were asked to vote on which styles should return.

“We want to be very organic in terms of how we interact with our consumers,” Goldberg said.

The first sneaker in the Ewing Athletics line will be the 33 Hi style, which will retail for $100. Four colorways will soft launch next month in a handful of New York-based boutiques, and then roll out to 33 sneaker shops nationwide throughout the fall. Kids’ sizes will be introduced for spring ’13.

Lester Wasserman, owner of West NYC in Manhattan, is confident the brand will complement his product mix. “It’s going to resonate very well with our shoppers,” Wasserman said. “Our store stands on sports heritage, and there’s a great story to be told behind these shoes.”

SportsOneSource analyst Matt Powell noted that a brand built on Patrick Ewing’s image could be hit-or-miss in a category dominated by Nike’s Jordan label. “Although Patrick was a phenomenal player, he was never the biggest dog in the hunt in terms of shoes,” Powell said. “That being said, other retro products have had some success, and the Patrick designs were pretty compelling, so this could be some fun.”