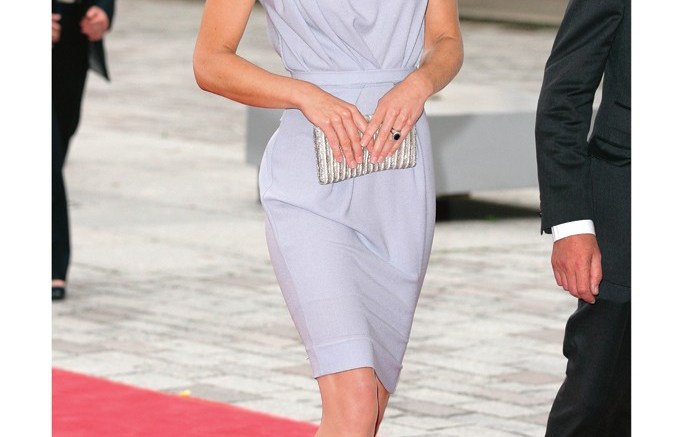 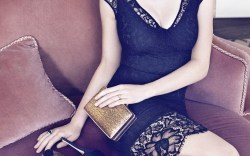 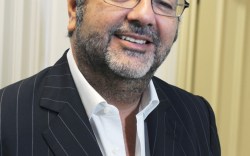 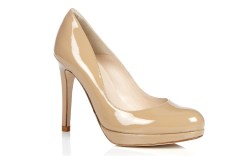 Robert Bensoussan has always had a knack for spotting big opportunities.

The fashion veteran, who spearheaded aggressive growth at Jimmy Choo during a six-year stint that ended in 2007, has unveiled a major global push for British label L.K. Bennett. And central to the plan is creating a major brand statement in the U.S.

“It’s our moment,” said Bensoussan, the firm’s executive chairman and CEO, whose Sirius Equity and Phoenix Equity Partners purchased the brand in 2008 from its founder, Linda Bennett, for an estimated 75 million pounds, or $118 million.

“We’re delivering the right product at a reasonable price, and the brand remains aspirational for a lot of people who see it as a stylish investment,” he said during an interview at the company’s townhouse headquarters near Oxford Circus in London. The average price point for the shoes is 170 pounds, or $267, while handbags average about 325 pounds, or $510. Prices are 20 percent higher in the U.S.

Since taking over, Bensoussan has overhauled all aspects of the L.K. Bennett business.

He updated stores with help from Tiziano Vudafieri, the same Milan-based architect who revamped the Choo stores. Bensoussan also injected a dose of sophistication and modernity into the footwear designs, previously known for being well-made but dowdy, and he amped up the ready-to-wear and accessories offerings.

While Bensoussan and his team have been working behind the scenes, the brand has garnered some serious celebrity endorsements, from none other than Kate Middleton, the Duchess of Cambridge, who topped Vanity Fair’s 2012 International Best-Dressed list, released last week.

In fact, the brand is Middleton’s go-to footwear label, even as every major luxury designer vies to get their styles on her feet.

But that’s not enough for Bensoussan, who wants stylish women around the world — and not just in the U.K. — to buy into the updated look. “We’ve been so much associated with the Duchess lately that it’s important we move on. We want fresh faces, but not necessarily superstars, wearing our brand. And we want to have an international appeal,” he said.

In April, the label, which derives about half its revenues from footwear, took its biggest global step yet, with the opening of its first New York flagship at The Shops at Columbus Circle in the Time Warner Center.

The 2,100-sq.-ft store, on the second floor of the building, is the brand’s fifth standalone unit in the U.S. It follows last year’s openings in Chicago, Atlanta, Houston and Hackensack, N.J.. There are 10 more stores planned in major cities across the U.S. over the next three years.

“Retail stores bring more brand awareness,” said Tony DiMasso, the label’s U.S. head who also worked with Bensoussan at Jimmy Choo. “When we first came here two years ago, I was calling my contacts to try [and get stores in certain locations]. Now the landlords are calling us and want us to be there.”

On the wholesale side, L.K. Bennett also sells through eight Bloomingdale’s locations and 27 Nordstrom stores. The brand also has opened offices and a showroom space on the corner of 57th Street and Madison Avenue, not far from the Coach flagship.

In addition, the company shot its fall campaign in a New York studio and picked British actress Emily Mortimer, who is currently starring in “The Newsroom” on HBO. The ads, shot by Catherine Servel and styled by Kate Young, show Mortimer wearing platform heels and a clutch from the main line and a lace dress from the brand’s new ready-to-wear capsule collection, called Black Ribbon. (For spring, footwear is slated to be added to the Black Ribbon mix.)

The ramped-up advertising push is critical as the brand looks to diversify from a retail-centric business to a major player at wholesale.

“Right now, just 8 percent of the business is wholesale, but it’s going to grow massively for us,” Bensoussan said. “We’re playing on three major product categories — shoes, bags and ready-to-wear — and creating a balance between design, quality and price.”

Globally, L.K. Bennett trades in four Printemps concessions, including the flagship store in Paris, and six Galeries Lafayette stores. A further three are due to open in the coming months. The brand operates four concessions in El Corte Ingles in Spain, with another three set to open later this year. There are also concessions in three de Bijenkorf locations, including Amsterdam. There are franchises in Dubai and Qatar, with Abu Dhabi set to open this week. Lebanon and Kuala Lumpur openings are planned for next spring.

Going forward, Bensoussan said there is opportunity with the online business, whose revenues are triple those of its biggest flagship. And there are plans to launch a U.S. website in the next 18 to 24 months. While the brand does no business in Asia right now, it aims to launch there eventually.

Bensoussan acknowledged that operating in today’s marketplace is far different from a decade ago, when he was building Jimmy Choo. “It’s much more competitive because there are so many more brands out there, and there is less money in the market. People are more careful when they spend. But our prices are 50 percent less than the top designer brands, and that opens up so much possibility.”