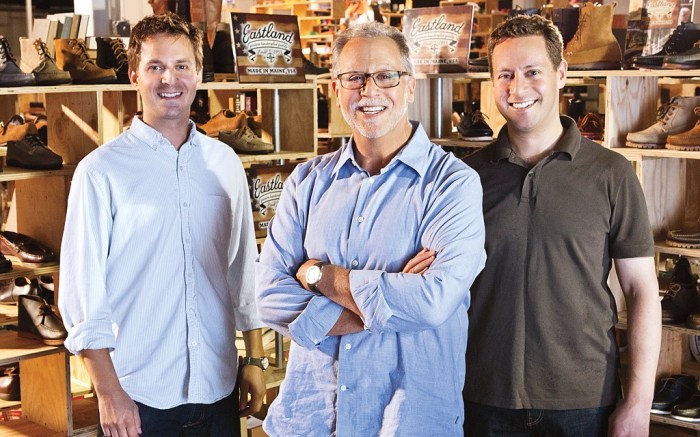 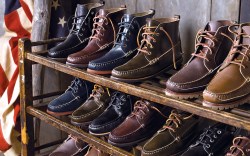 Eastland Shoe Corp. is looking to its past to build its future.

The Freeport, Maine-based firm, known for handsewns and casuals for men and women under its main Eastland label, collaborated with Mark McNairy for a fall ’12 capsule men’s collection that puts the designer’s spin on classic Americana looks. Coinciding with the launch, the company will introduce two women’s lines designed to go hand in hand with its Made in Maine and Eastland 1955 Edition men’s ranges. The new offerings are the latest in a string of initiatives sparked by the fall ’10 debut of Made in Maine, a luxury collection produced exclusively in that state.

“We felt there was a market for [a higher-end line],” said VP Jordan Klein. “There was a resurgence of these Americana looks. They’re true to what our brand represents. [Made in Maine has] resonated with our consumers and buyers.”

Eastland, which started in 1955, continues to be a family-owned business. Jim Klein serves as president, with sons Jordan and Joshua sharing the VP title. The company ceased domestic production more than a decade ago when manufacturing shifted to China, but in 2010 it partnered with an established U.S. factory to broaden its offerings.

The Made in Maine line, retailing for $285 to more than $500, focuses on six styles representative of Eastland’s signature looks, including camp and penny mocs, sandals and rugged boots. The collection’s better price points, part of a new strategy for the company, according to Jordan Klein, has given it access to tony retailers including Neiman Marcus and Barneys. (By comparison, the core brand is sold to Famous Footwear, DSW and Urban Outfitters.) The newer line also has opened up international distribution in Asia, Australia and Europe.

Made in Maine’s domestic story has given the label an edge at retail, said Tung To, men’s buyer at Philadelphia-based Boyd’s. “We’re interested in [product that is] made in the U.S.,” said To. “It’s only one of a handful [of brands manufactured here], and that’s a selling point to customers.”

The venture with McNairy will also be produced domestically. The collaboration will feature three boots priced in the $500-plus range. “The boots are very limited and cut to order,” said Jordan Klein.

Bodega in Boston has picked up both Made in Maine and the McNairy product. “Exclusivity, for the most part, goes hand in hand with quality products,” said head buyer Leo Pagkaliwangan. “Eastland provides just that with Made in Maine and Mark McNairy.”

The retail success of Made in Maine inspired the Kleins to launch sister brand Eastland 1955 Edition for fall ’11. And though designwise it also plays off Eastland’s heritage looks, this line is produced in China to offer more accessible prices. Retailing from $155 to $285, the collection is sold at stores including Nordstrom, Bloomingdale’s and Anthropologie.

Price wasn’t the only factor in the decision to manufacture overseas, said Jordan Klein. The move also allowed Eastland to offer a broader selection that encompasses more than handsewns, such as bucks. “We have product that will cover other categories, but still says Eastland to our customers,” he said.

Chicago’s Haberdash EDC stocks both Made in Maine and Eastland 1955 Edition, but store President Adam Beltzman said the latter has a larger reach. “It allows us to bring that [Americana handsewn] look to a broader range of customers,” he said.

And because Made in Maine and Eastland 1955 are still relatively new, the Kleins said that estimating the brands’ ultimate contribution to the overall business is difficult. The main Eastland brand accounts for 85 percent of the company’s business. However, sales for 2011 increased from 2010, with another boost expected for 2012, said Jim Klein. He declined to give specific numbers for the privately held company.

Next, the firm is considering a branded store of its own. “We’re exploring all options for Eastland retail,” said Joshua Klein. “As with everything we do, we want the concept to be a true reflection of the Eastland brand.”